BANGKOK, Feb. 22 (Xinhua) -- The Thai government announced Monday to extend the emergency rule against COVID-19 for another month, but ease some restriction measures as the country's daily new caseload fell below 100 in recent days. 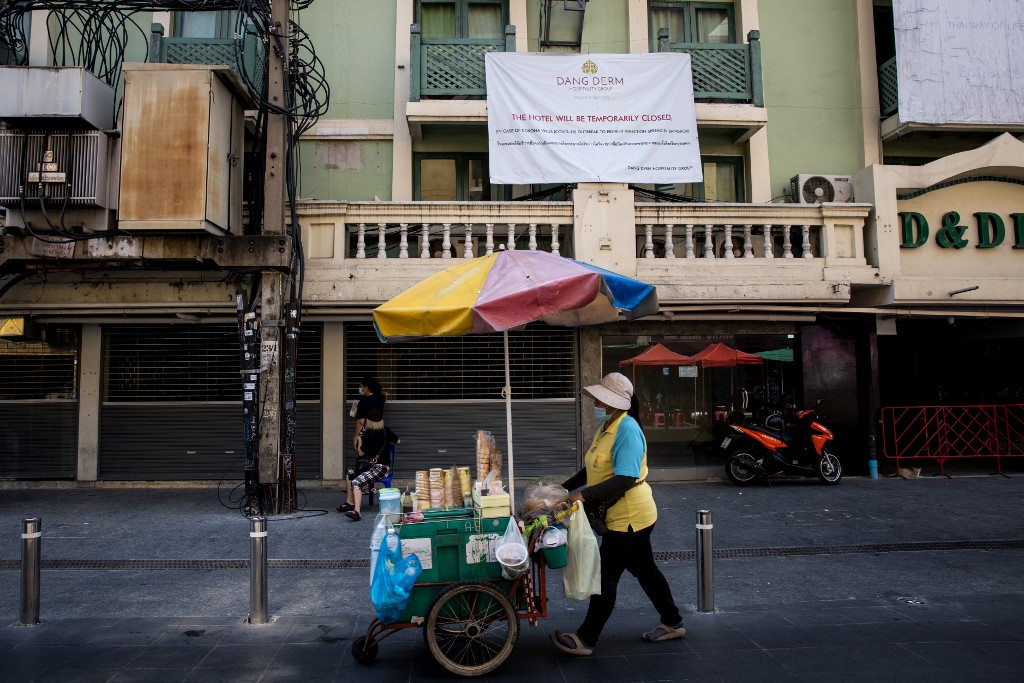 An ice cream vendor pushes a cart past a hotel, temporarily closed due to the COVID-19 coronavirus pandemic, on Khao San Road, a once popular tourist strip in Bangkok on February 15, 2021. (Photo: AFP)

The Center for the COVID-19 Situation Administration (CCSA) extended the emergency rule until the end of March to effectively stem the domestic pandemic, said CCSA spokesman Taweesin Visanuyothin.

The emergency rule, which has been put in place since March last year and extended several times on a monthly basis, allows the government to streamline disease-control measures without multiple approval procedures.

The CCSA also lifted a ban on restaurants and bars serving alcoholic beverages in several provinces including the capital Bangkok but excluding Samut Sakhon province, where the new wave of outbreak was first detected. Alcoholic beverages can only be served until 11:00 p.m., Taweesin said.

Samut Sakhon now remains the only province under the highest risk category with continued containment measures.

Live music performances are also allowed at restaurants and bars but no customers are allowed to dance at such venues as yet, Taweesin said.