BANGKOK, May 21 (Xinhua) -- Thailand announced Friday to extend the state of emergency to the end of July as the country grappled with its worst COVID-19 outbreak so far that has shown no sign of improvement. 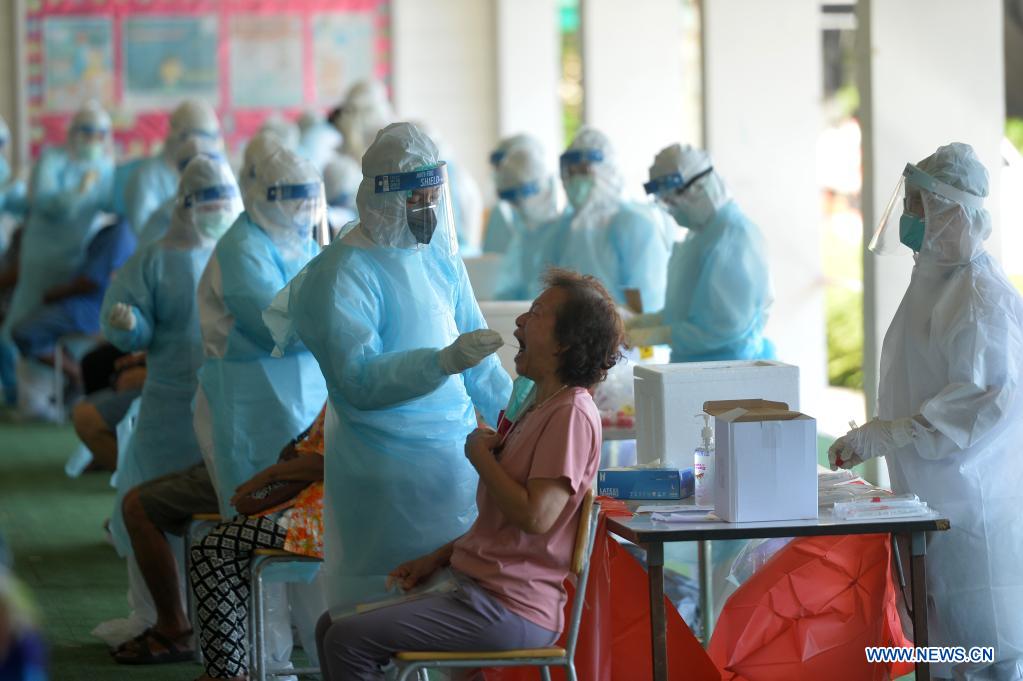 The Center for COVID-19 Situation Administration (CCSA) on Friday approved the extension of the emergency decree nationwide until July 31 to contain the spread of the virus, according to CCSA spokesman Taweesin Visanuyothin.

The decree, which has been put in place since March last year and extended several times on a monthly basis, allows the government to streamline disease-control measures without multiple approval procedures.

Thailand is now fighting against the third wave of outbreak, with its total caseload more than quadrupling and death toll increasing sevenfold in the past seven weeks. The outbreak, which started from entertainment venues in the capital Bangkok in early April, has now spread to crowded communities, prisons and construction work sites.

Of the new cases, 1,644 were confirmed at hospitals, 951 were detected at prisons, 874 at communities and workplaces while 12 under mandatory quarantine from abroad, Taweesin said.

He said 15 construction workers in Bangkok have been found to be infected by the COVID-19 variant first detected in India.

As of Thursday, the country has administered more than 2.64 million doses of COVID-19 vaccines, with more than 920,000 people having received both doses, while more than 1.7 million having received the first doses, according to the spokesman.

The government aims to inoculate 70 percent of its nearly 70 million population by the end of the year. A mass vaccination program will roll out on June 7 when foreigners in the country will also be able to register for injection at designated venues.