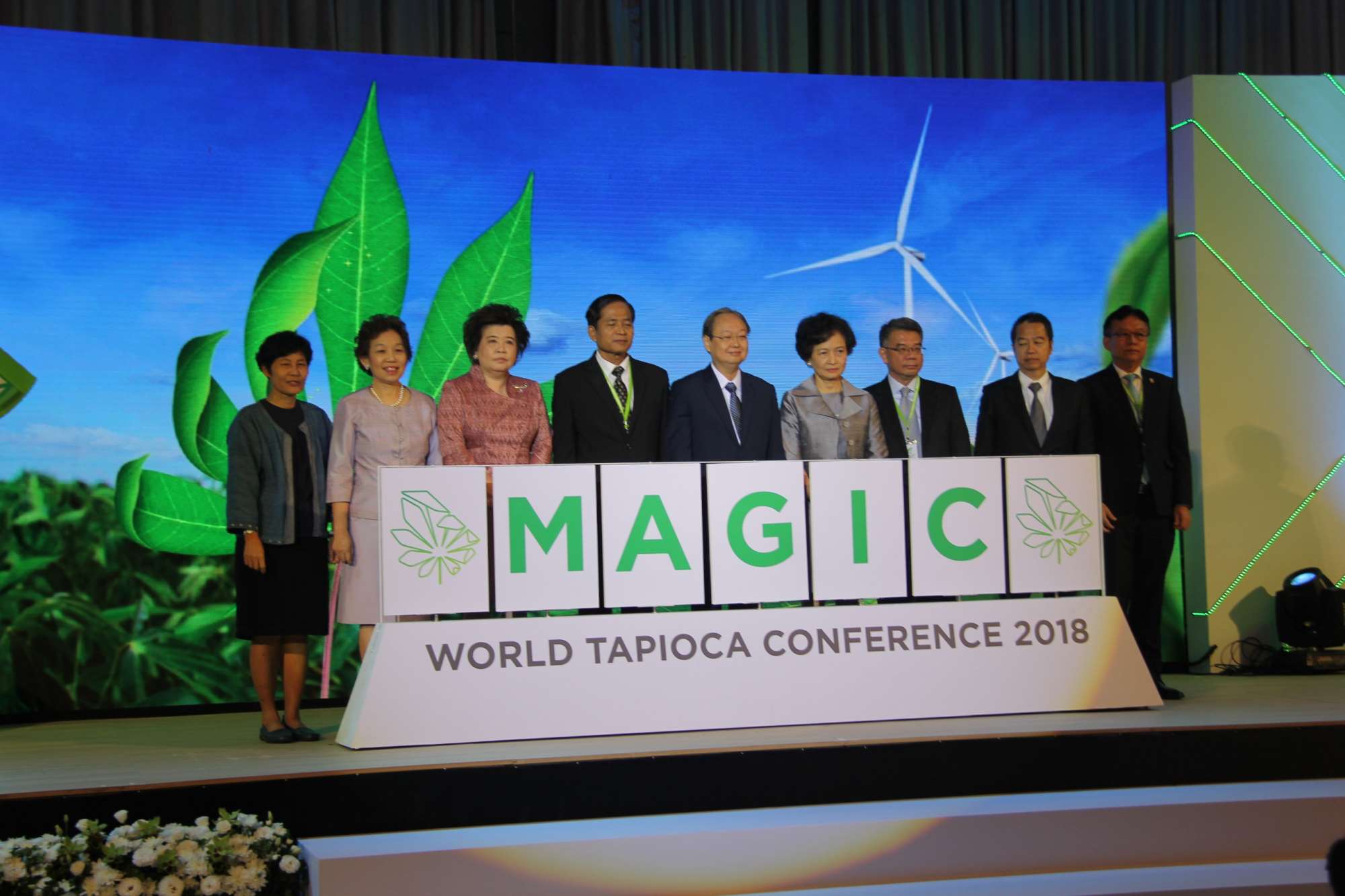 The conference offers public and private stakeholders around the world a chance to exchange views and track trends in production and processing as well as discussing the latest technologies and innovations in Thailand's cassava industry.

This year featured a meeting between Cambodia, Laos, Vietnam and Thailand, which establishes guidelines for the exchange of information on production, and to collaborate on marketing to stabilize cassava prices and increase farmers' income.

The conference also hosted business-matching activities, resulting in purchase deals between Thai and foreign countries such as China, Turkey, Japan, India and Indonesia. In total, the agreements struck at the conference represented more than 1.49 million metric tons of cassava sales,  worth over 14 billion baht ($422 million).

Thailand Commerce Minister Sonthirat Sonthijirawong urged cassava growers to trust in the government's measures to develop the production sector and find new sales opportunities. The government used the conference to promote confidence in Thai cassava. It also sought opportunities in new markets such as New Zealand and Turkey, which are expected to push the average prices to 3.15 baht per kilogram, the highest in 10 years.

Cassava exports in the first four months of the year topped 360,000 tons. While volume actually decreased by almost 8 percent, the trade value increased by 26.26 percent year on year.