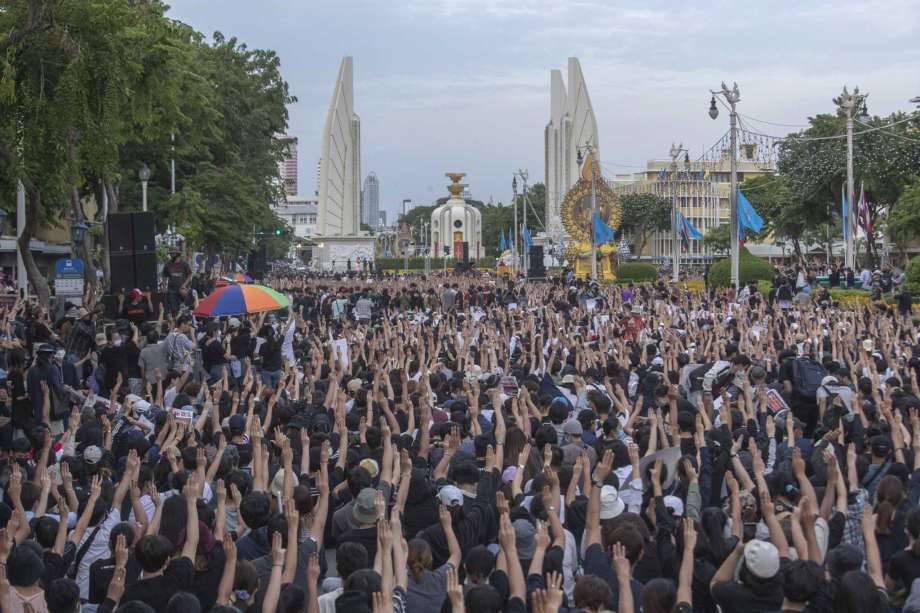 A pro-democracy protest in Bangkok has drawn 10,000 people, police told AFP Sunday, the largest political gathering the kingdom has seen in years.

"For the student protesters, it is at 10,000," an official from Bangkok's Metropolitan Police Bureau told AFP as the rally continued Sunday night.

The massive turnout comes after weeks of student-led protests calling for an overhaul of premier Prayut Chan-O-Cha's government.