BANGKOK, April 24 (Xinhua) -- Thailand on Saturday broke another daily record with 2,839 new COVID-19 cases, taking the total caseload to 53,022, as the country strives to contain its most severe coronavirus outbreak so far. 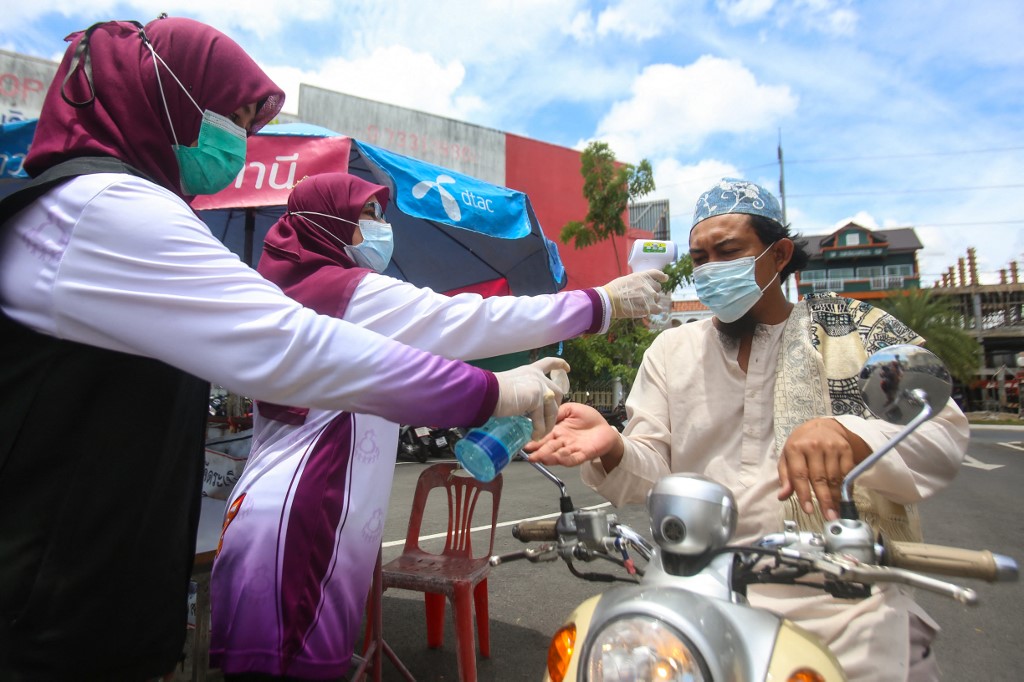 Volunteers check the temperature of a man while providing him with hand sanitiser at the Pattani Central Mosque in southern Thailand's Pattani province on April 23, 2021. (File photo: AFP)

Some 68 of the country's 77 provinces reported new infections Saturday. The capital Bangkok saw the most daily increase with 1,582 new cases, according to the Center for the COVID-19 Situation Administration (CCSA).

The third wave of infections, spreading from entertainment venues in Bangkok early this month, has nearly doubled the figure of the country's total cases compared with the beginning of this month.

In a televised address, Prayut did not announce new restrictive measures but said the government could quickly tighten measures if the situation further worsens.

"I firmly believe we can overcome this terrible disease," he said, adding the country had planned to vaccinate 50 million people within this year.

On Saturday, a new batch of Sinovac vaccines arrived in Bangkok, the fourth batch of delivery.

To stem the spread of COVID-19, as of Saturday, 42 provinces have made face mask wearing mandatory in public places, according to the CCSA. Violators could be fined up to 20,000 baht (about 637 U.S. dollars).

Despite the rapid spread of the disease, the Thai government has refrained from imposing heavy lockdown measures to avoid further denting economic growth that had already registered its deepest decline in over two decades last year.