BANGKOK, March 23 (Xinhua) -- Thailand on Tuesday reported 401 new COVID-19 cases, a sharp uptick in the daily tally, according to the Center for the COVID-19 Situation Administration (CCSA). 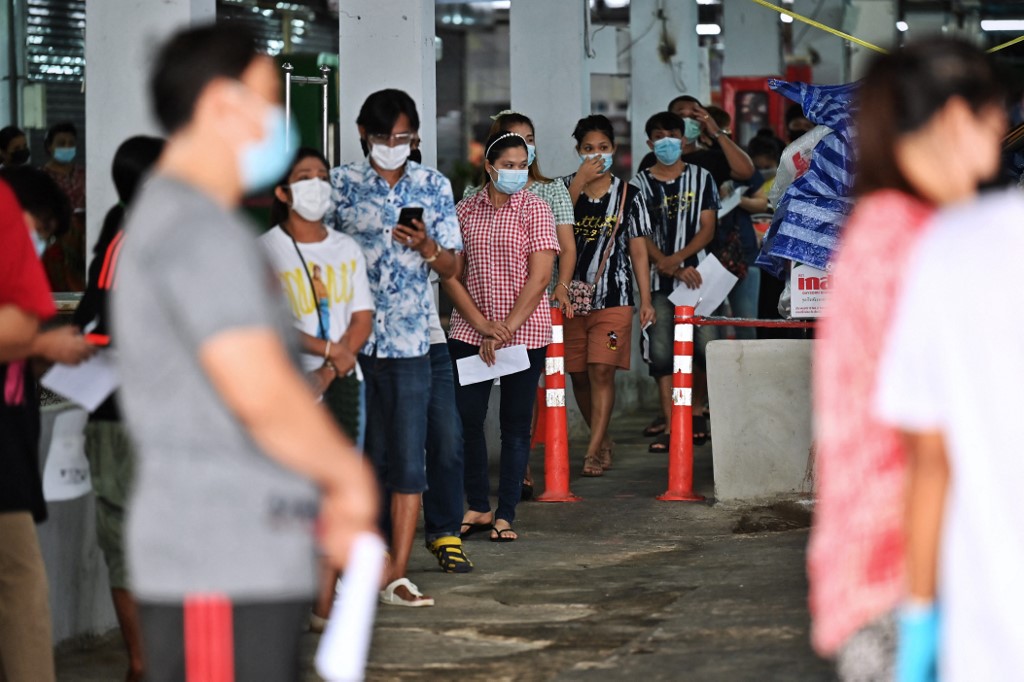 People wait in line to receive the CoronaVac vaccine, developed by China's Sinovac firm, at a makeshift clinic in Bang Khae Market, after hundreds of residents in the district tested positive for the Covid-19 coronavirus in Bangkok on March 17, 2021. (File photo: AFP)

A majority of the new infections, 383 cases, were domestic infections while 18 others were imported cases, according to a CCSA report.

Of the domestic cases, 352 were confirmed in the capital Bangkok, 17 in Samut Sakhon and 11 in Nakhon Pathom, among other provinces, the report says.

The new cases reported in Bangkok included 318 cases detected among illegal migrants, mostly being Myanmar nationals, detained at the Immigration Bureau's detention center in Bang Khen area of the capital.

Deputy Prime Minister and Public Health Minister Anutin Charnvirakul called on the public not to panic over the latest surge in the number of cases, which he said was not considered by the authorities as a third round of the domestic pandemic.

Anutin confirmed most of those young migrants have been reportedly infected without symptoms and been sent to a field hospital.

He said the Disease Control Department, the personnel of which were vaccinated against the coronavirus, has effectively put the situation under control.

A new fatality reported Tuesday was a 75-year-old Thai man, who reportedly had a valvular heart disease and high blood pressure, taking the country's total death toll to 92, the CCSA report says.

Thailand's total caseload has risen to 28,277, with 25,275 of which being domestic infections while 3,002 others being imported cases.

So far, 26,766 patients have fully recovered and been released from hospitals while 1,419 others are currently hospitalized.