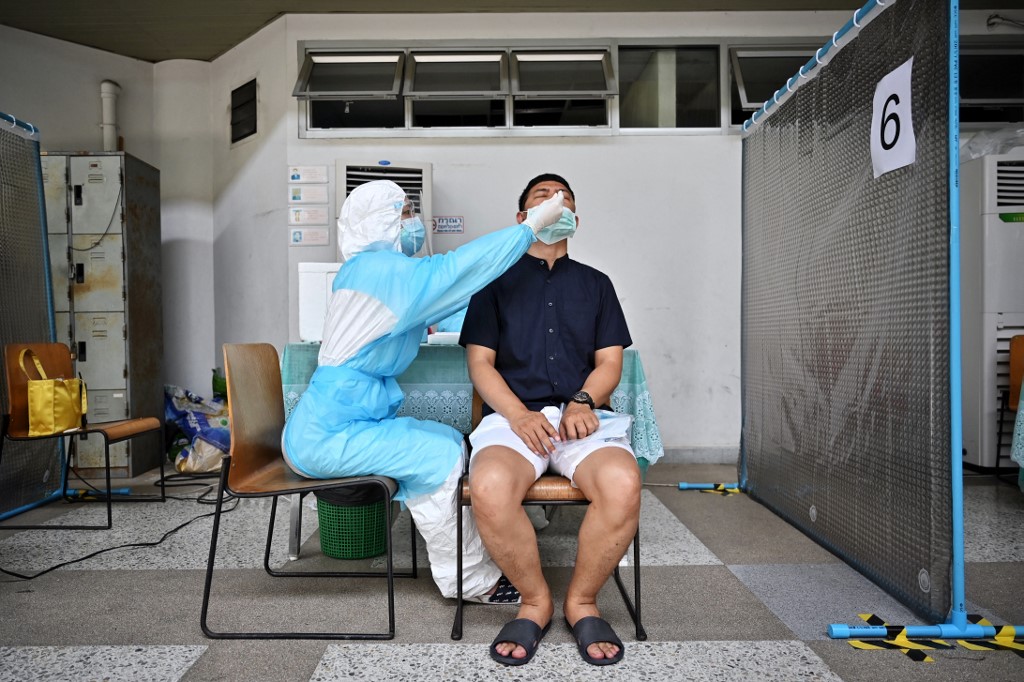 A medical worker wearing personal protective equipment (PPE) takes a nasal swab sample from a man to test for the COVID-19 at the Thai-Japanese Stadium, also known as the Bangkok Youth Center, in Bangkok on April 27, 2021. (File photo: AFP)

The national toll has reached 163, of which 69 have died since the beginning of the third wave in April this year, CCSA spokesman Taweesin Visanuyothin told a press conference.

A total of 2,179 new COVID-19 cases were reported on Tuesday, with 2,174 domestic infections and five imported cases, Taweesin said.

The total case tally in Thailand has now reached 59,687, of which 33,551 patients have fully recovered and been released from hospitals while 25,973 others are currently hospitalized.

According to the latest data, around 0.3 percent of the country's population has been fully vaccinated, with 1,012,388 people received the first dose, while 214,644 received the second one.