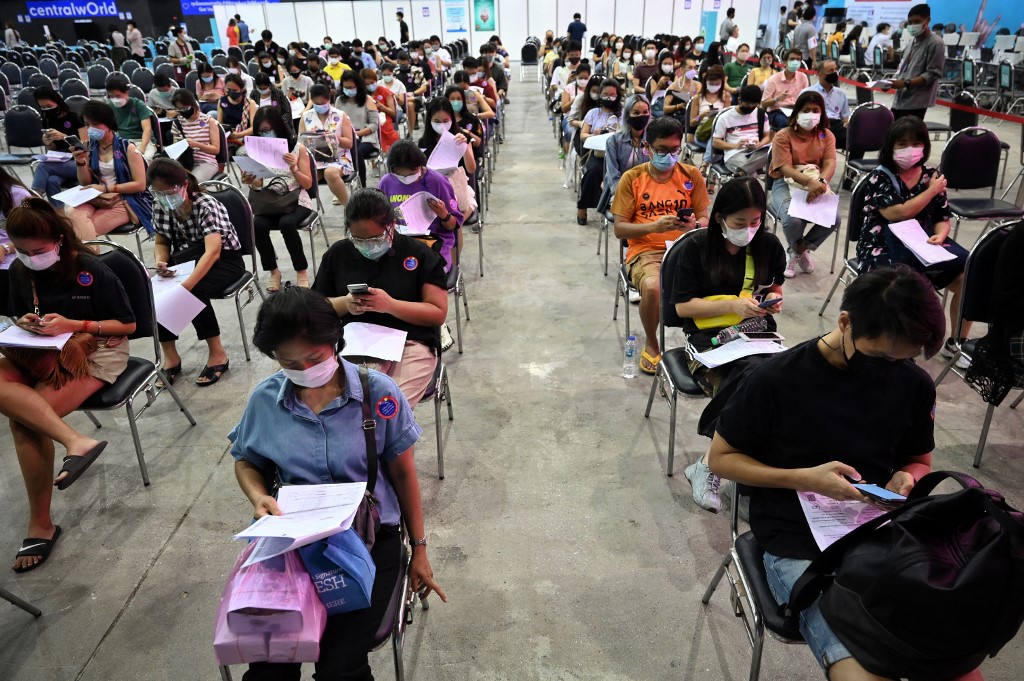 People wait for a period to monitor for side effects after being administered a dose of the AstraZeneca COVID-19 vaccine inside the Central World shopping mall in Bangkok on June 7, 2021, as mass vaccine rollouts begin in Thailand. (File photo: AFP)

The new cases, with five imported and 2,995 locally transmitted, brought the total tally to 202,264, according to the Center for the COVID-19 Situation Administration (CCSA). Thailand also reported 19 more deaths on Tuesday, taking the national death toll to 1,485, the CCSA said. As of Monday, approximately 6.5 million doses of the COVID-19 vaccine have been administered in Thailand, of which around 2.4 million doses have been given since June 7, the first day of the nationwide vaccination campaign, the official data showed. In Phuket, about 61 percent of its population have received the first shot as the Thai island prepares to open up for international tourists on July 1. Further, CCSA confirmed that the vaccination campaign is in line with their schedule which aims to inoculate 50 million people by the end of this year. The schedule was challenged as the vaccine delivery met some delays recently.