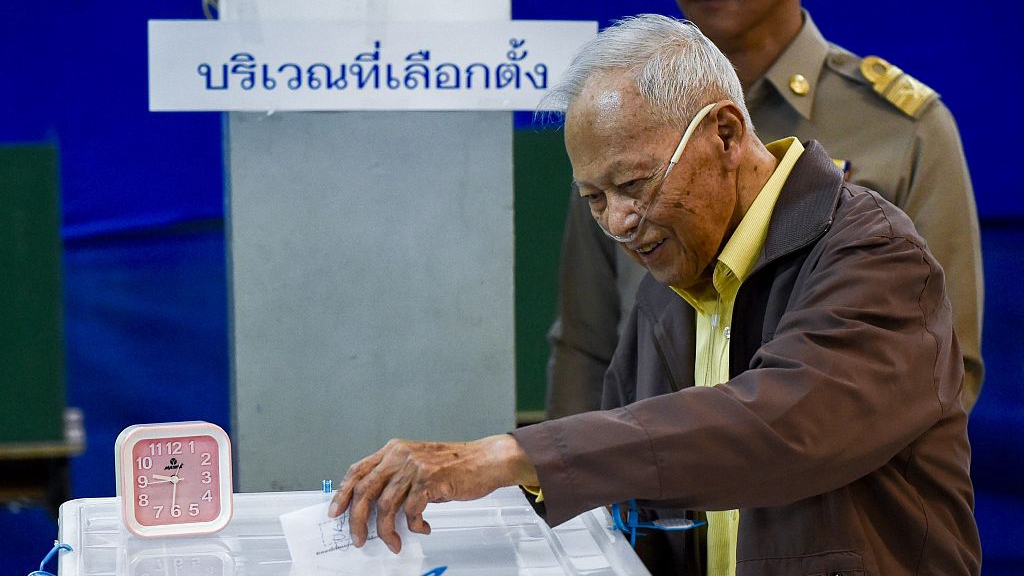 Hundreds of thousands of voters crowded into schools, parking lots and temples across Thailand on Sunday, eager to cast an early ballot a week before the country's first election in eight years.

Advanced voting is usually a tepid affair, but on Sunday excitement was high as voters turned up in droves to polling stations. More than 2.3 million Thais are expected to vote before the official March 24 poll date.

"I finally have a chance to cast my vote as I've waited for so long," said 48-year-old Paka Kaengkhiew as she stood in line in front of Bangkok's Phra Khanong district office.

In Dusit district – home to military offices and government buildings – voters crowded in a school yard before a polling station there opened. People dressed in their work clothes – military uniforms, hospital scrubs and more casual attire – waited patiently to cast their ballot, aided by student helpers.

At 9:00 a.m., former Thai Prime Minister Prem Tinsulanonda, also member of the advisory board to Thai King Maha Vajialongkon, arrived at the school.

Watched by Thai and international media, the 98-year-old came in a wheelchair into a classroom boasting a portrait of the late King Bhumibol, who he advised, before walking the final steps to a polling booth.