BANGKOK, June 2 (Xinhua) -- Thailand is speeding up COVID-19 vaccine distribution as preparation for a mass inoculation campaign is due to start next week amid efforts to contain the country's worst wave of outbreak so far. 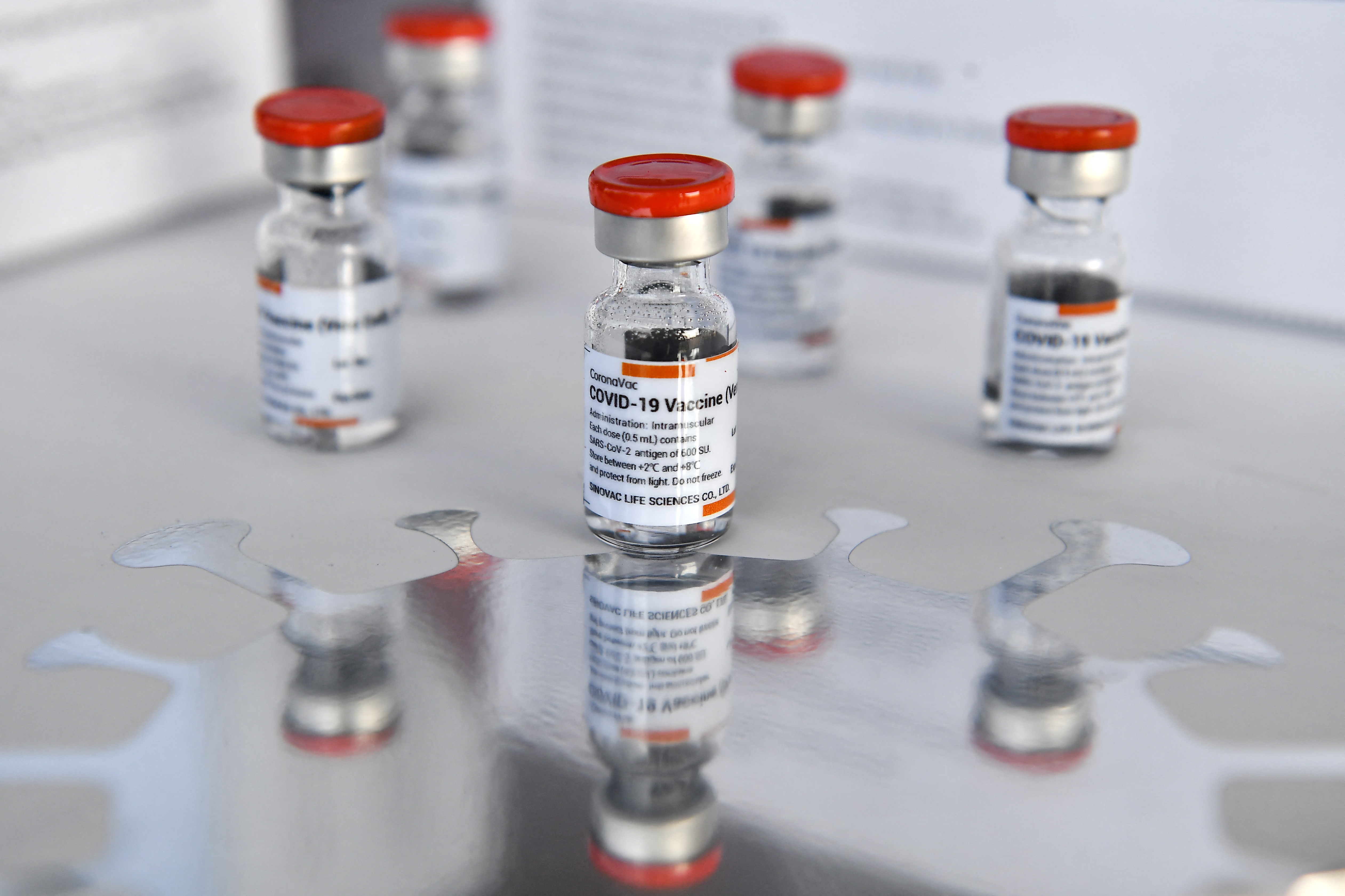 In this file photo taken on February 24, 2021 vials of the CoronaVac vaccine, developed by China's Sinovac firm, are displayed in Bangkok. (Photo: AFP)

Some 940,000 doses of vaccines have been distributed to vaccination centers nationwide on Tuesday and Wednesday, the Center for the COVID-19 Situation Administration (CCSA) spokesperson Apisamai Srirangsan told a press conference.

This came ahead of the mass inoculation campaign, scheduled to start on June 7, as the country aims to vaccinate 70 percent of its nearly 70 million population by the end of 2021.

In a joint statement with its Thai partner Siam Bioscience, AstraZeneca said it will deliver the first locally produced vaccine doses to Thailand's Ministry of Public Health this week, while distribution to other Southeast Asian countries will commence in July.

The Siam Bioscience, the only manufacturing site of AstraZeneca's COVID-19 vaccine in Southeast Asia, will play a critical role in the supply to other Southeast Asian countries, according to the statement.

On Wednesday, Thailand reported 3,440 new COVID-19 cases, raising its total caseload to 165,462 from less than 30,000 at the beginning of April, when the third wave of outbreak started to spread from the capital Bangkok.

By regions, Bangkok still has the largest number of infections, with 680 new cases confirmed over the past 24 hours and 48 active clusters having been reported, according to the CCSA.