BANGKOK, Dec. 23 (Xinhua) -- Thailand's Ministry of Culture on Monday announced that its committee responsible in promoting and conserving cultural heritage has resolved to nominate Songkran Festival to the United Nations Educational, Scientific and Cultural Organization (UNESCO)'s Representative List of the Intangible Cultural Heritage of Humanity. 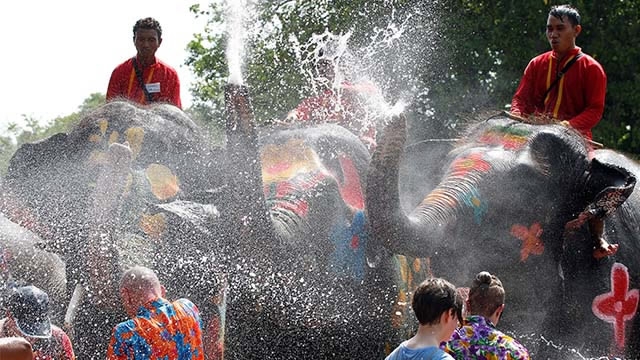 The committee would submit the proposal to the cabinet for approval within next February and send it to UNESCO within the following month, said Thai Culture Minister Itthiphol Kunplome on Monday.

It should enter the listing process of UNESCO in 2022 at the soonest, the minister said.

Itthiphol said that Tom Yum Kung or Thailand's spicy prawn soup would be nominated next.

He also said that UNESCO will consider Thailand's nomination of "Nora, Dance Drama in Southern Thailand" as intangible cultural heritage in 2021.

Nora is a form of dance-drama performed mainly in the southernmost provinces of Thailand and the northern parts of Malaysia.

This month, UNESCO had already included Thailand's "Nuad Thai," traditional Thai massage in the Representative List of the Intangible Cultural Heritage of Humanity.

And because of this, the Tourism Authority of Thailand and the culture ministry will organize special events to promote "Nuad Thai" from this month to next August, the minister said.