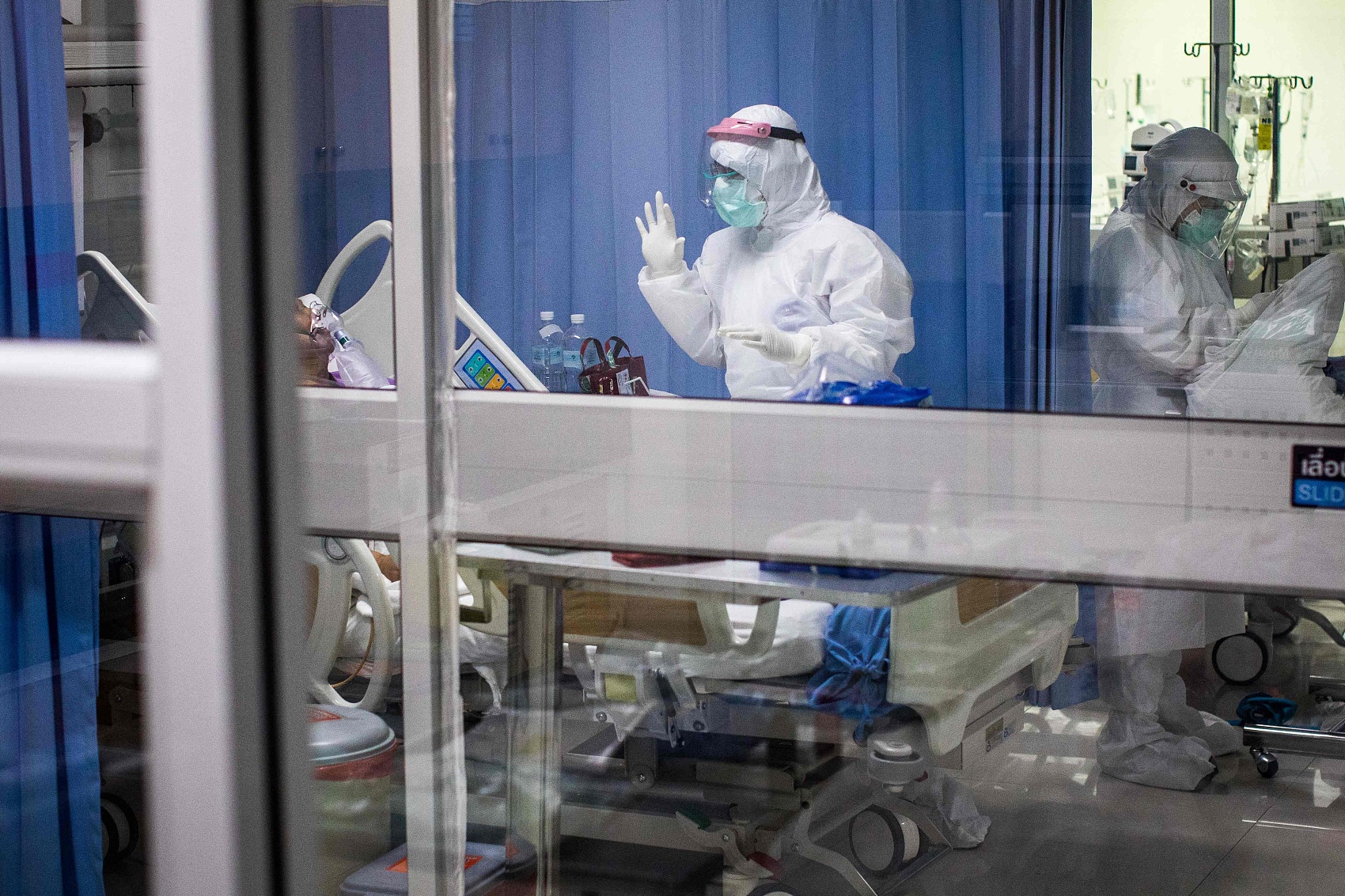 BANGKOK, July 18 (Xinhua) -- Thailand on Sunday announced an expansion of restrictive measures that include travel curbs, a night-time curfew and shopping mall closures to cover three more provinces as its daily COVID-19 case tally surged to a record high for the third consecutive day.

The Southeast Asian country reported 11,397 new cases and 101 deaths on Sunday, taking the total number of infections to 403,386 and cumulative fatalities to 3,341, according to the Center for the COVID-19 Situation Administration (CCSA).

Starting from Tuesday, shopping malls will be closed, while travel restrictions and a curfew between 9:00 p.m. and 4:00 a.m. will be imposed in the provinces of Ayutthaya, Chonburi and Chachoengsao. These measures will last for 14 days, according to a royal gazette announcement.

The capital Bangkok and nine provinces have been put under such partial lockdown from July 12 onwards and for at least 14 days, as the country is grappling with its worst wave of the outbreak.

Thailand has been trying to secure more vaccines as it vows to inoculate about 70 percent of its nearly 70-million population by the end of the year.

As of Saturday, the country has administered more than 14.2 million doses of vaccine, with less than 5 percent of the total population having been fully vaccinated, according to the CCSA.

Thailand planned to buy 50 million more doses of Pfizer vaccine from the United States, in addition to an order of 20 million doses that has been placed with delivery scheduled between October and December, Deputy Prime Minister and Public Health Minister Anutin Charnvirakul told reporters Sunday.

The new purchase plan has yet to be approved by the cabinet of ministers, according to Anutin.