Bangkok (People’s Daily) -In collaboration with China's Ministry of Culture and Tourism and the Chinese Embassy, the Tourism Authority of Thailand (TAT) is planning its most magnificent Chinese New Year celebration ever on February 1, with Princess Sirindhorn presiding over the opening on Bangkok's Yaowarat Road.

Yuthasak Supasorn, TAT Governor, told People's Daily, this year was distinct because it comes after Thailand welcomed 10 million Chinese tourists during 2018 for the first time. The festivities will overlap with the 44th anniversary of diplomatic relations between Thailand and China. 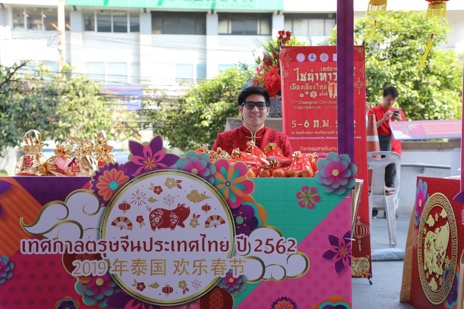 "Happy New Year to all Chinese celebrating the auspicious Year of the Pig. This year's event will come at a time when Chinese arrivals continue to be the engine that drives Thai tourism,"  Yuthasak said.

"TAT expects to welcome over 330,000 Chinese tourists during the seven-day period (February 4-10). They represent more than 30% of the 1.03 million international tourists expected to visit Thailand over the Chinese New Year," he added.

Yuthasak said Chinese tourists are also expected to spend more than 10 billion Baht (US$ 314 million) out of an estimated total revenue of 24 billion Baht from international visitors during the week-long period. 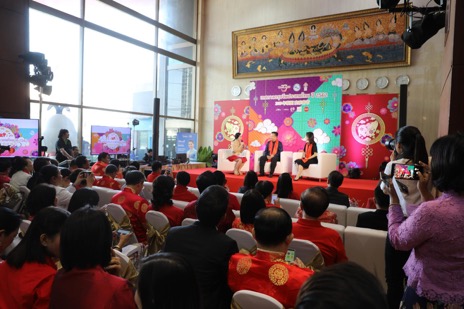 The TAT’s Chinese New Year 2019 celebrations are held in destinations popular with young Chinese tourists. Events are planned in Bangkok at Siam Square (from February 4-6 and Yaowarat Road on February 5); Chiang Mai at the Maya Lifestyle Shopping Centre (February 5-6); and Phuket at Central Phuket Floresta (February 5-6).

All three locations will feature cultural performances from China and Thailand. There will be demonstrations of various Chinese art forms including paper cutting (Jianzhi) and calligraphy, a fair selling goods and auspicious food, plus other activities and additional performances from well-known artists and pop stars.

This year China will send troupes from seven provinces to perform traditional shows. These include acrobats from Shanxi, puppet shows from Fujian, and traditional Chinese dances from Yunnan, Inner Mongolia, Heilongjiang and Qiandongnan. From Shandong alone, there are Chinese opera shows, traditional dances, acrobats and martial art (Kung Fu) exhibitions. 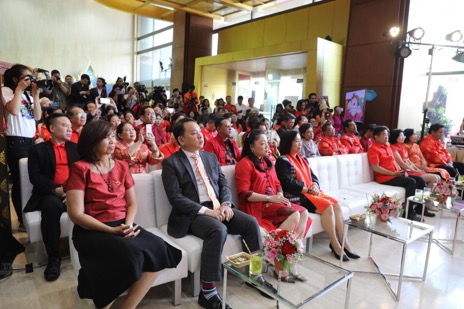 TAT is also supporting independent festivities organised by large ethnic Thai-Chinese communities at locations with a long-standing tradition of hosting New Year activities on a grand scale with each event expressing its own uniqueness. These include but are not limited to: Bangkok's China Town on Yaowarat Road, Chiang Mai, Nakhon Sawan, Suphan Buri, Ratchaburi, Ayutthaya, Phetchaburi, Nakhon Ratchasima, Udon Thani, Trang, Songkhla (Hat Yai), and Phuket.