As 2017 comes to a close, we take a look back at the 10 most popular pieces of content published at Brookings this year. From a quick response to“fake news” out of Saudi Arabia to a deep dive into how upper middle class Americans are hoarding opportunities, these were the pieces that captured your attention and helped set the tone for an eventful year.

And so, counting down from 10 to the most popular piece of the year …

Even in the midst of a prolonged economic expansion with a low national unemployment rate, jobs are not always available and not everyone who wants work can find it. In a report and interactive, Martha Ross and Natalie Holmes explored who these out-of-work Americans are, and offered solutions to help them find jobs. 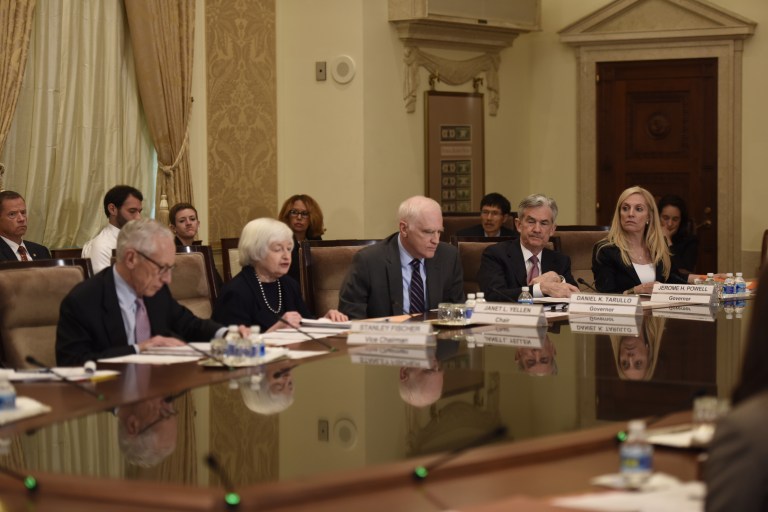 To help stabilize the financial system and promote economic recovery, starting in late 2008 the Federal Reserve purchased large quantities of financial assets. Since October 2014, the Fed hasn’t purchased assets at the same rate, but has kept the size of its balance sheet constant, buying just enough to replace maturing securities. Despite a current tightening campaign, Ben Bernanke argued that the Fed shouldn’t begin to shrink its balance sheet until short-term interest rates are well away from their effective lower bound.

Americans tend to take the fundamental stability of the international order for granted. But according to Robert Kagan, history shows that world orders do collapse. At this stage, he argued, the US must check the assertive, rising powers of Russia and China before it’s too late, rather than accept spheres of influence.

7. Views among college students regarding to the First Amendment: Results from a new survey 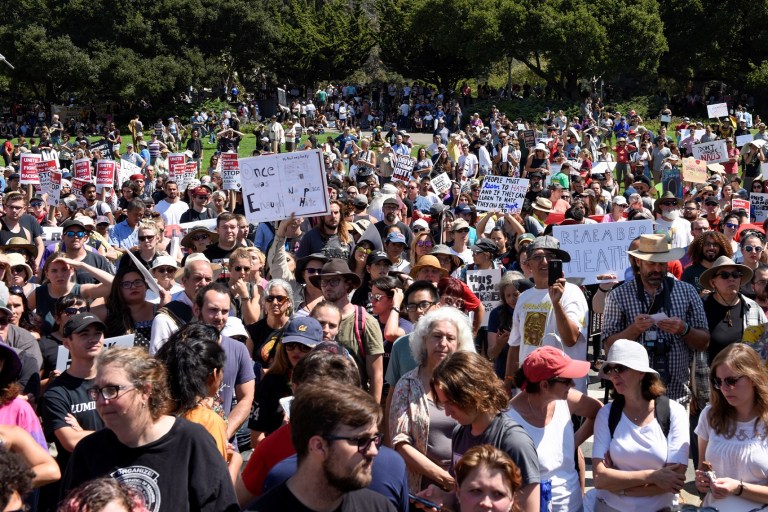 Counter protesters rally at a cancelled No Marxism in America event in Berkeley, California on August 27, 2017. (Photo: Kate Munsch)

In an effort to explore the critical issue of the First Amendment on college campuses, John Villasenor conducted a national survey of 1,500 undergraduate students at US four-year colleges and universities. The results showed that for many students, there is a significant divergence between the actual and perceived scope of First Amendment freedoms.

6. Mortality and morbidity in the 21st century 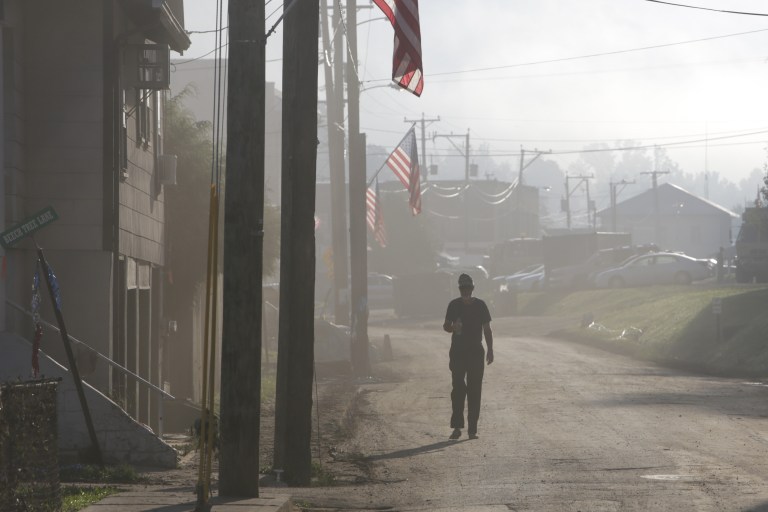 As part of the Brookings Papers on Economic Activity, Anne Case and Sir Angus Deaton explained that while midlife mortality rates continue to fall among all education classes in most of the rich world, middle-aged non-Hispanic whites in the US with a high school diploma or less have experienced increasing midlife mortality since the late 1990s.

5. Dream Hoarders: How the American upper middle class is leaving everyone else in the dust, why that is a problem, and what to do about it 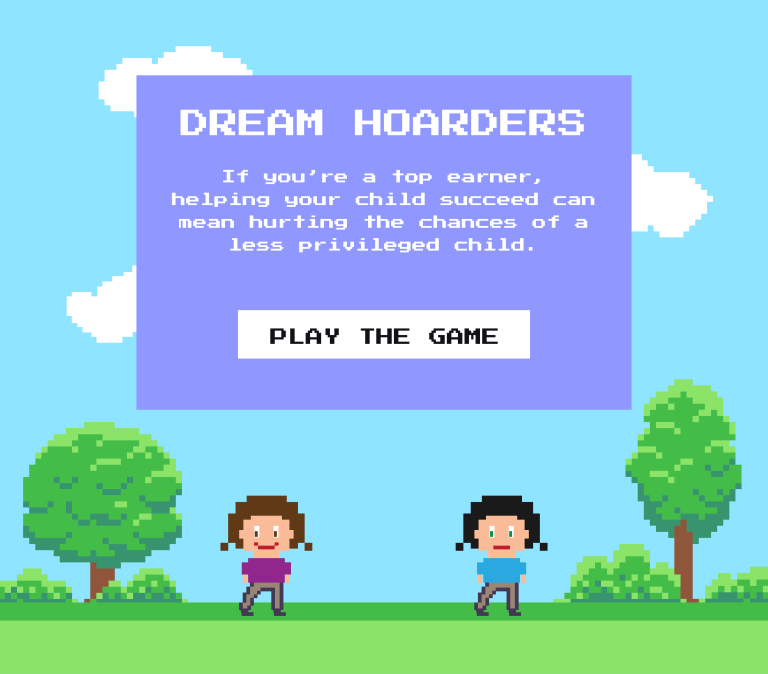 In his best-selling book, Richard Reeves argued that the separation of the upper middle class from everyone else is both an economic and social problem, and that the practice of “opportunity hoarding” is especially prevalent among parents who want to perpetuate privilege to the benefit of their children. (Are you a dream hoarder? Play this interactive game to find out.)

4. The geography of desperation in America

America today is as divided as it has ever been, in terms of incomes and opportunities, politics, and, perhaps most importantly, hopes and dreams. Carol Graham, Sergio Pinto, and John Juneau II set out to identify where in the US people are least optimistic and most concerned about their futures, and how these feelings of despair differ among races.

3. Which cities are well positioned and to land Amazon's HQ2? 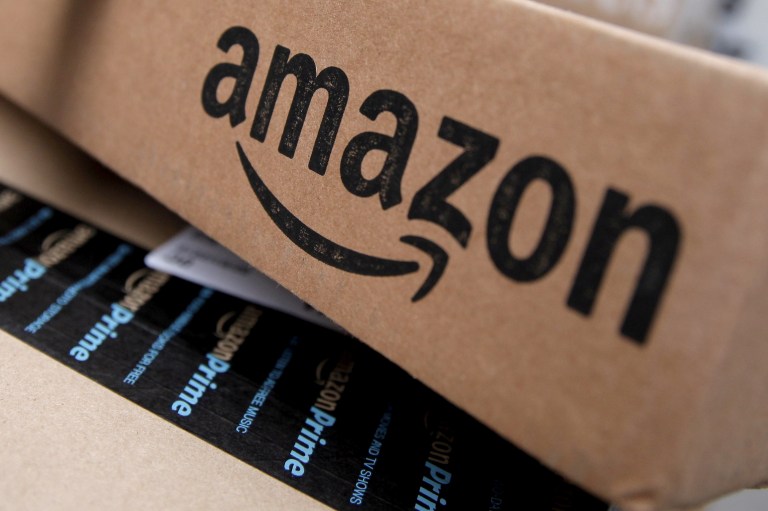 As American cities clamored for Amazon’s attention during a competitive selection process for the tech giant’s second headquarters, Joseph Parilla examined data to see which metro areas in North America were most likely to be top contenders for the lucrative bid.

2. The Wall: The real costs of a barrier between the US and Mexico 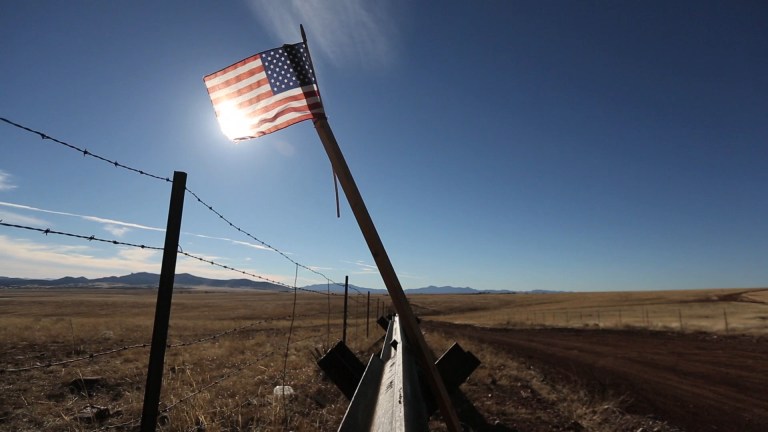 In her Brookings Essay, Vanda Felbab-Brown explored the true costs of building a barrier along the US-Mexico border, including (but not limited to) the estimated $12 to $21.6 billion price tag of construction.

1. The $110 billion arms deal to Saudi Arabia is fake news

During President Trump’s visit to Saudi Arabia in May 2017, his administration announced that he had concluded a $110 billion arms deal with the kingdom. The only problem, said Bruce Riedel, is that there was no deal.