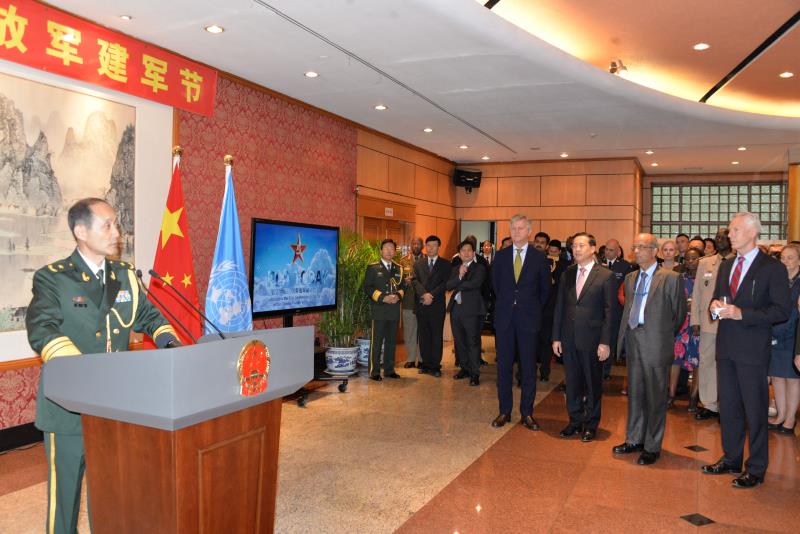 New York (People’s Daily) - The Chinese Permanent Mission to the United Nations held a reception on Tuesday evening to celebrate the 91st anniversary of the Chinese People's Liberation Army (PLA).

Major General Hua Bo, head of the Military Staff Committee of the Permanent Mission of China to the United Nations, said in his speech that since the establishment of the army 91 years ago, the Chinese People's Liberation Army has made significant contributions to the realization of the independence and liberation of the Chinese nation and the safeguarding of national sovereignty, security and development interests.

“In recent years, China’s military construction has made historic breakthroughs, and its organizational structure, strength system, and style of work have undergone revolutionary reshaping, effectively carrying out major tasks such as maritime rights protection, anti-terrorism and maintaining stability, disaster relief, international peacekeeping, convoying in the Gulf of Aden, and humanitarian relief. Basically, the task of reducing the number of military personnel by 300,000 yuan was completed, and a firm pace was taken on the road of strengthening the Chinese military strength,” said Hua. 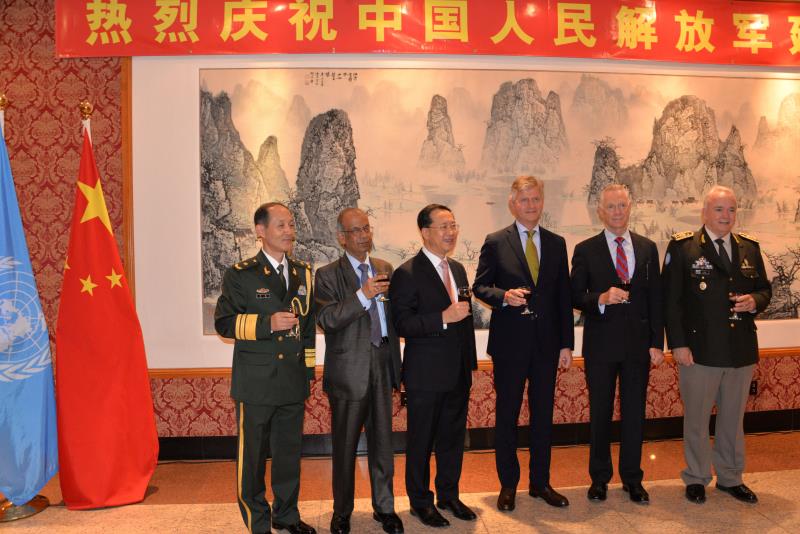 “In 2015, President Xi Jinping made an important commitment at the UN peacekeeping summit. China supports the improvement and strengthening of UN peacekeeping operations. The Chinese military has earnestly implemented its commitments and actively supported the UN's initiatives and the initiatives to improve the quality and efficiency of peacekeeping operations, strengthen the safety and protection of peacekeepers, and increase the proportion of female peacekeepers,” he said.

The guests warmly congratulated the Chinese People's Liberation Army for its 91st anniversary and spoke highly of the positive contribution the Chinese military has had on UN peacekeeping operations and world peace.