WORLD The EU’s new center point after Brexit: A field in Bavaria

The EU’s new center point after Brexit: A field in Bavaria 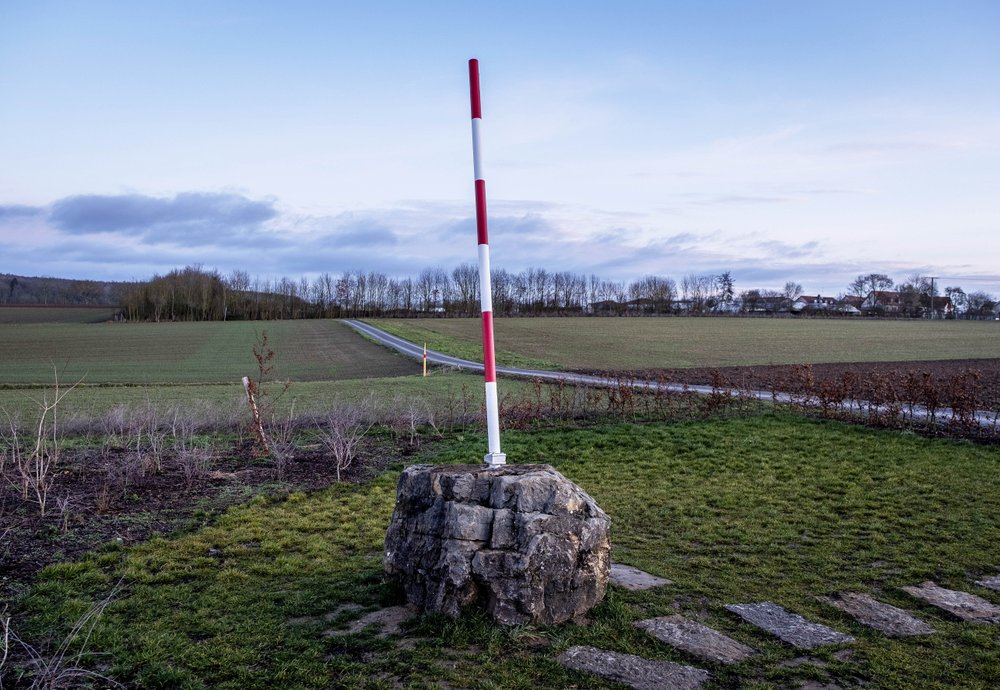 A pole marks the new geographical center of the European Union after the Brexit in Veitshoechheim-Gadheim, southern Germany, Thursday, Jan. 30, 2020. (Photo: AP)

Now that the European Union includes one less country, its geographical center has shifted to the southeast — landing in a nondescript field in Bavaria.

Gadheim, a village of 80 people near the German city of Wuerzburg, was ready for the bittersweet honor well before Britain left the EU at midnight on Friday. A red-and-white pole set on a boulder marks the new spot, and the flags of the EU, Germany and the local Veitshoechheim municipality fly on flagpoles next to it.

“On the one hand, of course I am proud and happy that we are becoming the new geographical center of Europe,” Veitshoechheim Mayor Juergen Goetz said. “On the other hand, of course it’s a sad occasion, because with Britain a country is leaving the EU for the first time.”

The honor of being the center of Europe stems from calculations by France’s national cartographic institute, IGN, which places the point at 9 degrees, 54 minutes, 7 seconds east and 49 degrees, 50 minutes, 35 seconds north.

Gadheim takes over from a spot in another northern Bavarian municipality, Westerngrund, which is 56 kilometers (35 miles) to the northwest.

The EU’s geographical center, as calculated by IGN, has been in Germany ever since the bloc expanded from 15 to 25 members in May 2004 by taking in 10 mostly eastern European countries. It has moved around, however, with the 2007 expansion to include the eastern nations of Romania and Bulgaria and then in 2013 with the arrival of the newest member, Croatia. Britain’s departure has reduced the bloc’s membership to 27 nations.

Goetz said he first heard of IGN’s calculation on a local radio station in March 2017, months after Britain voters decided to leave the bloc in a 2016 referendum.

“At first, I thought it was an April fool’s joke, an early one. But it turned out very quickly that it was really the case,” he said.

Local officials mulled what to do about it amid years of uncertainty over when, and even whether, Britain would actually leave the EU.

Goetz’s solution was to get the new center point ready “and, if Brexit hadn’t happened, we would have made a monument for the unity of Europe out of this point.”

The EU’s geographical center adds a new potential tourist attraction to the nearby Veitshoechheim palace, once the summer residence of Wuerzburg’s prince-bishops.