WORLD The giant panda: A symbol of goodwill

The giant panda: A symbol of goodwill 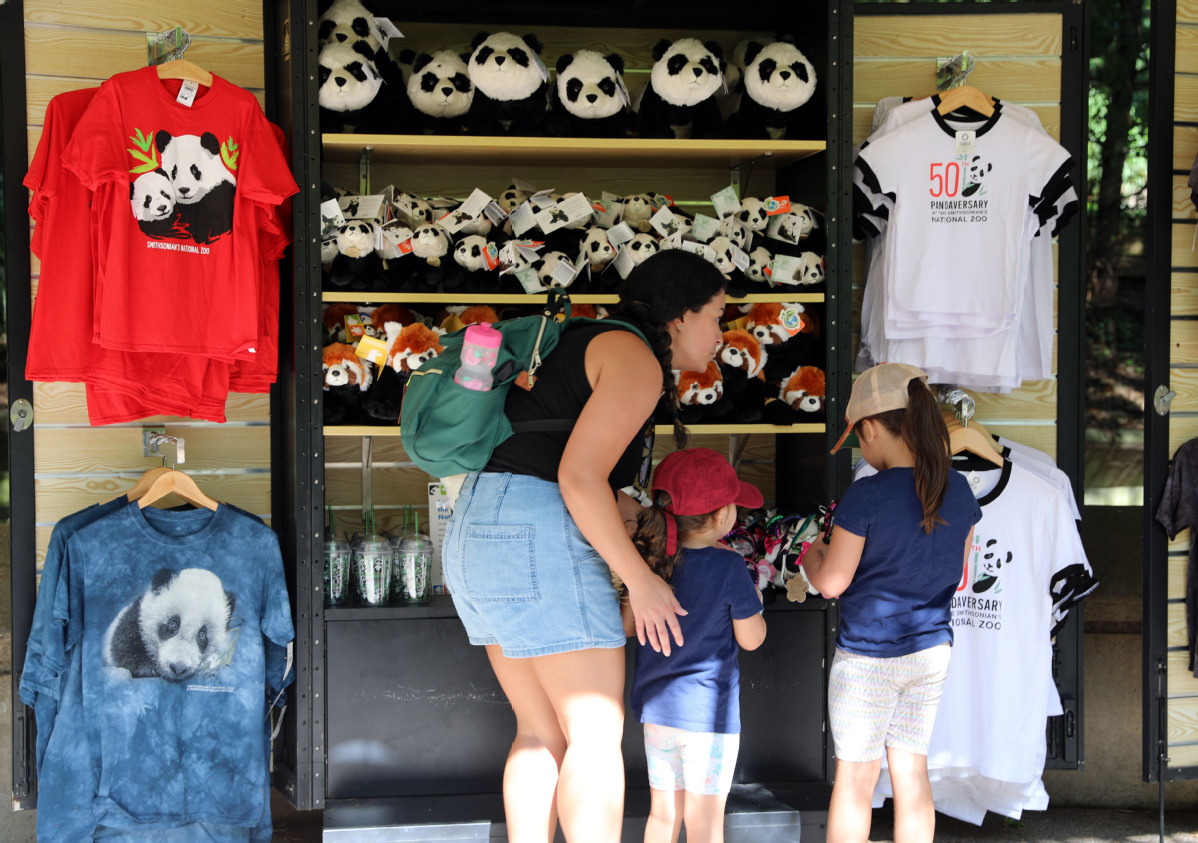 Visitors shop for panda merchandise at the Smithsonian National Zoo in Washington DC on Aug 23. Since mid-April, the zoo has held six-month-long events to celebrate the 50th anniversary of the arrival of giant pandas at the zoo. (Photo: China Daily)

If there is a symbol of China-US friendship that can unanimously win millions of hearts, it has to be the giant panda.

In September, China Daily released its serial video My China Album - 50th Anniversary of Giant Panda in America, a 2022 project co-produced by China Daily and the Chinese embassy in the United States.

The video recounts the jubilee of the pandas' arrival to the US 50 years ago and depicts in detail the five-decade-long collaboration between experts in both countries to protect and conserve this precious species.

In 1972, Beijing sent the first pair of giant pandas, Ling Ling and Xing Xing, to the US just weeks after then-US president Richard Nixon's historic visit to China. On April 20 that year, the duo debuted at the Smithsonian National Zoo in Washington DC, and since then have become superstars with millions of followers.

Currently, the National Zoo and two others in the US are hosting pandas — Zoo Atlanta in Georgia and the Memphis Zoo in Tennessee. In 2019, pandas in the San Diego Zoo in California were returned to China after a lease expiration.

My China Album details extensive bilateral efforts for panda conservation. Our reporters visited all four US zoos with pandas, interviewed panda program staff, conducted field research and talked to longtime zoo patrons who shared their fond memories of pandas and thoughts about the China-US relationship.

Pandas have exemplified the common bond between the two countries. In the album, we present the many light-hearted moments the furry creatures have brought us.

Since their arrival in Atlanta in 1999, the panda couple Lun Lun and Yang Yang started expanding their family, producing seven offspring, including two sets of twins, Mei Lun and Mei Huan in 2013, and Ya Lun and Xi Lun in 2016.

At the San Diego Zoo, Bai Yun was a popular mukbang performer whose followers never grew bored watching her munch on bamboo timbers.

In Washington, amid the COVID-19 pandemic in 2020, the birth of cub Xiao Qi Ji, or "Little Miracle", offered the world a much-needed moment of joy.

And there is much more.

Throughout this video, we discover the mutual trust and teamwork of the animal scientists, researchers, zookeepers and conservationists in both China and the US.

Those devoted individuals study panda behavior, monitor their health, restore and expand their habitat and nature reserve, and facilitate their reproduction.

We also highlight how cooperation and collaboration have transcended national borders and cultural and ideological differences over the past 50 years, to literally produce miracles.

In July 2021, China announced that there were 1,800 giant pandas living in the wild and confirmed that the bears are no longer considered an endangered species.

"Year by year, giant pandas have become an icon of mutual appreciation and friendship between the two peoples," China's Ambassador to the US Qin Gang said at a "Pandaversary Night" event in August. "China and the US can work together, not only in the area of panda conservation, but we can achieve more in other areas to benefit our two peoples and the peoples of the world."

To the ambassadors of friendship and goodwill, thank you, giant pandas!

Our special thanks goes to Florence Fang Family Foundation for her generous sponsorship!