The Internet has mixed feelings about the new World Cup anthem

The official song of the 2018 FIFA World Cup Russia “Live It Up” was released on Friday with an all-star line-up of international artists. The debut was supposed to take the Internet by storm, but it seems to have missed one of the most foremost element of the 2018 World Cup: Russia, leaving fans puzzled on social media. 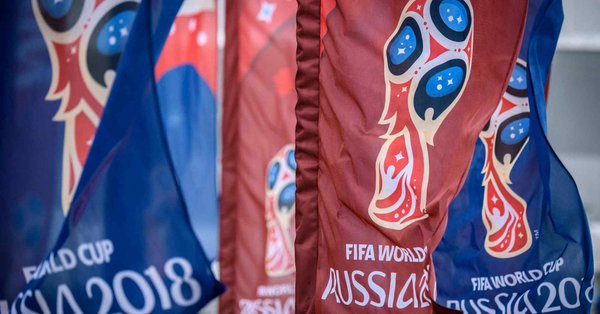 The anthem is unmistakably charged with fast-faced Latin American tunes. A collaboration between FIFA and Sony music, it was performed by American artist Will Smith, Reggaeton icon and Latin Grammy Award winner Nicky Jam, rising Kosovo-Albanian pop singer Era Istrefi, and produced by Diplo, the LA-based superstar DJ and producer.

It divided fans as soon as it was posted on social media, with many asking how the song related to the host country as it has no Russian influence. And its generic pumping beat and repetitive lyrics, such as “One life, give it up cos you've got one life," had fans and music critics agreeing to disagree on the Internet.

“First impressions are that it has everything you'd expect from a heavily-sanitized corporate creation masquerading as vaguely-relevant musical product,” the sports editor of The Independent, Ed Malyon wrote.

“The rhythm of the song isn't appealing and there is SPANISH in the song. The tournament is going to take place in Russia not in Spain so Russian rap in the song makes more sense,” Twitter user @Rabbi1118 said. “I do not feel it’s a song for the world cup,” from another Twitter user @Marce_rz. “This doesn’t sound Russian at all,” Weibo user @Fanqieshuipingmei said.

As many have mixed feelings towards the anthem’s obscure ties to Russia, some noticed that none of the countries the performers are from is completing in the tournament. In addition, many are comparing it with the 2010 World Cup anthem “Wavin’ Flag” by K’NAAN and the 2014 anthem “Waka Waka” by Shakira.

“I patiently wait for the OFFICIAL world cup song from the queen Shakira,” from Twitter user @Lejade_29.

Nonetheless, the 2018 anthem still won a segment of fans over with its catchy big-stadium energy. “I liked this. Its binds us and brings out the feelings of nostalgia and cherishing happy old memories and of joy and adrenaline raising times to be experienced in this coming #WorldCup”, Twitter user @RusianQuantum wrote.

On the performers' side, regardless how the song was received, they said it was an honor to be part of this global event.

“To record the Official Song for the FIFA World Cup is a lifetime achievement. Not many artists have the privilege of being able to say they’ve been part of this. I’m so proud and happy, I can say to my grandkids ‘I’ve made it’,” commented Nicky Jam.

“Being part of the 2018 FIFA World Cup Official Song has been an incredible and exciting experience so far…I’m a huge football fan too, so I can’t wait for the World Cup to begin,” said Era Istrefi.

“It’s an honor to be asked to perform at the 2018 FIFA World Cup. Collaborating with Nicky, Diplo and Era on this track represents harmony, eclectic flavors and genres coming together. At the end of the day, we just want to see the world dance,” Will Smith said in a statement.

The official music video for “Live It Up” will be released on June 7, and the trio will perform at the Luzhniki Stadium in Moscow before the final match on July 15, confirmed by FIFA.