WORLD The Latest: Barry expected to strengthen to hurricane

The Latest: Barry expected to strengthen to hurricane 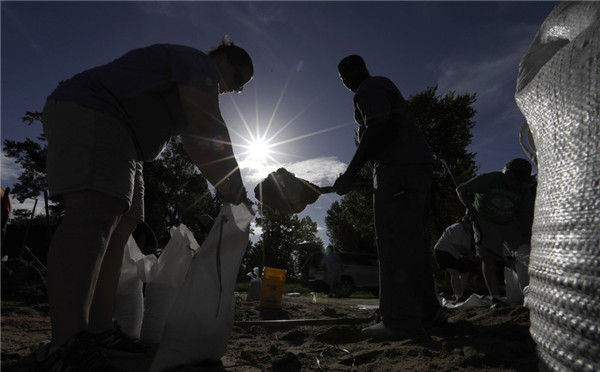 The Latest on Tropical Storm Barry (all times local):

The U.S. National Hurricane Center says Tropical Storm Barry is strengthening as it approaches the Louisiana coast and is again expected to become a hurricane when its center reaches land.

In a Friday morning advisory, the hurricane center said Barry's maximum sustained winds have increased to near 65 mph (104 kph) with additional strengthening expected before landfall.

A storm surge warning has been issued for Lake Pontchartrain and eastward to Biloxi, Mississippi.

The slow-moving storm is prompting fears of flooding in the region.

Hurricane warnings are in effect along the Louisiana coast. The storm's center is expected to come ashore Saturday. 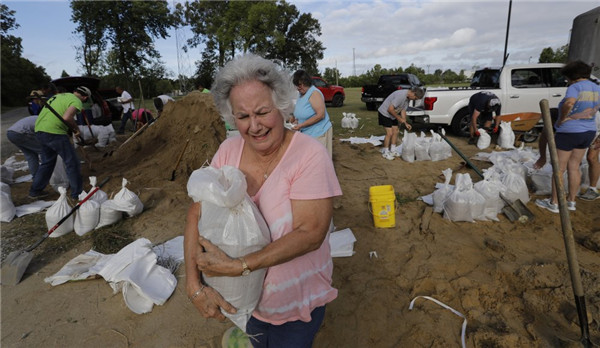 Diana Moreno carries a sandbag to her vehicle Friday, July 12, 2019, in Baton Rouge, La., ahead of Tropical Storm Barry.

Another coastal Louisiana parish has ordered evacuations as Tropical Storm Barry approaches from the Gulf of Mexico.

The government has set up a dozen locations around the rest of the parish for people who need sandbags. Officials say people must bring their own shovels.

For people who have no safe place to evacuate, the parish has opened a shelter at the Raceland Recreation Center. People are advised to bring their own bedding, medication and food and water for three days, as well as identification. Children must be with adults, and the only animals allowed are service animals; no pets. 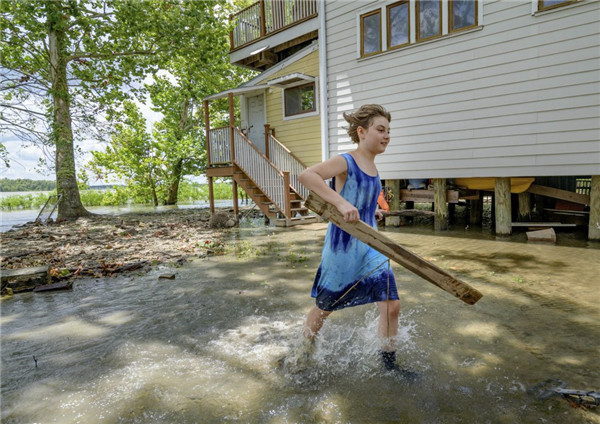 Tallulah Campbell, 8, clears out driftwood and other debris in preparation of Tropical Storm Barry near New Orleans, La., Thursday, July 11, 2019.

The National Weather Service in New Orleans says water is already starting to cover some low lying roads in coastal Louisiana as Tropical Storm Barry approaches the state from the Gulf of Mexico.

In a Friday morning tweet, the weather service says tides are rising and water levels are expected to peak Saturday.

The slow-moving storm is prompting fears of flooding in the region.

Forecasters say there's still a chance Barry will strengthen to a hurricane for a short time as it comes ashore on the Louisiana coast, where hurricane warnings are in effect. 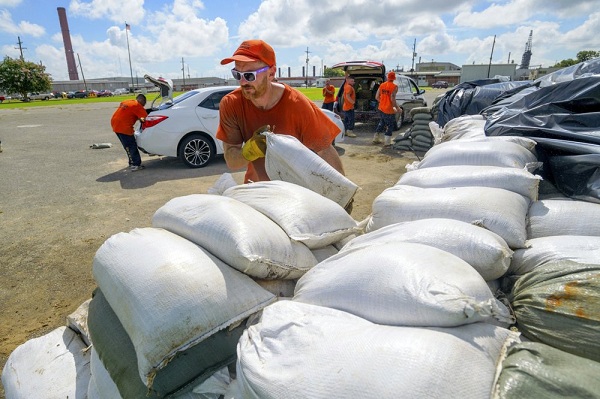 National Hurricane Center director Ken Graham says people should be concerned even if Barry comes ashore as a tropical storm instead of a hurricane because its slow movement will bring hazardous drenching rain either way.

Forecasters say there's still a chance Barry will strengthen to a hurricane for a short time as it comes ashore on the Louisiana coast, where hurricane warnings are in effect. Pockets of Louisiana could get rainfalls as high as 25 inches (63 centimeters).

Tropical Storm Barry is slowly churning off the Louisiana coast as communities from the coast to New Orleans keep a close eye on its predicted path.

The U.S. National Hurricane Center said Friday morning that the center of the storm was about 95 miles (155 kilometers) southwest of the mouth of the Mississippi River and its top winds were blowing at 50 mph (85 kph).

Forecasters stress that the slow movement of the storm is likely to bring a massive drenching, with pockets of Louisiana experiencing rainfalls as high as 25 inches (63 centimeters).

Hurricane warnings are in effect along the Louisiana coast. The storm's center was expected to come ashore late Friday or early Saturday. It could grow into the first hurricane of the Atlantic hurricane season.

Tropical Storm Barry's wind and rain are starting to hit Louisiana as New Orleans and coastal communities brace for what's expected to be the first hurricane of the season.

A hurricane warning was in effect along the Louisiana coast, and forecasters said the storm could make landfall as a hurricane by early Saturday.

But it's the storm's rains that are expected to pose a severe test of New Orleans' improved post-Katrina flood defenses. Barry could bring more than a foot and a half (0.5 meters) of rain to parts of the state as it moves slowly inland.