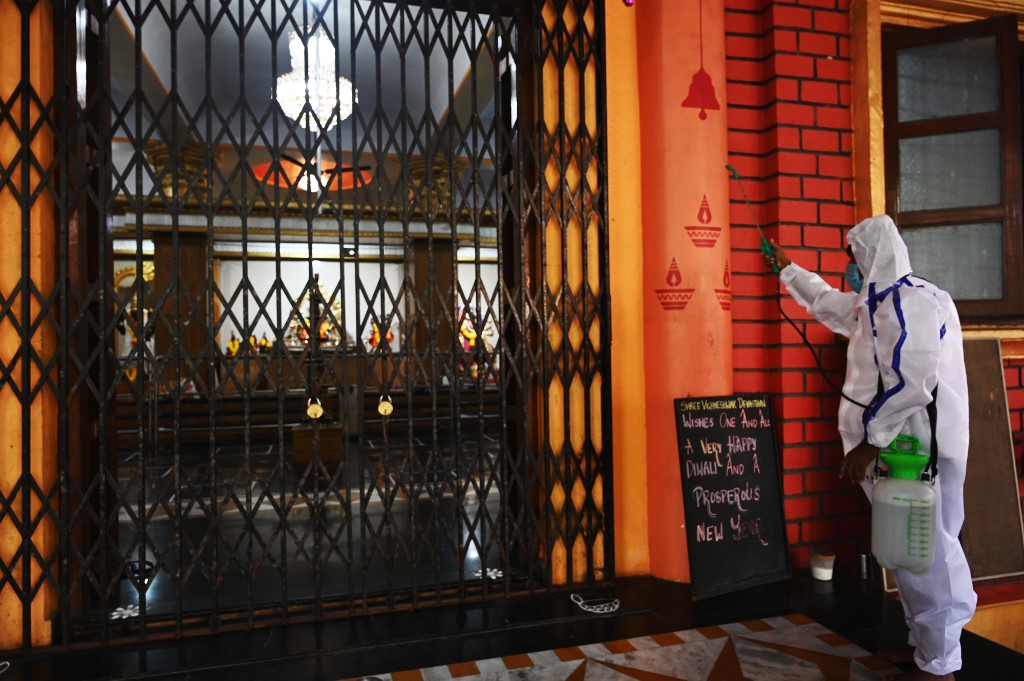 A man sanitises the gates of a Ganesh temple in Mumbai on November 15, 2020, as places of worships in Maharashtra state are preparing to reopen after more than eight months of shutdown due to the Covid-19 coronavirus pandemic. (Photo: AFP)

The total number of deaths from the COVID-19 pandemic worldwide has increased to 1,313,201 with the global confirmed cases reaching 54,046,529 as of 9 pm BJT on Sunday, according to a tally by Johns Hopkins University. 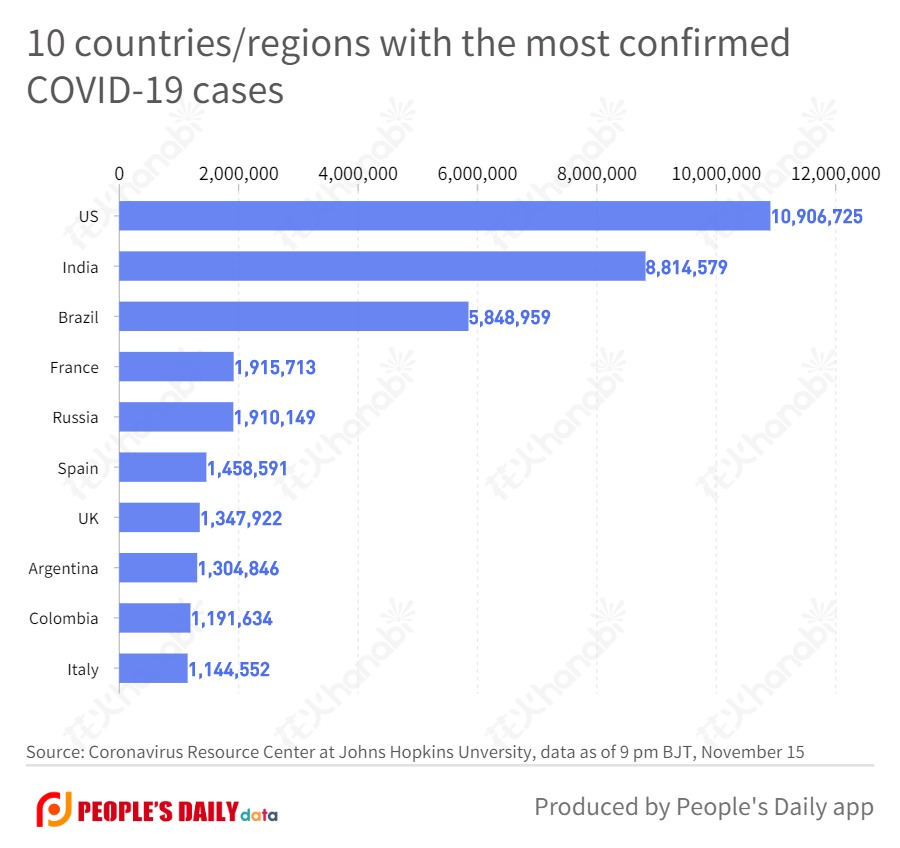 The Uzbek government has recently told media that the country will carry out a phase-three trial of a China-developed vaccine for COVID-19, which makes the vaccine China's fifth candidate to enter late-stage human tests overseas.

The Australian government has asked the states and territories to come up with plans for the return of international students to the country. Dan Tehan, the Minister for Education, said on Sunday that state and territory governments have been told to draw up proposals for how they can fit international students into their hotel quarantine systems.

A swathe of new restrictions to curtail a second wave of coronavirus infections were announced or came into force from Austria to Greece, Italy to Portugal on Saturday as the global death toll climbed above 1.3 million.

Mexico reported 5,860 new COVID-19 cases in the past 24 hours, taking the national count to 1,003,253, the health ministry said on Saturday. Meanwhile, 635 more deaths were reported, bringing the death toll to 98,259 in Mexico, which ranks fourth worldwide, following the United States, Brazil and India.