The global death toll from COVID-19 increased by 7,277 to 92,798 in the past 24 hours as of 10:00 CET on Friday, according to the daily situation report released by the World Health Organization (WHO). 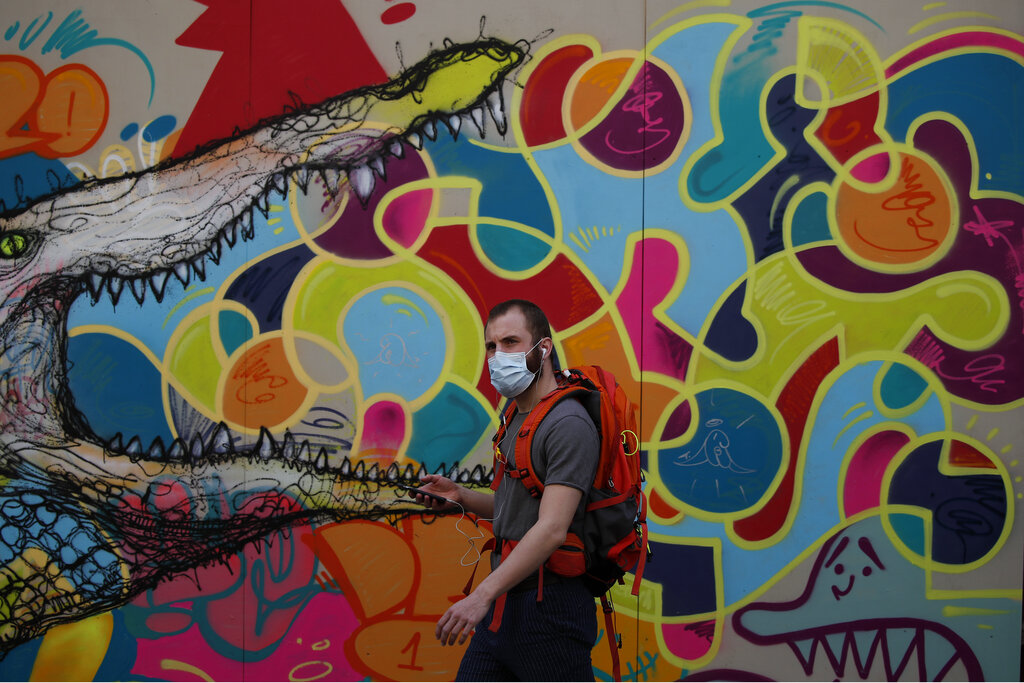 A man wearing protective mask walks in Paris Friday April 10, 2020, during a nationwide confinement to counter the COVID-19. (Photo: AP)

The report showed a total of 1,521,252 confirmed cases of COVID-19 were reported as of Friday, an increase of 85,054 infections compared to the previous day.

The US is approaching half a million confirmed cases of COVID-19, with 500,399 as of 9:25 am BJT on Saturday. It on Friday becomes the first country to record more than 2,000 coronavirus deaths in one day, with 2,108 fatalities in the past 24 hours, and has now recorded 18,693 deaths according to the Johns Hopkins University tally.

Italy, which recorded its first death in late February, has had the most fatalities with 18,849 from 147,577 infections.

The death toll of those hospitalized in Britain who tested positive for the novel coronavirus reached 8,958 in Britain, marking a record-high daily increase of 980, Health Secretary Matt Hancock said Friday. As of Friday morning, a total of 73,758 cases of COVID-19 have been confirmed in Britain, according to the Department of Health and Social Care.

Turkey's total confirmed cases of COVID-19 climbed to 47,029, with 4,747 new patients reported in the last 24 hours, Turkish Health Minister Fahrettin Koca said Friday. The death toll from the novel coronavirus in Turkey reached 1,006 after 98 more lost their lives over the past 24 hours, Koca said at a press conference.

Since the start of the coronavirus epidemic, Belgium has recorded 3,019 deaths as of Friday, according to Belgian health authorities. The number of confirmed cases has risen to 26,667, according to the Johns Hopkins University.

Confirmed cases of COVID-19 in Switzerland increased to 24,551 with 1,002 deaths, Johns Hopkins reported.