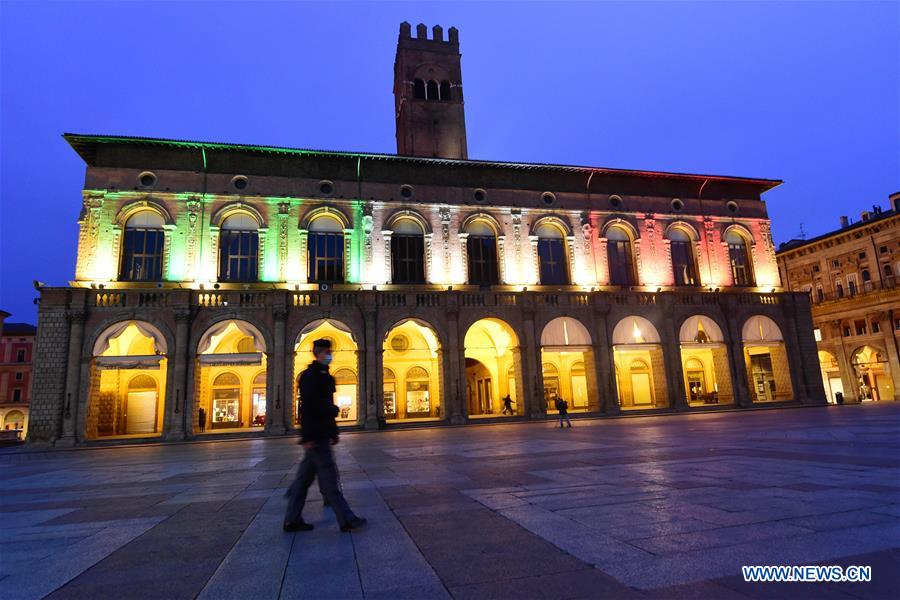 The global death toll from COVID-19 increased by 4,193 to 40,598 in the past 24 hours as of 10:00 CET on Wednesday, according to the daily situation report released by the World Health Organization (WHO).

The report showed a total of 823,626 confirmed cases of COVID-19 were reported as of Wednesday, an increase of 72,736 infections compared to the previous day.

US President Donald Trump on Wednesday said he welcomes China's efforts to provide personal protective equipment to countries and regions combating COVID-19. Asked to comment on claims that China, by shipping aid overseas, "is taking on a global leadership role" in the battle against COVID-19, Trump said he views that "as a positive" if China is helping other countries.

The United States became the first nation with more than 200,000 COVID-19 infections on Wednesday, according to a new tally from Johns Hopkins University. The coronavirus has killed 884 people over the past 24 hours in the US, a new one-day record for the country with by far the highest number of reported cases anywhere in the world.

UK Prime Minister Boris Johnson’s Conservative government was under fire Wednesday for failing to keep its promise to increase the amount of testing being done for COVID-19, even as the country saw its biggest day-to-day rise yet in deaths among people with the virus, to 2,352.

More than 18,000 veterinarians in France are mobilizing for registration to assist medical care to fight the epidemic.

The coronavirus pandemic has claimed 13,155 lives in locked-down Italy by Wednesday, with the cumulative cases of COVID-19 reaching 110,574, according to new data released by the Civil Protection Department.

Canadian Prime Minister Justin Trudeau said Wednesday that he is recalling the Canadian parliament again for expanded emergency aid as his country is facing the greatest economic and health challenge due to the COVID-19 crisis since the Second World War.