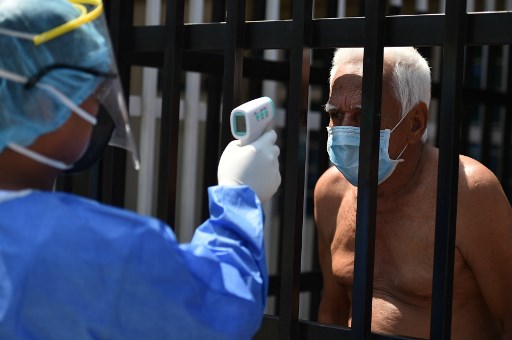 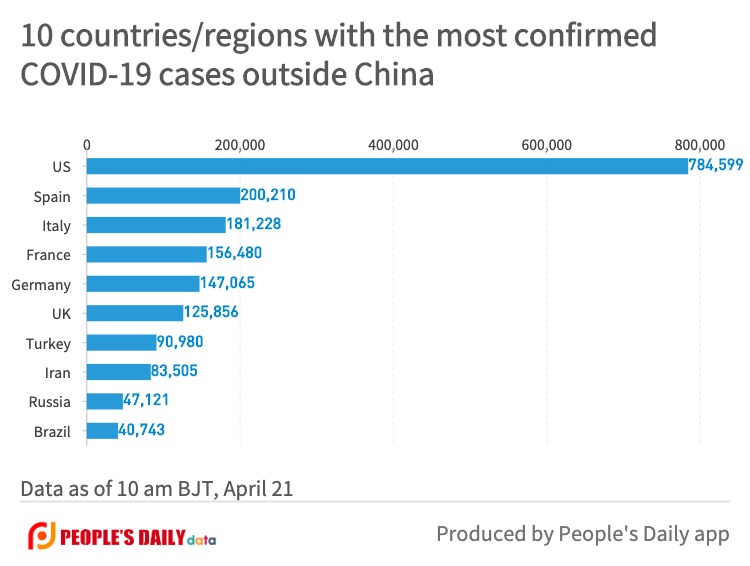 The outbreak has now claimed the lives of at least 42,138 people in the US, the most of any country. The US also leads the world in the number of confirmed infections with 784,599, according to a tally by Johns Hopkins University as of 8:38 am BJT on Tuesday.

Spain is the next most-affected country with 20,852 fatalities from 200,210 confirmed infections, according to data published on Monday by the country's health ministry.

The coronavirus pandemic has claimed 24,114 lives in locked-down Italy, bringing the total number of infections, fatalities and recoveries to 181,228 as of Monday, according to the latest data released by the country's Civil Protection Department.

Another 449 people who tested positive for COVID-19 have died in hospitals in the UK as of Sunday afternoon, bringing the total number of coronavirus-related deaths to 16,509, the Department of Health and Social Care said Monday. Confirmed cases increased to 125,856, Johns Hopkins reported.

Turkey's total confirmed cases of COVID-19 have climbed to 90,980 with 4,674 new ones reported in the last 24 hours, Health Minister Fahrettin Koca said Monday. The death toll from the novel coronavirus in Turkey reached 2,140 after 123 more lost their lives over the past 24 hours, Koca tweeted.

Iran registered 1,294 new COVID-19 cases over the past 24 hours, bringing the total number of confirmed cases to 83,505, according to Iran's Health Ministry on Monday. Kianush Jahanpur, head of Public Relations and Information Center of the Ministry of Health and Medical Education, said that 91 new deaths were registered for the past 24 hours. The death toll over novel coronavirus in Iran has hit 5,209 so far.

Russia has registered a total of 47,121 COVID-19 confirmed cases and 405 deaths, according to the Johns Hopkins University.

Confirmed cases of COVID-19 in Brazil increased to 40,743 with 2,587 deaths, Johns Hopkins reported.