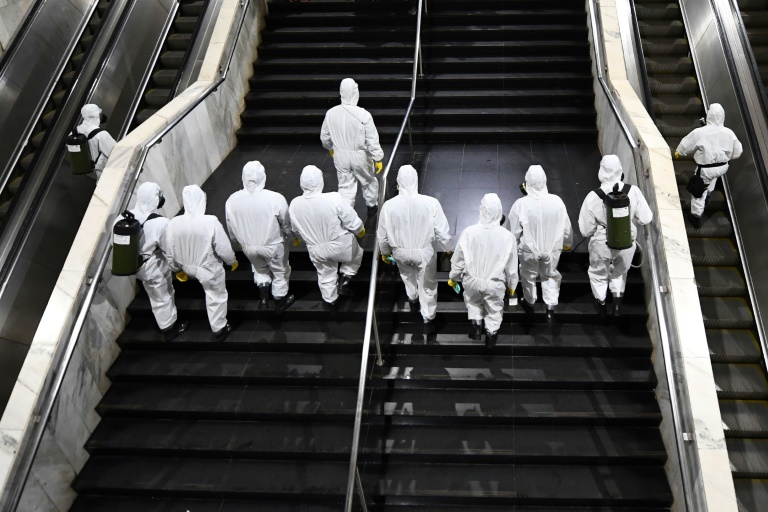 According to the data from Johns Hopkins University, the number of COVID-19 infections around the world has surpassed one million, reaching 1,014,673 as of 9am BJT on Friday. 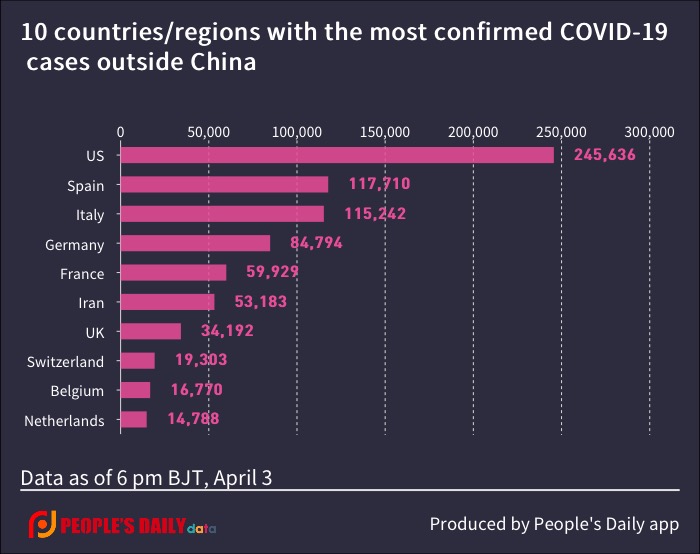 China will hold a national mourning Saturday for martyrs who died in the fight against the novel coronavirus disease (COVID-19) outbreak and compatriots died of the disease, according to the State Council. Chinese health authority said Friday it received reports of 31 new confirmed COVID-19 cases on the Chinese mainland on Thursday, of which 29 were imported.

The United States recorded 1,169 COVID-19 fatalities in the past 24 hours, the Johns Hopkins University tracker showed Thursday, the highest one-day death toll recorded in any country since the global pandemic began. The US has now recorded 5,926 coronavirus deaths since the pandemic began.

The number of COVID-19 deaths reported in Italy has risen by 760 to 13,915 and the total number of confirmed cases has risen to 115,242, according to the latest data released by the country's Civil Protection Department on Thursday.

Spain said on Thursday it had suffered a record 950 deaths in 24 hours, bringing its total number of fatalities to 10,003. The number of confirmed Spanish cases passed the 110,000 mark, the government said, although the rates of both new infections and deaths continued a downward trend.

According to the latest situation report released by FOPH, Switzerland is now one of the hardest hit countries in Europe with 213 confirmed cases per 100,000 people. As of Thursday, Switzerland reported a total of 19,303 confirmed COVID-19 cases and 484 deaths.

South Korea's reported cases of the COVID-19 topped 10,000 as of midnight Friday local time as 86 more cases were confirmed for the past 24 hours. The total number of infections here reached 10,062, according to the Korea Centers for Disease Control and Prevention (KCDC).