The global death toll from COVID-19 increased by 6,664 to 56,985 in the past 24 hours as of 10:00 CET on Saturday, according to the daily situation report released by the World Health Organization (WHO). 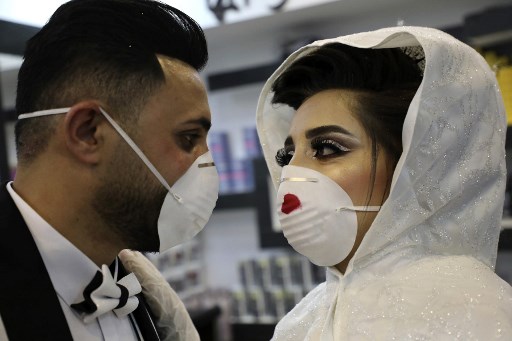 Palestinian newlywed Baraa and Ammar pose for a picture while wearing face masks in the West Bank village of Dora near Hebron on April 4, 2020. (Photo: AFP)

The report showed a total of 1,051,635 confirmed cases of COVID-19 were reported as of Saturday, an increase of 79,332 infections compared to the previous day. 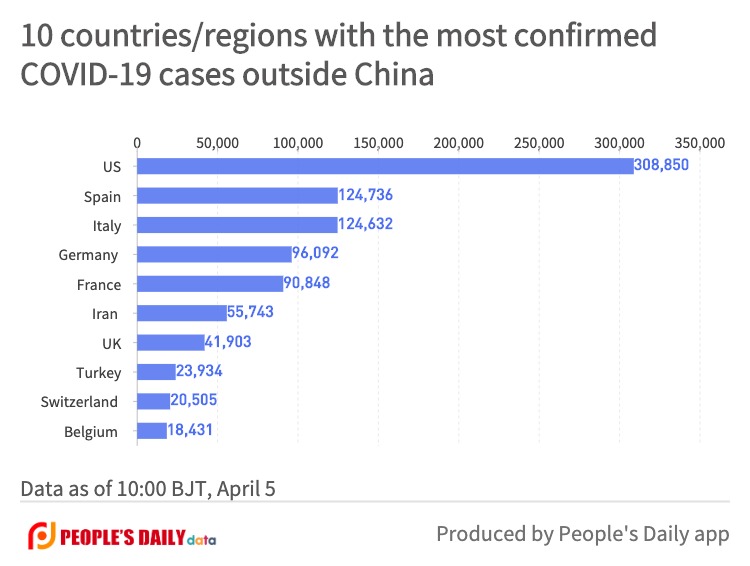 The United States now has 308,850 confirmed cases and more than 8,300 deaths of the new coronavirus as of 7:41 am BJT on Sunday, Johns Hopkins reported.

Spain's confirmed coronavirus case tally reached 124,736 on Saturday, surpassing Italy's 124,632, according to the latest figures from the two countries.

Italy, which recorded its first coronavirus death at the end of February, has 15,362 fatalities.

The total number of deaths in Spain now stands at 11,744, second only to Italy.

Iran had 2,560 new infections of COVID-19 and 158 new deaths during the past 24 hours, Iran's health ministry spokesman said on Saturday. The number of confirmed cases has risen to 55,743, with the number of deaths at 3,452.

Turkey has recorded 501 fatalities and 23,934 infections.

Confirmed cases of COVID-19 in Switzerland increased to 20,505 with 666 deaths, Johns Hopkins reported.