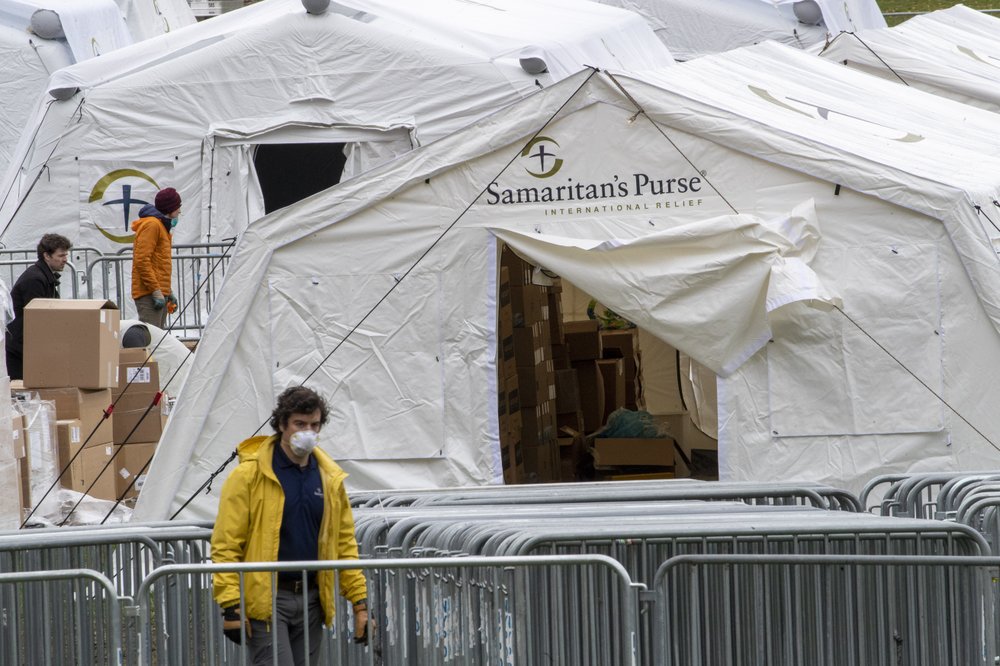 A total of 1,214,466 confirmed cases of COVID-19 were reported as of Tuesday,with the global death toll from COVID-19 increasing to 67,767, according to the World Health Organization (WHO). 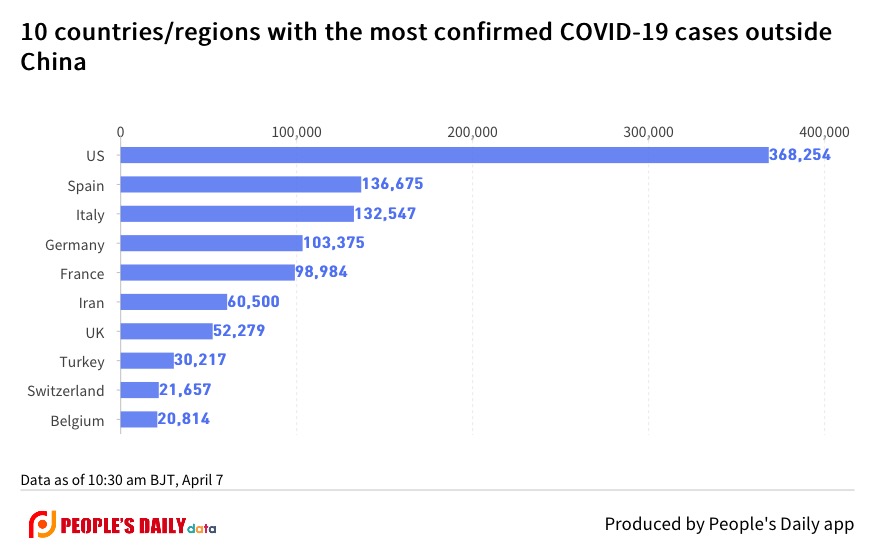 Chinese mainland reported no increase in new deaths for the first time on Monday, according the daily coronavirus updates by the country’s national health authority. As the domestic source of infection is gradually easing, the pressure from rising imported cases is mounting and Chinese border control authorities vowed to implement tightened screening measures.

United States now has 368,254 confirmed cases and 11,000 deaths of the novel coronavirus as of 10 am BJT on Tuesday,according to the 1Point3Acres coronavirus tracker.

Spain's confirmed coronavirus case tally reached 136,675 on Monday. The total number of deaths in Spain now stands at 13,341, second only to Italy. Italy reported 16,523 fatalities as of Monday.

The UK now has 52,279 confirmed cases and 5,385 virus deaths on Monday, Johns Hopkins reported. British Prime Minister Boris Johnson was moved into the intensive care unit after his symptoms worsened.

Turkey has recorded 649 fatalities and 30,217 infections.

Switzerland currently has 21,657 confirmed cases, according to the country’s health ministry.