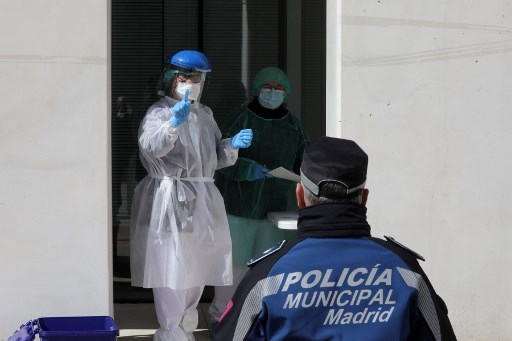 According to the data from Johns Hopkins University, the number of COVID-19 infections around the world has reached 1,360,039 as of 7pm BJT on Tuesday. 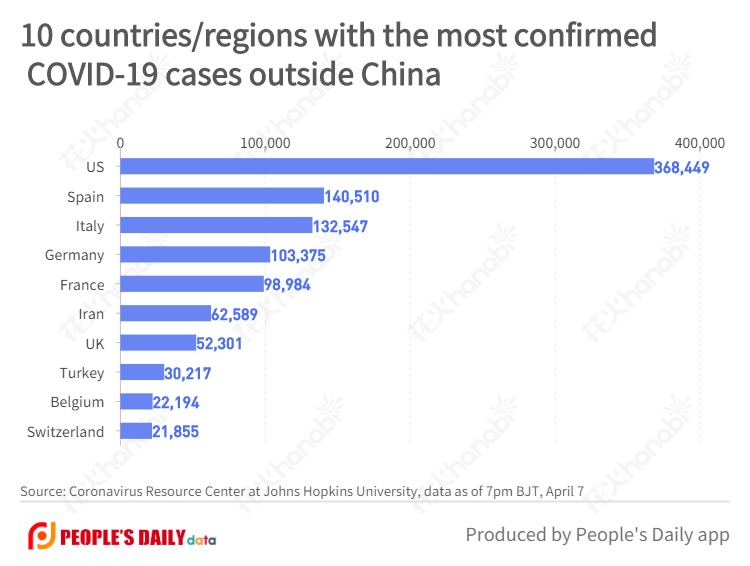 China has successfully reduced the mortality rate of COVID-19 as the disease developed, said Gauden Galea, representative of the World Health Organization (WHO) in China, at a press conference Tuesday.

The number of deaths from COVID-19 in the United States surpassed 10,000 on Monday afternoon U.S. Eastern Time, as total cases topped 360,000, according to data compiled by the Johns Hopkins University.

The total number of coronavirus cases in Italy has increased to 132,547 on Monday, while that of deaths hit 16,523, according to fresh data released by the country's Civil Protection Department.

Spain's daily coronavirus death rate shot up to 743 on Tuesday after falling for four straight days, lifting the total toll to 13,798, the health ministry said. The number of new infections in the world's second hardest-hit country after Italy also grew at a faster pace, rising 4.1 percent to 140,510,

Iran had 2,089 new infections of COVID-19 and 133 new deaths during the past 24 hours, Iran's health ministry spokesman said on Tuesday.

British Prime Minister Boris Johnson is not on a ventilator but has had some oxygen support and if his condition changes the government will make an official statement, Cabinet Office Minister Michael Gove said on Tuesday. As of Monday morning, the number of confirmed cases of COVID-19 in Britain hit 51,608, up 3,802 in the past 24 hours, said the department.

Switzerland reported 552 newly confirmed COVID-19 cases on Monday, the smallest increase in the past two weeks.