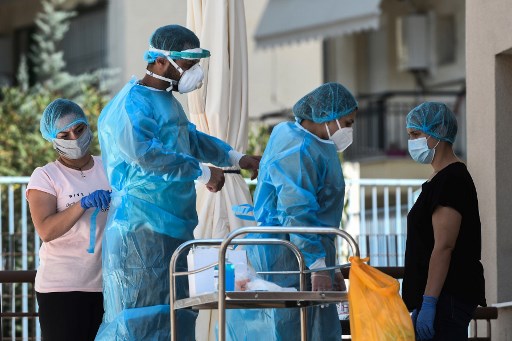 Public health workers wear protective suits and facemasks as they get ready to tests the residents and workers of a nursing home, where 13 have been tested positive for the COVID-19 in Thessaloniki on August 19, 2020. (Photo: AFP)

The total number of deaths from the COVID-19 pandemic worldwide has increased to 781,575 with the global confirmed cases reaching 22,169,145 as of 8:30 pm BJT on Wednesday, according to a tally by Johns Hopkins University. 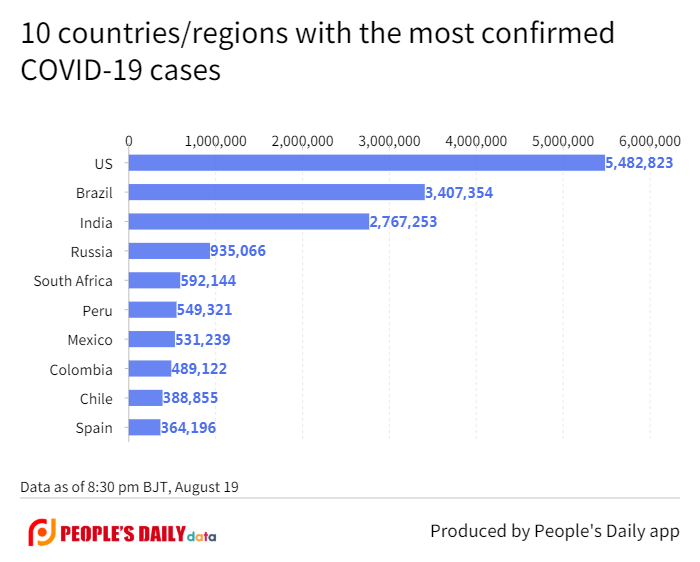 The number of people in employment with place of work in Germany decreased seasonally-adjusted by 1.4 percent compared to the previous quarter to around 44.7 million in the second quarter (Q2) of 2020, the Federal Statistical Office (Destatis) announced on Tuesday.

The number of deaths caused by COVID-19 in the United States since July is six times the average rate in other high-income economies, a US news website said last week.

The British government on Tuesday announced its decision to integrate some of its key public health agencies into one new organization in a bid to advance the country's response to the COVID-19 pandemic.

Brazilian health regulators said Tuesday they had approved Johnson & Johnson's experimental vaccine against the new coronavirus for the final stage of clinical trials, the fourth vaccine to receive widespread testing in the hard-hit country.