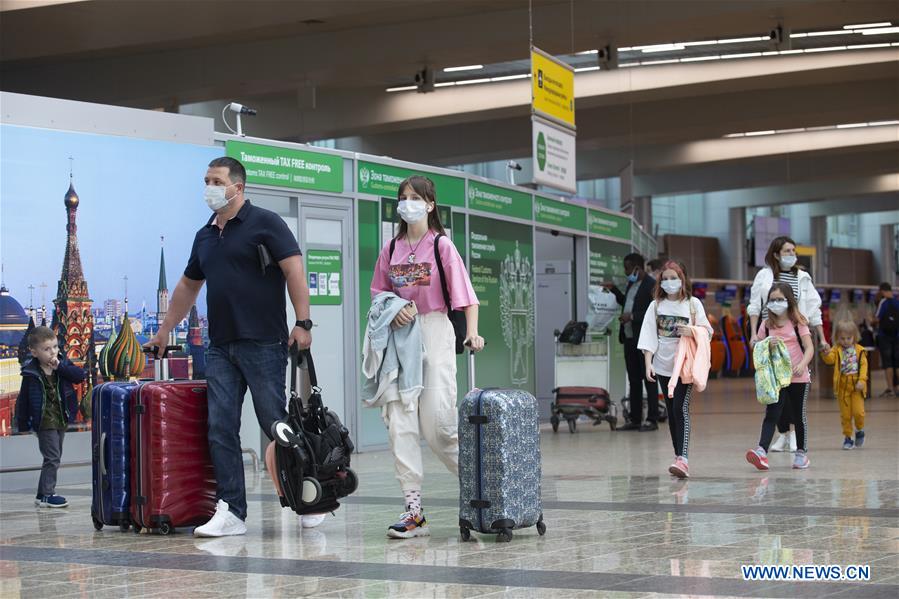 The total number of deaths from the COVID-19 pandemic worldwide has increased to 682,931 with the global confirmed cases reaching 17,759,332 as of 9 am BJT on Sunday, according to a tally by Johns Hopkins University (JHU). 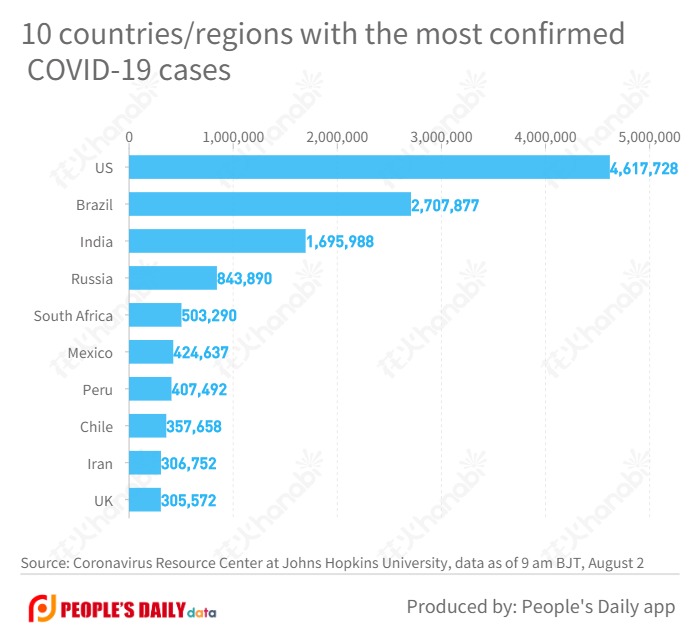 Current situation (data as of 9 am BJT, August 2):

Chinese health authorities on Sunday said that 49 new COVID-19 cases were reported on the Chinese mainland on Saturday, of which 33 were domestically transmitted and 16 were imported, with no additional deaths.

California, the most populous state in the United States with a population of around 40 million, became the first state in the country to have more than half million confirmed cases of COVID-19, authorities said on Saturday.

The Brazilian government reported on Saturday that 1,088 more deaths and 45,392 new cases of COVID-19 were registered in the country over the last 24 hours.

The COVID-19 Case Fatality Rate (CFR) in India has improved to 2.15 percent from 3.33 percent in mid-June, said an official statement issued by the federal health ministry on Saturday.

South Africa has now registered more than 500,000 cases of coronavirus, the health ministry announced Saturday, making it by far the hardest-hit country in Africa.

The Chilean Ministry of Health reported on Satuday that the number of COVID-19 cases in the country had risen to 357,658, with 9,533 deaths.

The number of confirmed COVID-19 cases approached 307,000 in Iran on Saturday. Meanwhile, Turkish and Iraqi health officials warned of an increase in the coronavirus infections during Eid al-Adha holiday.