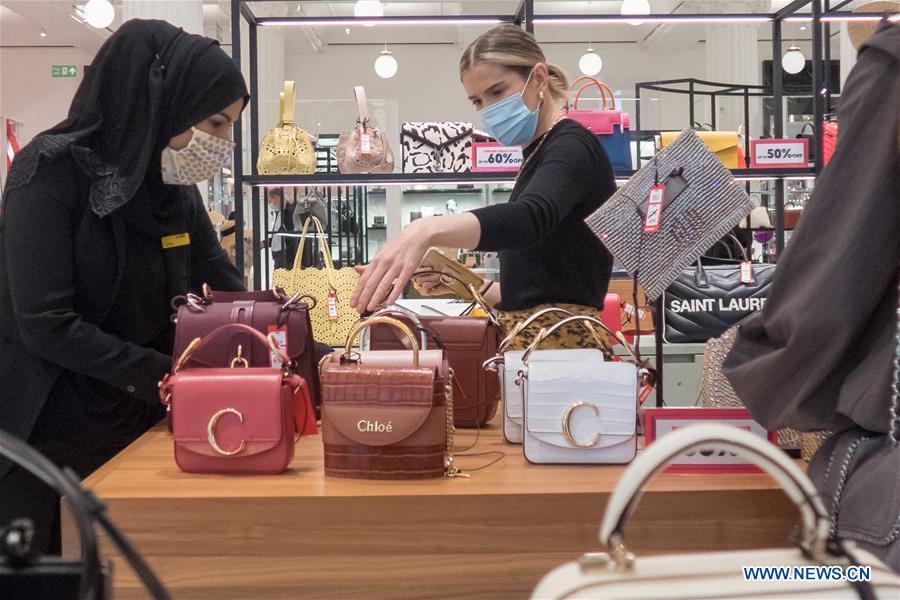 People do shopping in Selfridges on Oxford Street in London, Britain, on July 24, 2020.  (File photo: Xinhua)

The total number of deaths from the COVID-19 pandemic worldwide has increased to 643,371 with the global confirmed cases reaching 15,983,502 as of 9 am BJT on Sunday, according to a tally by Johns Hopkins University (JHU). 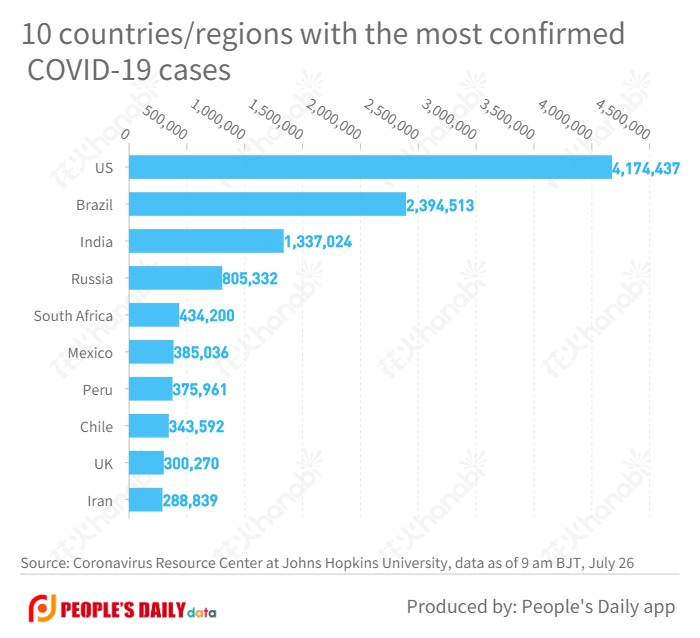 Chinese health authorities on Sunday said that 46 new COVID-19 cases were reported on the Chinese mainland on Saturday, of which 35 were domestically transmitted and 11 were imported, with no additional deaths.

US deaths top 1,000 for fourth consecutive day, the worst tally of human loss since late May.

Brazilian President Jair Bolsonaro announced on Saturday that he has tested negative for COVID-19 after having been isolated at the presidential residence since July 7, when he was first diagnosed with the disease.

Passengers arriving in Britain from Spain will have to self-isolate for two weeks after the government on Saturday announced it was removing the popular holiday destination from the exempt list following a surge in coronavirus cases.