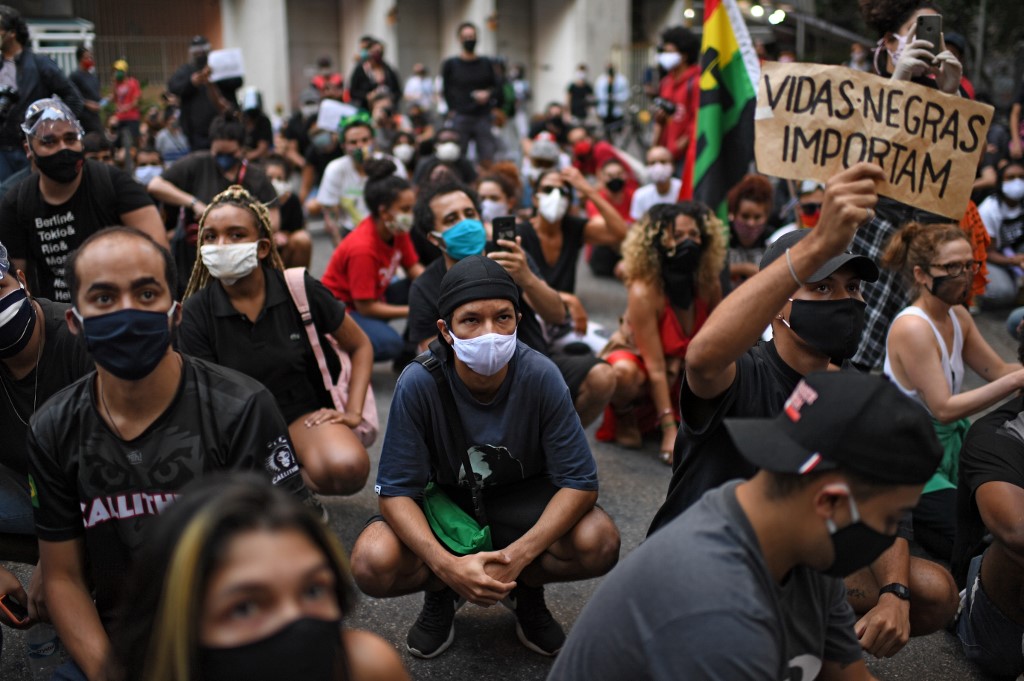 People with a sign reading “Black lives matter” take part in a protest called by activists against the killing of black people during police operations in favelas amid the new coronavirus pandemic, outside the Guanabara Palace -headquarters of Rio State government- in Rio de Janeiro, Brazil, on May 31, 2020. (Photo: AFP) 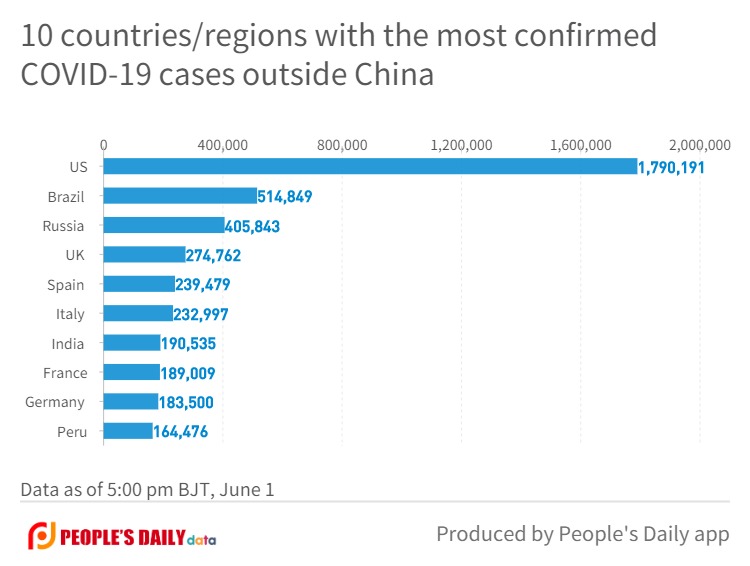 The outbreak has now claimed the lives of at least 104,383 people in the US, the most of any country. The US also leads the world in the number of confirmed infections with 1,790,191, according to a tally by Johns Hopkins University as of 3:32 pm BJT on Monday.

Another 113 COVID-19 patients have died in the UK as of Saturday afternoon, bringing the total coronavirus-related death toll in the country to 38,489, British Secretary of State for Housing, Communities and Local Government Robert Jenrick said Sunday. As of Sunday morning, 274,762 people have tested positive in Britain, marking a daily increase of 1,936.

India's federal health ministry Monday morning reported 230 new deaths due to COVID-19 and 8,392 more positive cases during the past 24 hours across the country, taking the number of deaths to 5,394 and total cases to 190,535.