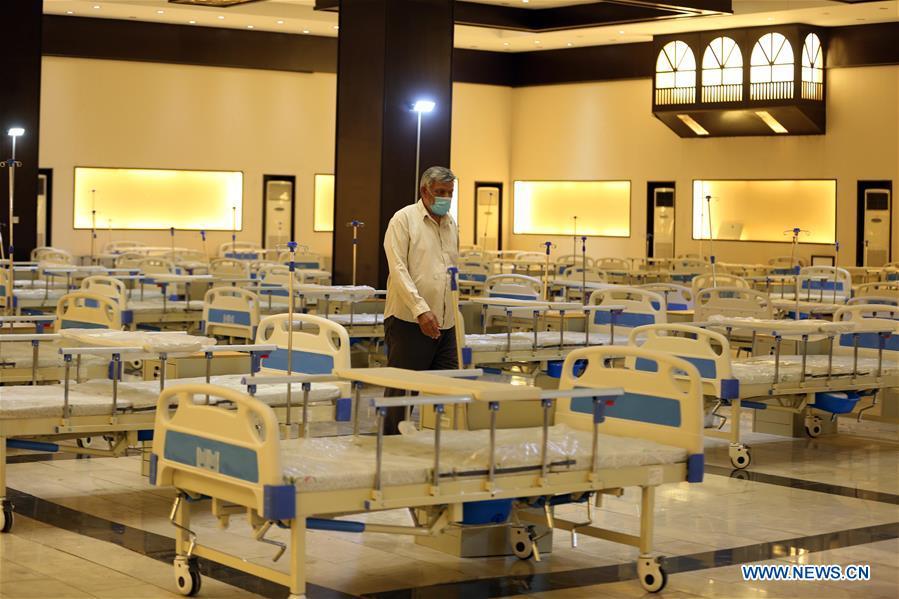 The total number of deaths from the COVID-19 pandemic worldwide has increased to 471,554 with the global confirmed cases reaching 9,071,984 as of 9:30 am BJT on Tuesday, according to a tally by Johns Hopkins University. 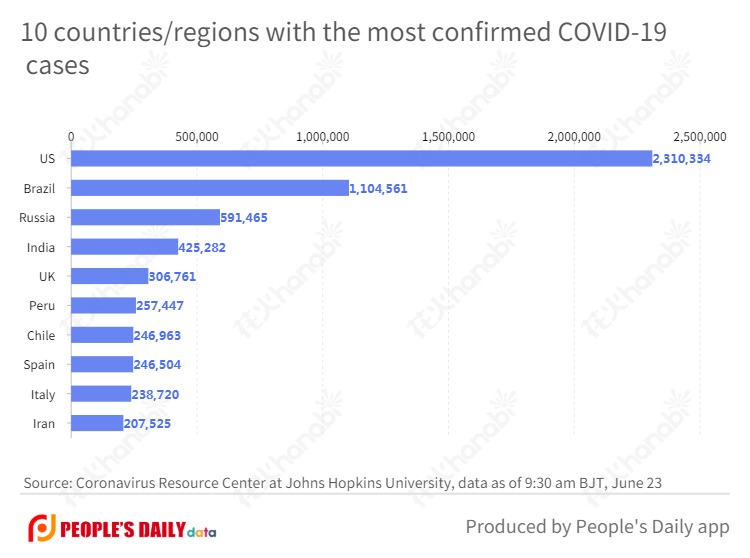 Chinese health authority said Tuesday that it received reports of 22 newly confirmed COVID-19 cases on the Chinese mainland Monday, of whom 13 were domestically transmitted and nine were imported.

New York City entered phase two of reopening on Monday, marking a major milestone of the city's fight against COVID-19.

British Prime Minister Boris Johnson are meeting with his top team on Monday afternoon to finalize plans to loosen the 2-meter coronavirus social distancing rule in a bid to reopen pubs, restaurants, hairdressers and hotels in England next month.

Germany's official COVID-19 warning app had been downloaded 11.8 million times in less than a week after its launch, the Robert Koch Institute (RKI) announced on Monday.

Italy on Monday hailed the key contribution made by the country's Civil Protection Department in the COVID-19 emergency, as fresh daily data confirmed the contagion's downward trends at national level.

Turkey on Monday started to impose fines of up to 900 liras (131 U.S. dollars) on those who don't wear face masks in public places as part of the measures to curb the spread of COVID-19.