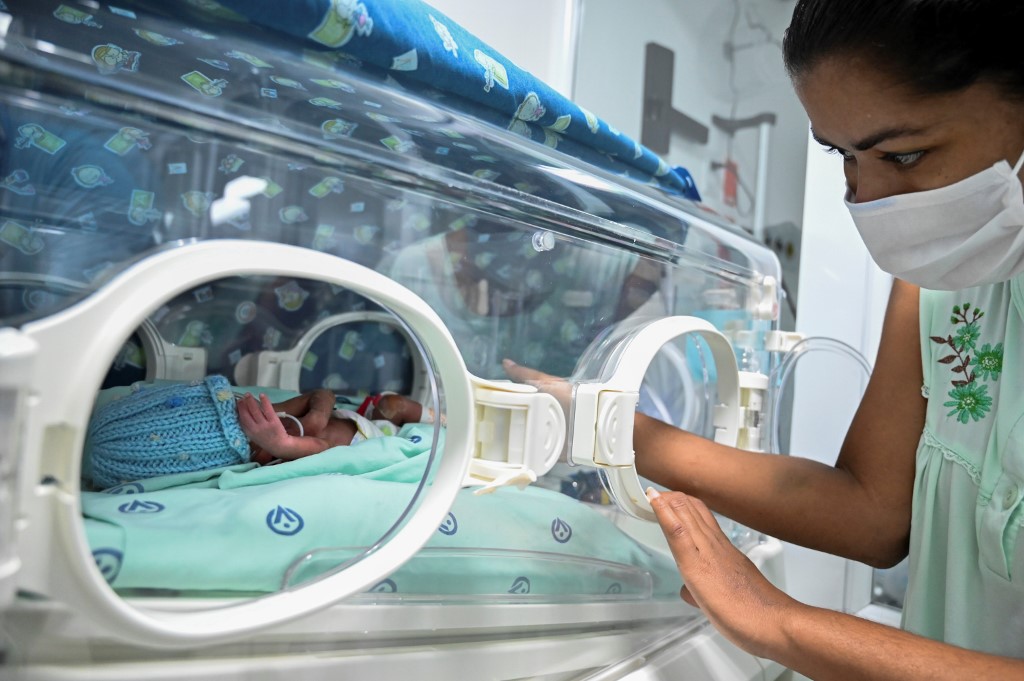 Diana Paola Angola who recovered of the novel coronavirus, COVID-19, cares her son Jefferson at the neonatal room in the Versalles Clinic, on June 25, 2020 in Cali, Colombia. (Photo by AFP)

The total number of deaths from the COVID-19 pandemic worldwide has increased to 488,740 with the global confirmed cases reaching 9,583,144 as of 10:00 am BJT on Friday, according to a tally by Johns Hopkins University. 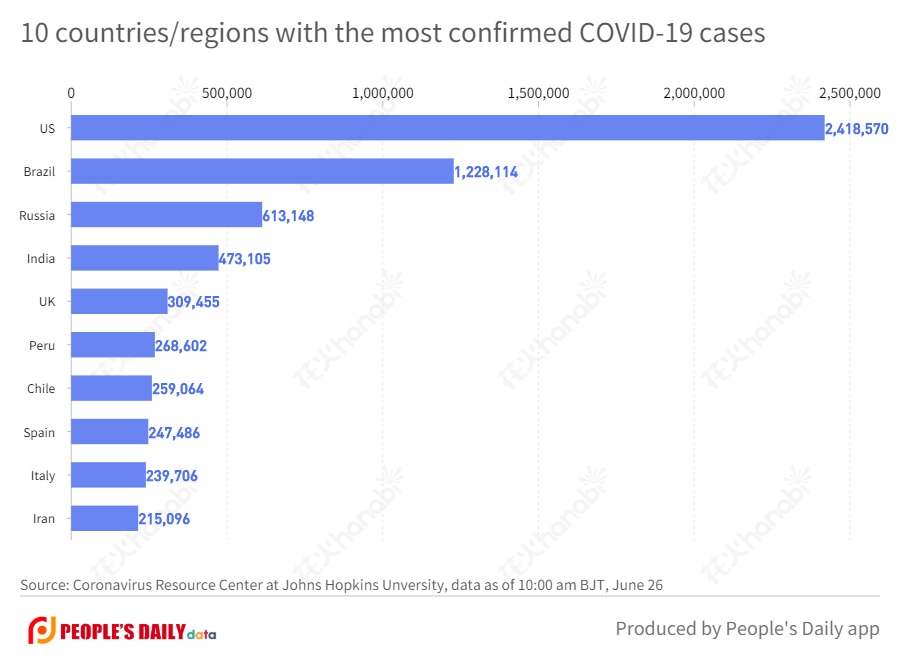 The coronavirus crisis deepened in Arizona on Thursday, and the governor of Texas began to backtrack after making one of the most aggressive pushes in the nation to reopen, as the daily number of confirmed cases across the US closed in on the peak reached during the dark days of late April.

Mexico has surpassed 25,000 COVID-19 deaths and 200,000 cases since reporting its first infection almost four months ago, the government said on Thursday.

Portugal is set to further downgrade on July 1 its coronavirus response to a "state of alert", the lowest of three emergency levels, Portuguese Prime Minister Antonio Costa said on Thursday.

Turkey on Thursday allowed those who are 65 years old and above to travel for tourism purposes if they obtain permission from the authorities, Turkish Interior Ministry announced.