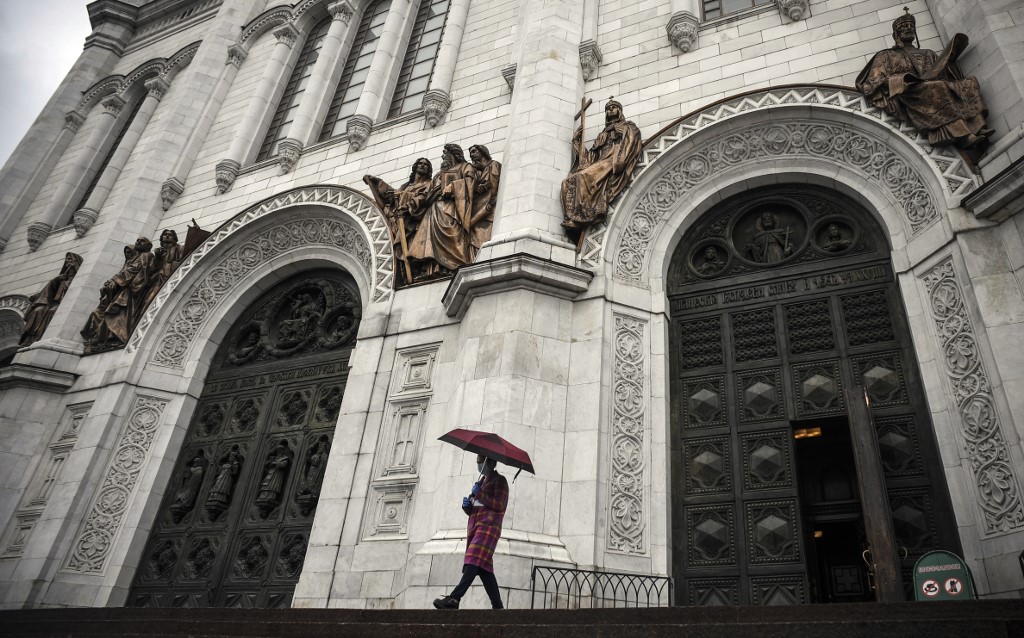 A woman wearing a face mask comes out of Christ-the-Savior cathedral in central, the main Russian Orthodox church in central Moscow, on June 2, 2020, amid the outbreak of COVID-19, caused by the novel coronavirus, as Moscow authorities started opening churches, mosques and synagogues. (Photo: AFP) 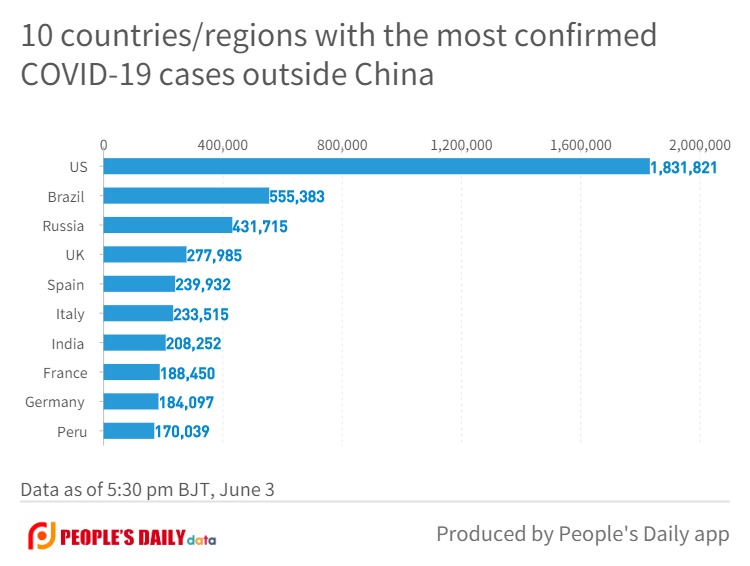 The outbreak has now claimed the lives of at least 106,181 people in the US, the most of any country. The US also leads the world in the number of confirmed infections with 1,831,821, according to a tally by Johns Hopkins University as of 4:33 pm BJT on Wednesday.

Another 324 COVID-19 patients have died in the UK as of Monday afternoon, bringing the total coronavirus-related death toll in the country to 39,369, the Department of Health and Social Care said Tuesday. As of Tuesday morning, 277,985 people in Britain have tested positive for the disease, said the department.