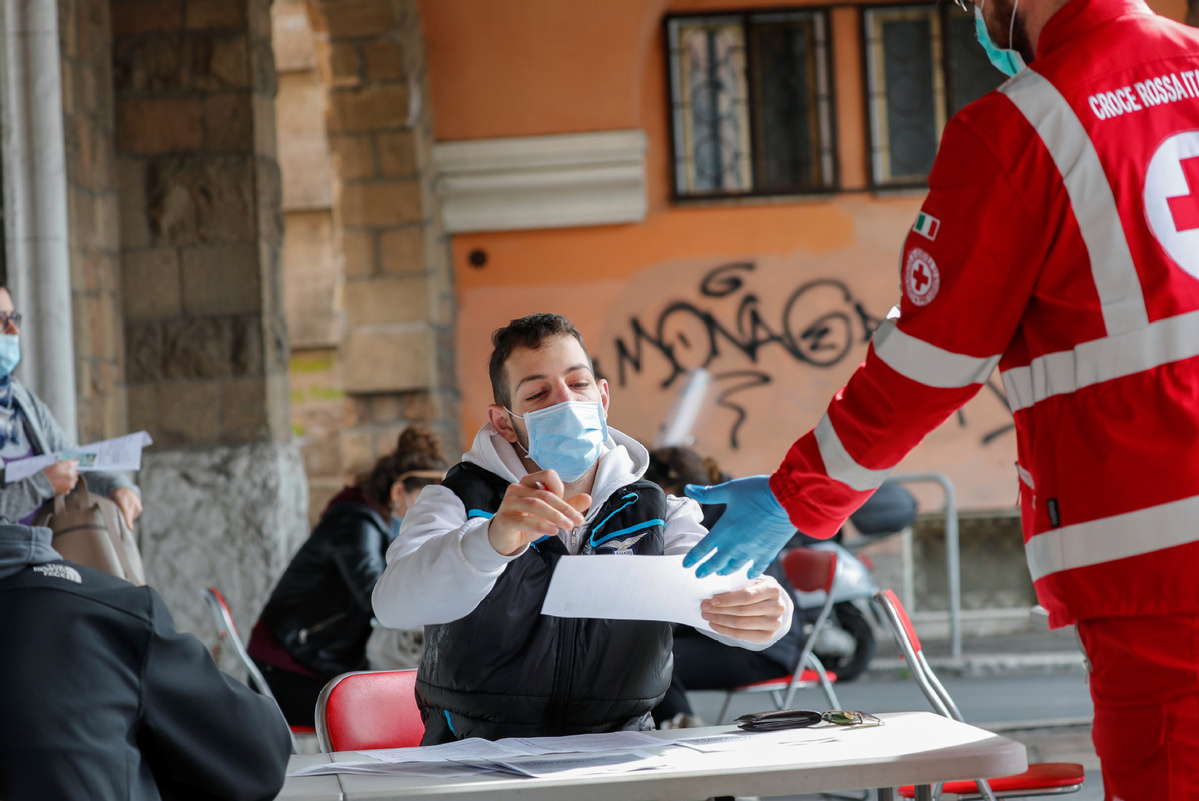 A man wearing a protective mask waits to donate blood after appeals from hospitals and the Italian government for blood donations to help treat coronavirus patients, at an Italian Red Cross center, in Rome, Italy, March 17, 2020. (Photo: Agencies)

The report showed a total of 179,112 confirmed cases of COVID-19 were reported as of Tuesday morning, an increase of 11,526 infections compared to the previous day, among which 11,487 new cases were reported outside China. 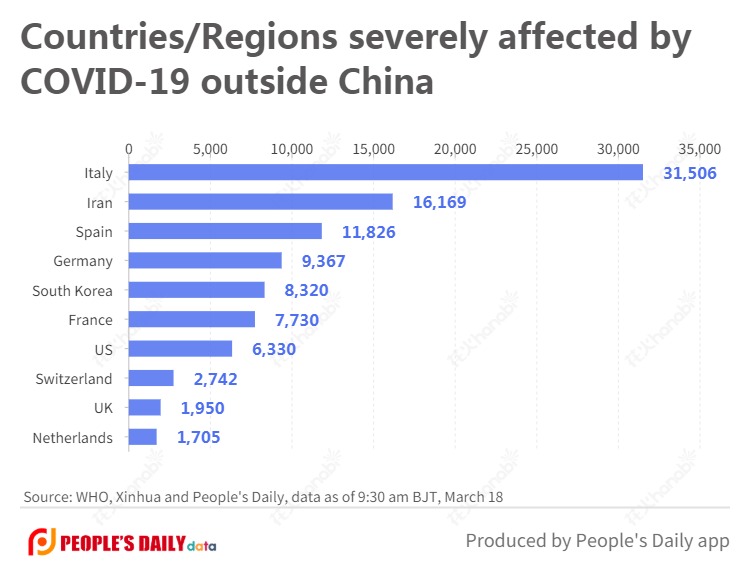 The total confirmed cases reached 31,506 in Italy on Tuesday.

Iran reported 1,178 more confirmed cases of COVID-19 and 135 more deaths from the novel coronavirus. Iran's Ministry of Health and Medical Education announced that the total number of COVID-19 cases increased to 16,169, as the death toll reached 988.

Germany's confirmed cases of COVID-19 totaled 9,367 as of Tuesday.

South Korea reported 84 more cases of the COVID-19 compared to 24 hours ago as of midnight Tuesday local time, raising the total number of infections to 8,320.

France has detected 7,730 cases of coronavirus infection, and 175 people have died of the virus, Health General Director Jerome Salomon announced on Tuesday at a daily update.

The total deaths from COVID-19 in the United States topped 100 as of Tuesday (2300 GMT), according to Johns Hopkins University. A total of 106 people have died and there are 6,330 confirmed cases.

There have been 2,742 confirmed COVID-19 cases in Switzerland as of Tuesday.

As many as 1,950 people have tested positive for COVID-19 in Britain as of Tuesday morning, according to the latest figure from the Department of Health and Social Care.

The death toll from the novel coronavirus in the Netherlands increased by 19 to 43 since the last update on Monday, the Dutch National Institute for Public Health and the Environment (RIVM) announced on Tuesday. The RIVM also reported 292 new positive tests, raising the total of confirmed cases to 1,705.