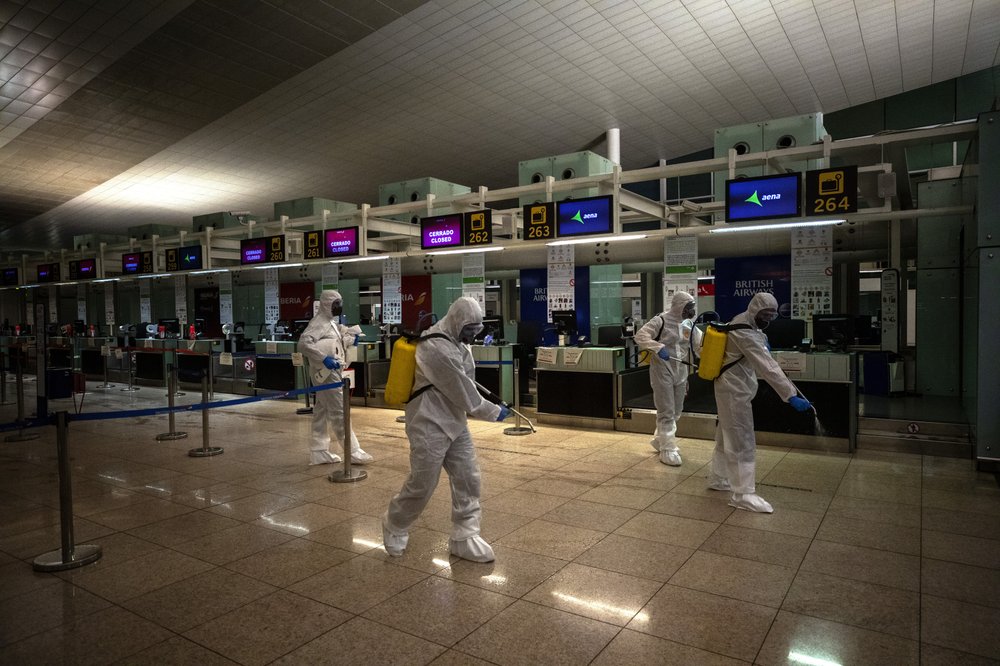 Spanish UME (Emergency Army Unit) soldiers disinfect the terminal one to prevent the spread of COVID-19 at the airport of Barcelona, Spain, Thursday, March 19, 2020. (Photo: AP)

The global death toll from COVID-19 increased by 828 to 8,778 in the past 24 hours as of 00:00 CET on Thursday, according to the daily situation report released by the World Health Organization (WHO).

The report showed a total of 209,839 confirmed cases of COVID-19 were reported as of Thursday, an increase of 16,556 infections compared to the previous day. 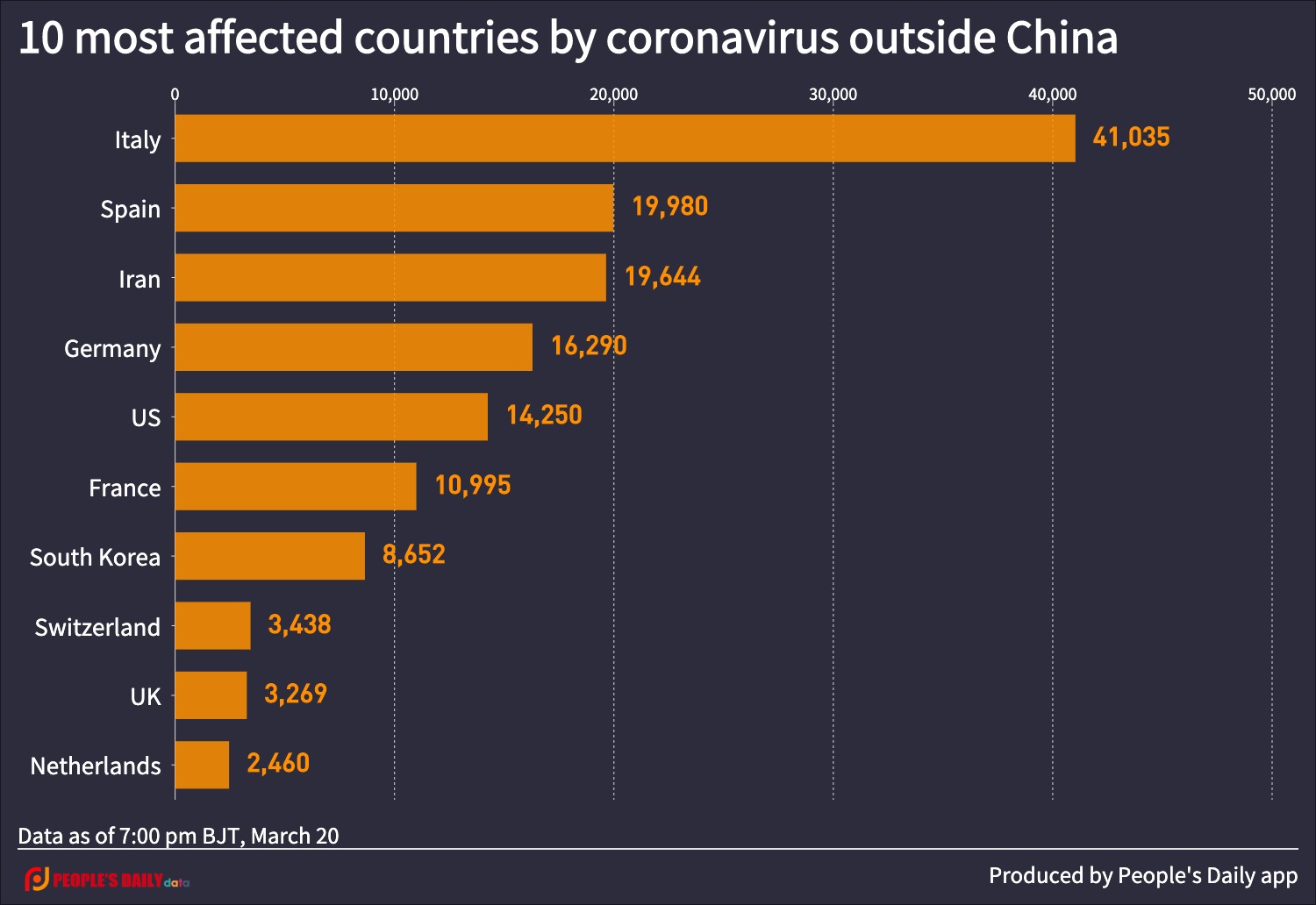 The total confirmed cases reached 41,035 in Italy with 427 new deaths and 5,322 new cases were announced on Thursday.

Iran's health ministry spokesman said on Friday Iran has 1,237 new cases of coronavirus and 149 new deaths. The number of cases has risen to 19,644, with the number of deaths at 1,433.

There have been 19,980 confirmed cases with 1,002 deaths in Spain, according to figures released on Friday.

The United States so far has 14,250 confirmed cases, according to the Center for Systems Science and Engineering (CSSE) at Johns Hopkins University on Friday.

French health authorities reported 108 new deaths from coronavirus on Thursday and the number of cases had risen to 10,995.

There have been 4,222 confirmed COVID-19 cases in Switzerland as of Thursday.

The Netherlands has itself recorded 76 deaths and 2,460 cases in total as of Thursday.