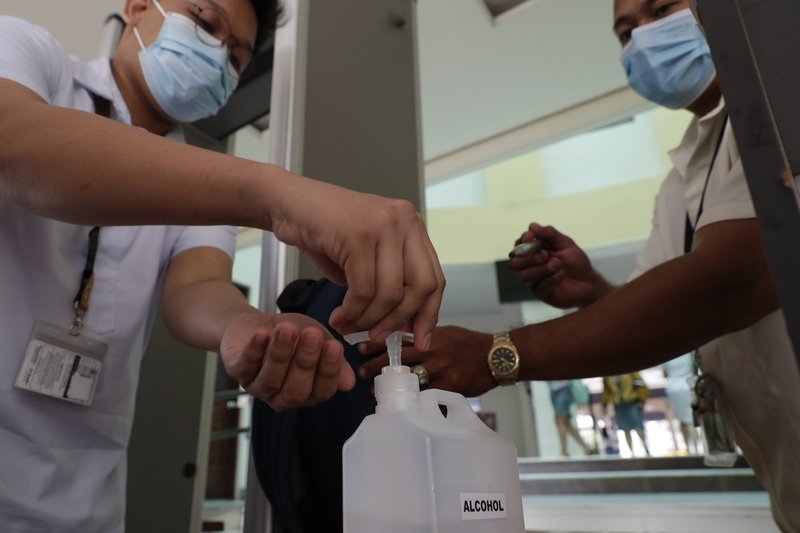 A student pours alcohol on his hands before entering the campus as a precautionary measure against the spread of a new virus at a school in Manila, Philippines, Friday, Jan. 31, 2020. (File photo: AP)

The World Health Organization (WHO) said the global number of reported cases of COVID-19 rose to 375,498 with 16,362 confirmed deaths by 5:53 am on Wednesday (BJT). WHO spokeswoman Margaret Harris warned that the US has the "potential" to overtake Europe as the new epicenter of the virus. 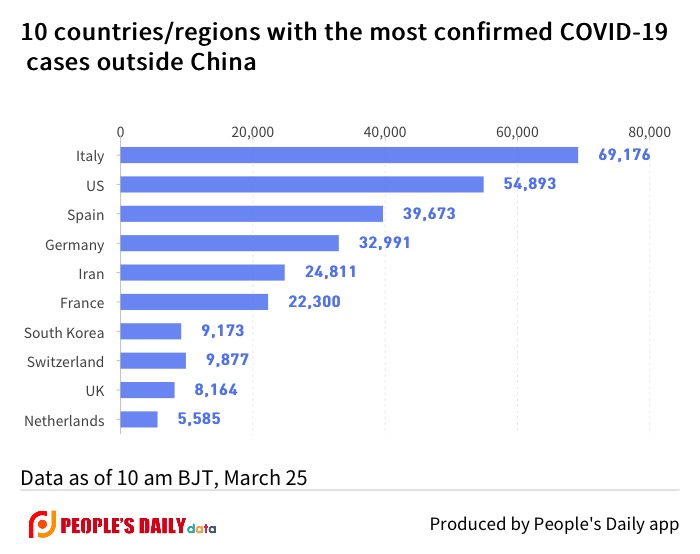 China’s national health agency said on Wednesday the Chinese mainland did not see an increase in domestic cases, but recorded four new deaths. All of the 47 new confirmed cases were imported from abroad. Wuhan, former epicenter of COVID-19 outbreak, started resumption of its public transit system and the first buses hit the road in the early hours on Wednesday.

The number of COVID-19 cases in the United States topped 50,000 as of 3 pm US Eastern Time on Tuesday (1900 GMT), according to a running count of Johns Hopkins University. Dr. Ian Lipkin, known as the US 'virus hunter’, revealed he has tested positive for coronavirus in an interview with  Fox News on Tuesday. "If it can hit me, it can hit anybody," he warned.

India announced a 21-day national lockdown of its 1.3 billion people on Tuesday to try to curb the spread of the coronavirus in the world’s second most populous country.

French Director General of Health Jerome Salomon on Tuesday announced that 1,100 people diagnosed with the COVID-19 have died, an increase of 240 in one day. "We are facing an unprecedented, serious and rapid virus circulation. Stay at home to avoid more deaths, more critical cases," Salomon said, adding that the effects of movement restriction could be assessed within days.