The global death toll from COVID-19 increased by 3,159 to 26,494 in the past 24 hours as of 10:00 CET on Saturday, according to the daily situation report released by the World Health Organization (WHO). 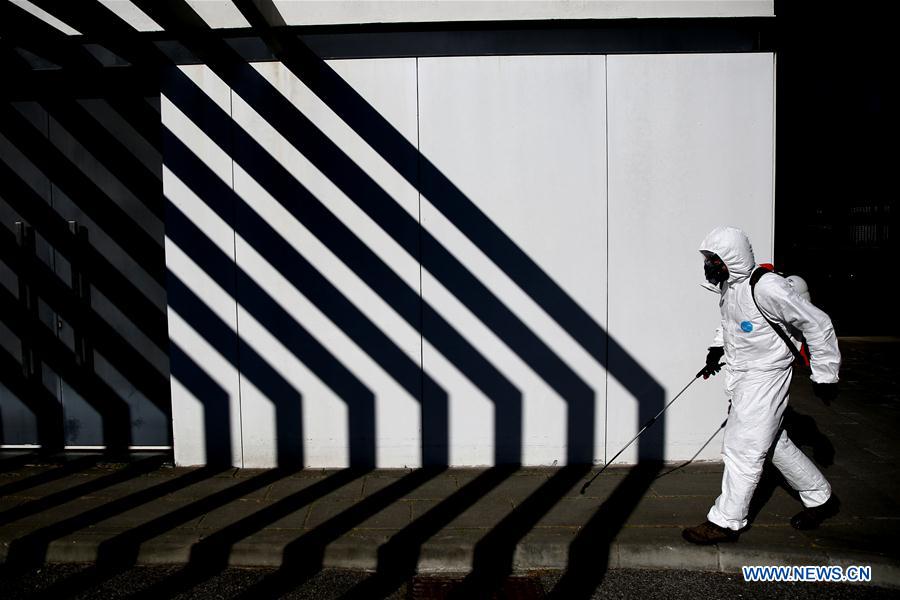 The report showed a total of 571,678 confirmed cases of COVID-19 were reported as of Friday, an increase of 62,514 infections compared to the previous day. 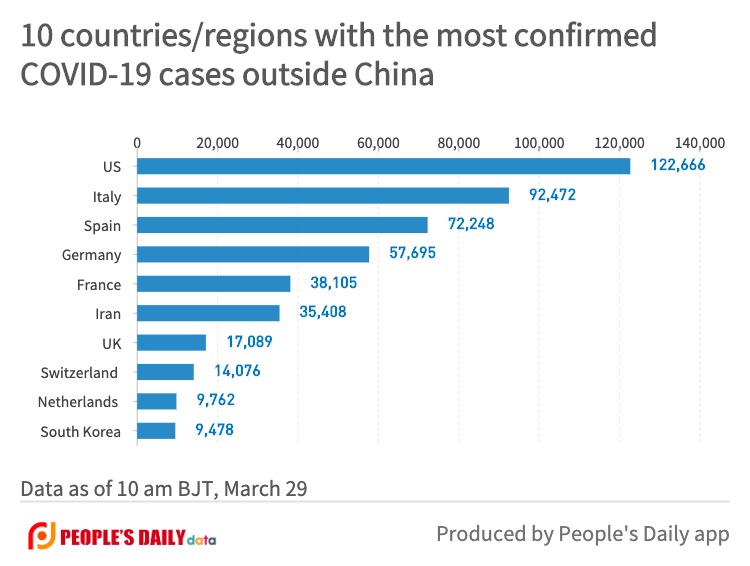 The US now has 124,686 confirmed cases of the new coronavirus as of 8:19 am BJT on Sunday. The number of deaths late Saturday was  2,191, about a quarter of them in New York City, the country's hardest-hit region, Johns Hopkins reported.

Italy, which recorded its first coronavirus death in February, has to date declared 10,023 fatalities, with 92,472 infections and 12,384 people recovered.

Spain has the world's second-highest coronavirus death toll after Italy, losing another 838 people over the last 24 hours as the number of cases soared to 78,797. The deadly epidemic has so far claimed 6,528 lives.

Confirmed cases of COVID-19 in Germany increased to 58,247 on Saturday.

A total of 17,320 people in the UK were confirmed positive for the virus, said the Department of Health and Social Care on Saturday. 1019 people have died.

There have been 14,352 confirmed COVID-19 cases in Switzerland as of Saturday.

The Netherlands has itself recorded 9,819 cases in total as of Saturday, according to the National Institute of Public Health and the Environment.

South Korea reported a total of 9,583 national infections of COVID-19 and 152 deaths on Saturday.