There have been more than 20,000 confirmed cases of the COVID-19 outside China, with 335 more deaths, statistics from the World Health Organization (WHO) showed Friday. 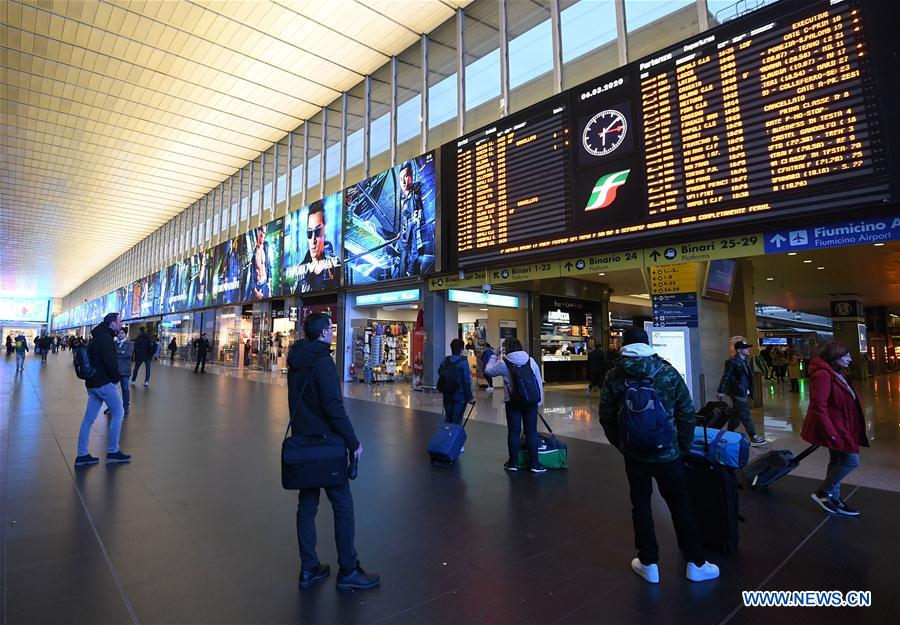 People check the train schedule in Roma Termini railway station in Rome, Italy, on March 6, 2020. A total of 3,916 people were tested positive for the coronavirus in Italy since the epidemic first broke out here 15 days ago, the Civil Protection Department said Friday. (Photo: Xinhua)

In the past 24 hours, at least 2,873 newly confirmed cases outside China have been reported , according to WHO statistics. 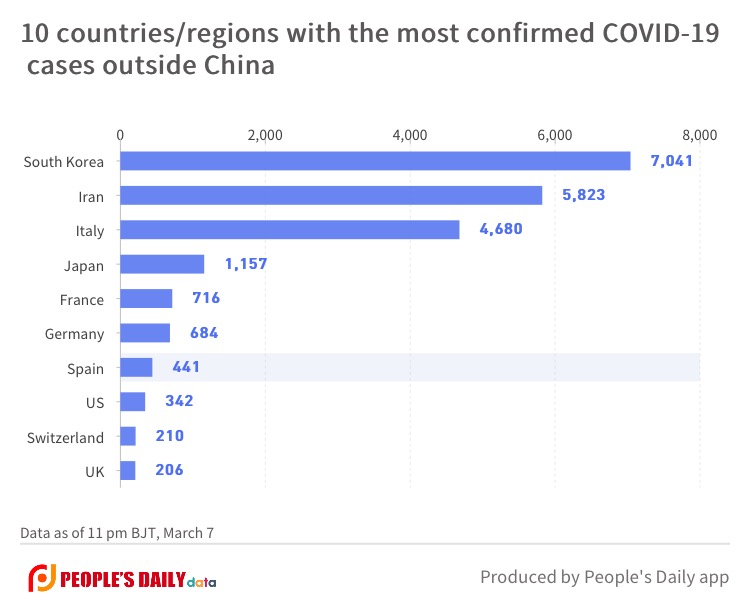 South Korea confirmed 274 more cases of COVID-19 in the past 24 hours, raising the total number of infections to 7,041, according to the Korea Centers for Disease Control and Prevention (KCDC).

The novel coronavirus has now claimed 145 lives out of more than 5,823 cases in Iran on Friday.

Italy reported a total of 197 deaths and the total number of infections reached 4,680 on Friday.

France reported a total of 9 deaths and the total number of infections reached 716 on Friday.

The death toll stood at 15 in US on Friday. Nationwide, there are 342 confirmed cases.