Long exposition picture of vehicles in motion along 23 de Maio Avenue -one of the most important in the city- in Sao Paulo, Brazil, on April 30, 2020, amid to the COVID-19 coronavirus pandemic. (Photo: AFP) 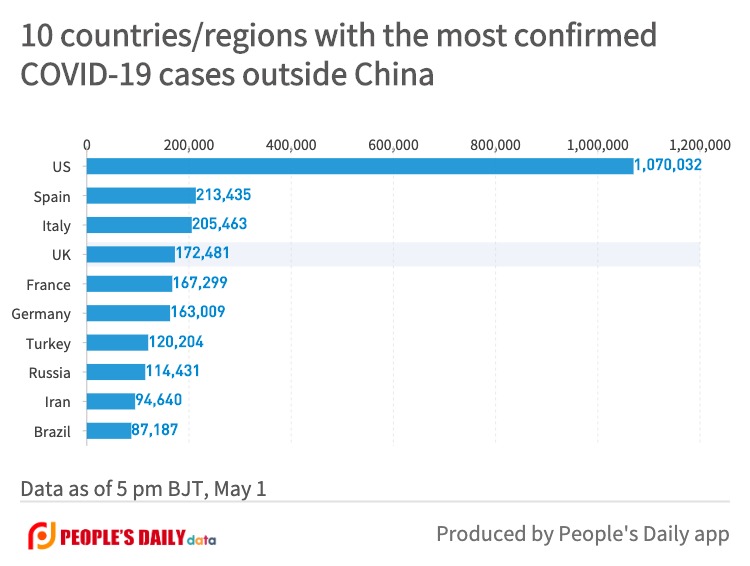 The outbreak has now claimed the lives of at least 63,019 people in the US, the most of any country. The US also leads the world in the number of confirmed infections with 1,070,032, according to a tally by Johns Hopkins University as of 4:32 pm BJT on Friday.

The ministry said a total of 24,543 people have died from COVID-19 in Spain so far. There was also a significant fall in new cases, taking the country's total to 213,435.

British Prime Minister Boris Johnson said Thursday that the country is "past the peak" of the COVID-19 outbreak as a total of 26,711 patients have died in hospitals, care homes and the wider community as of Wednesday afternoon. The UK now has 172,481 confirmed cases.

Turkish Health Minister Fahrettin Koca on Thursday confirmed 2,615 new COVID-19 cases and 93 more deaths in Turkey. The total number of confirmed cases in Turkey has increased to 120,204, while the death toll surged to 3,174, Koca tweeted.