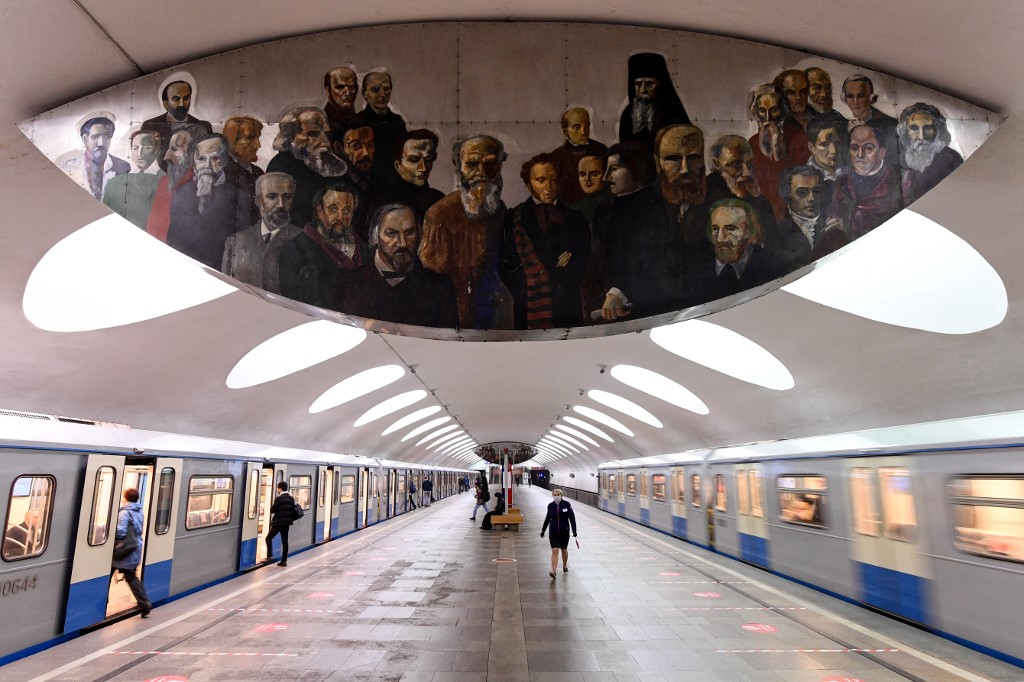 A woman wearing a protective mask walks on a platform at the Otradnoye metro station under an art painting depicting famous Russian writers and composers, in Moscow on May 26, 2020. (Photo: AFP) 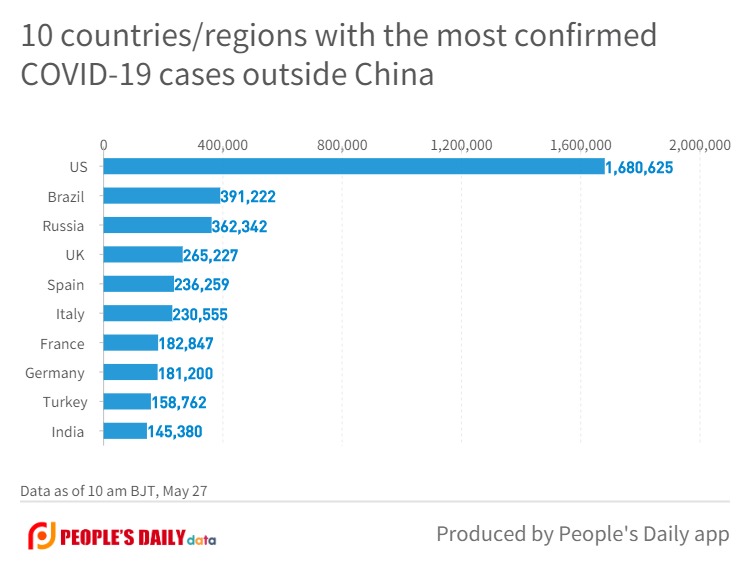 The outbreak has now claimed the lives of at least 98,223 people in the US, the most of any country. The US also leads the world in the number of confirmed infections with 1,680,625, according to a tally by Johns Hopkins University as of 8:32 am BJT on Wednesday.

Another 134 COVID-19 patients have died in the UK as of Monday afternoon, bringing the total coronavirus-related death toll in the country to 37,048, the Department of Health and Social Care said Tuesday. As of Tuesday morning, 265,227 people have tested positive in Britain, a daily increase of 2,004, according to the department.

Turkey's COVID-19 cases on Tuesday rose to 158,762, amid a continued slowdown in the pandemic, while Saudi Arabia announced a three-phase plan to gradually ease the anti-coronavirus restrictions. Turkey, the hardest-hit country in the Middle East, confirmed 948 new COVID-19 cases and 28 more deaths, as the death toll climbed to 4,397.

India has about 0.3 COVID-19 deaths per 100,000 of population which is amongst the lowest in the world, against the statistics of 4.4 deaths per 100,000 population for the world, said a statement issued by the Ministry of Health and Family Welfare Tuesday. According to Tuesday morning's official data, total COVID-19 cases and the total number of deaths stood at 145,380 and 4,167, respectively.