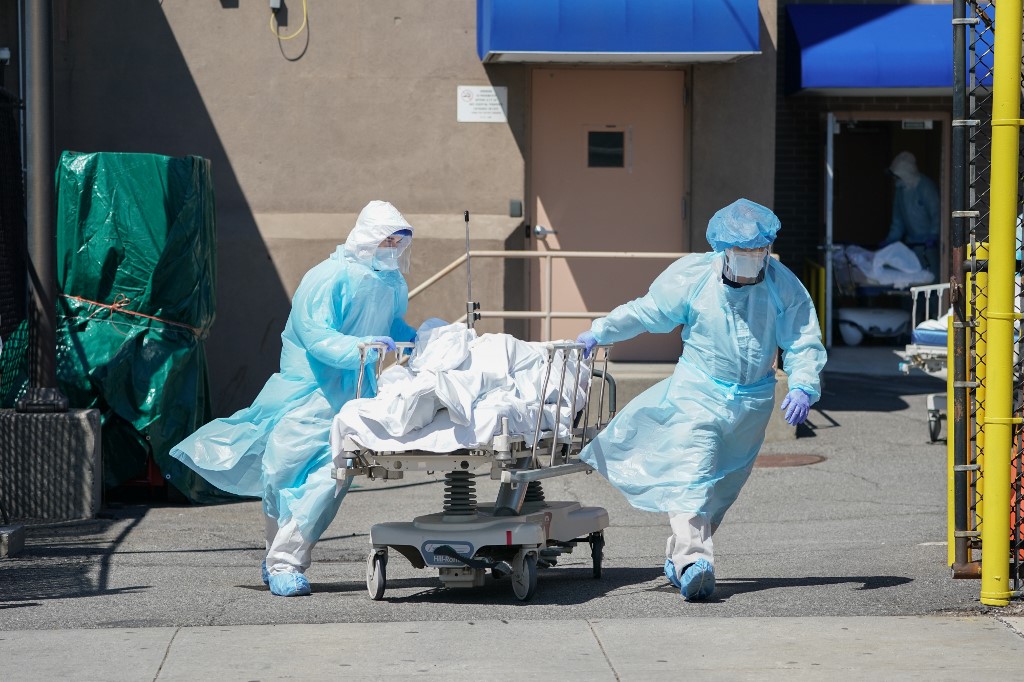 In this file photo taken on April 06, 2020 bodies are moved to a refrigeration truck serving as a temporary morgue at Wyckoff Hospital in the Borough of Brooklyn in New York. (Photo: AFP) The outbreak has now claimed the lives of at least 100,411 people in the US, the most of any country. The US also leads the world in the number of confirmed infections with 1,699,126, according to a tally by Johns Hopkins University as of 8:32 am BJT on Thursday.

Another 412 COVID-19 patients have died in the UK as of Tuesday afternoon, bringing the total coronavirus-related death toll in the country to 37,460, the Department of Health and Social Care said Wednesday. As of Wednesday morning, 267,240 people have tested positive in Britain, a daily increase of 2,013, according to the department.

Turkey's confirmed cases of the COVID-19 increased by 1,035 in a single day, bringing the total cases in the country to 159,797, Turkish Health Minister Fahrettin Koca said on Wednesday. In the past 24 hours 34 more people have died, taking the death toll to 4,431, the minister tweeted.