The Latest on the explosion and fire at a major oil facility in Saudi Arabia (all times local): 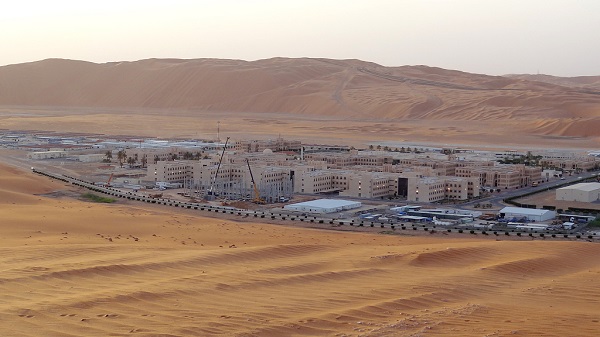 A military spokesman for Yemen's Houthi rebels has claimed a drone attack on two major oil installations in Saudi Arabia.

Yahia Sarie made the announcement Saturday in a televised address carried by the Houthi's Al-Masirah satellite news channel.

He said the Houthis sent 10 drones to attack an oil processing facility in Buqyaq and the Khurais oil field.

He warned attacks by the rebels against the kingdom would only get worse if the war in Yemen continues.

Sarie said: "The only option for the Saudi government is to stop attacking us."

A Saudi-led coalition has been battling the rebels since March 2015.

The kingdom did not say who was behind the attacks Saturday. Yemen's Houthi rebels have launched similar attacks, but did not immediately claim the latest assaults.

The ministry said investigations were ongoing.

One attack struck a major oil facility in Buqyaq, which is near Dammam in the kingdom's Eastern Province. Online videos apparently from the area showed a massive blaze on the horizon, with the apparent sound of gunfire in the background.

The ministry identified the other area targeted as its Khurais oil field.

A Saudi-owned satellite news channel is reporting an explosion and fire at a Saudi Aramco facility in the kingdom's east, without offering a cause for the blaze.

The Dubai-based broadcaster Al-Arabiya reported the fire early Saturday morning in Buqyaq, which is near Dammam in the kingdom's Eastern Province.

The channel did not elaborate.

Online videos showed a massive blaze on the horizon, with the apparent sound of gunfire in the background.