Some Kenyan hospitals are appealing for blood donations as the number of people wounded in an attack on an upscale hotel complex in Nairobi remains unknown. 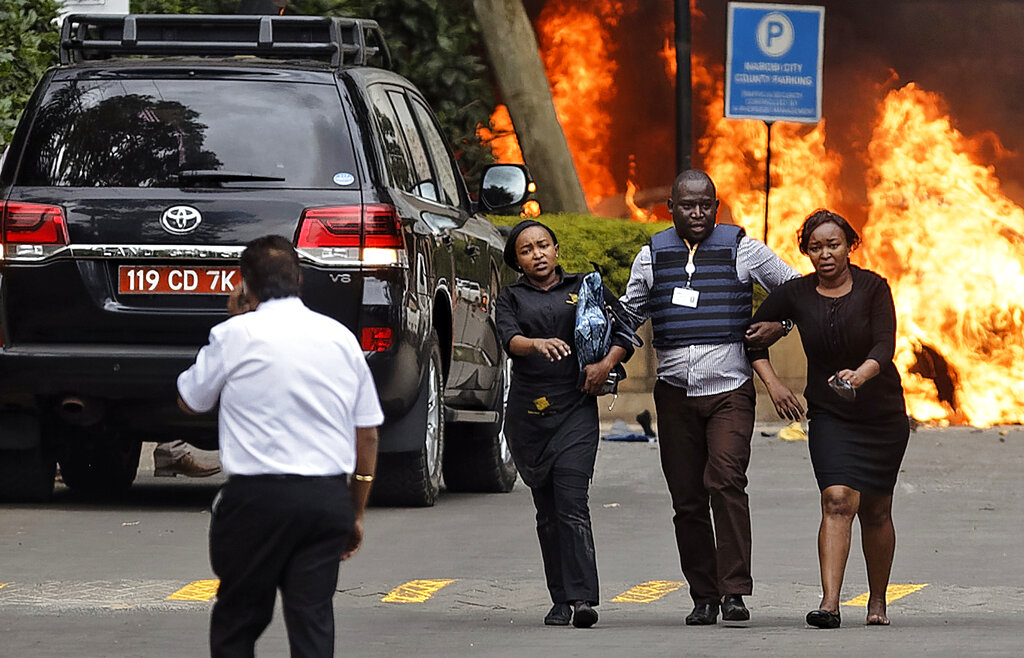 Night has fallen and it is not immediately clear whether attackers are still active in the complex and how many people might be trapped or hiding inside.
The al-Qaida-linked al-Shabab extremist group has claimed responsibility for the attack. It occurred a short distance from the Westgate Mall, which al-Shabab attacked in 2013, killing 67 people. 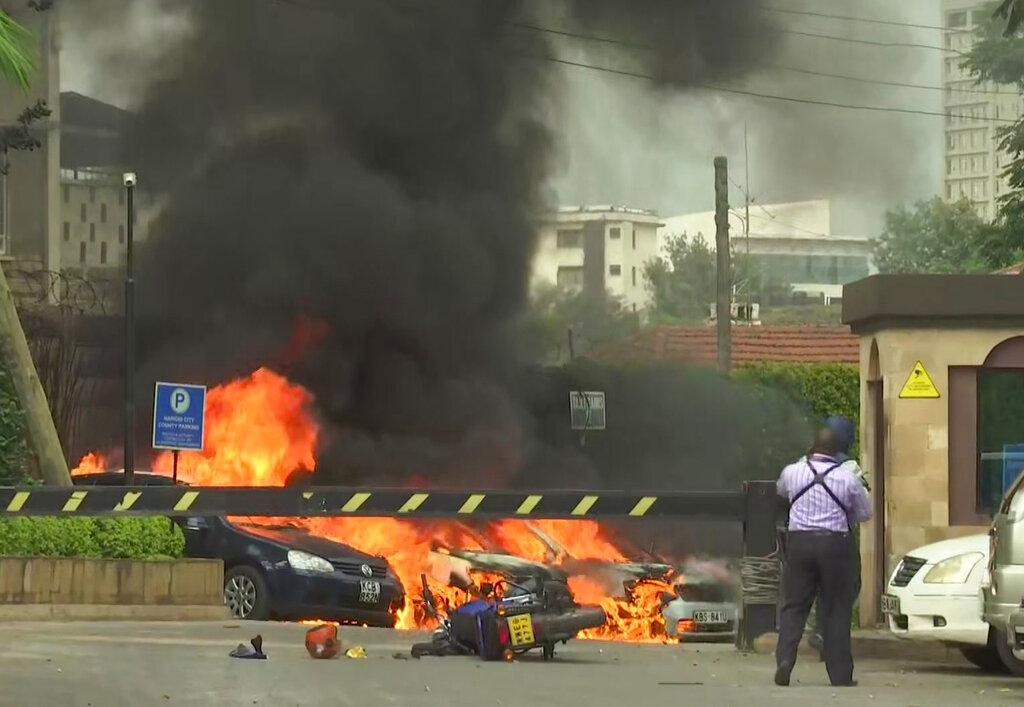 This frame taken from video shows a scene of an explosion in Kenya's capital, Nairobi, Tuesday Jan. 15, 2019.

The al-Qaida-linked group issued the claim via its radio arm, Andalus.

Explosions and gunfire have been heard at the complex in the Westlands neighborhood as dozens of people are rushed from the scene.

At least one person in bomb disposal gear can be seen. An unexploded grenade has been seen in a hallway of the shopping complex.

A gunfight was underway following a blast at a hotel and office complex in a leafy Nairobi neighbourhood Tuesday, an AFP reporter and a witness said.

A blast at the DusitD2 compound, which includes a hotel and several office buildings housing international companies, was heard from AFP's offices some five kilometres (three miles) away.

Simon Crump, who works at one of the offices, said workers had barricaded themselves inside their offices after "several" explosions.

"We have no idea what is happening. Gunshots are coming from multiple directions," he told AFP, adding that the people were terrified.

Police sirens echoed through the city and a helicopter buzzed overhead.

A large group of women have been hurried by security forces, one woman still in hair curlers, out of the upscale hotel complex in Kenya's capital, which is under attack. (Video source: AP)

A reporter sent to the scene said the gunmen and security forces were exchanging gunfire.

"There was a bomb, there is a lot of gunfire," whispered another man working at the compound, asking not to be named.

It was not immediately clear whether the incident was a robbery or an attack.

"All police teams have been dispatched to the scene where the incident is. As at now we are treating it as anything, including the highest attack," police spokesman Charles Owino said by phone.

"All police teams including anti-terror officers are at the scene," he said.

Flames and plumes of black smoke billowed into the sky from the parking lot of the compound where several vehicles were on fire, with scores of people fleeing the compound, some of them lightly injured.

The scenes in the Westlands suburb reminded Nairobians of a bloody terrorist attack in 2013 when Islamist gunmen stormed the Westgate mall, killing at least 67 people.

The country faced a spate of attacks after it sent its army into Somalia in October 2011 to fight the Islamist Shabaab group, affiliated to Al-Qaeda.

On April 2, 2015, another Shabaab attack killed 148 people at the university in Garissa, eastern Kenya.