The Latest on the shooting of seven South Carolina law enforcement officers (all times local): 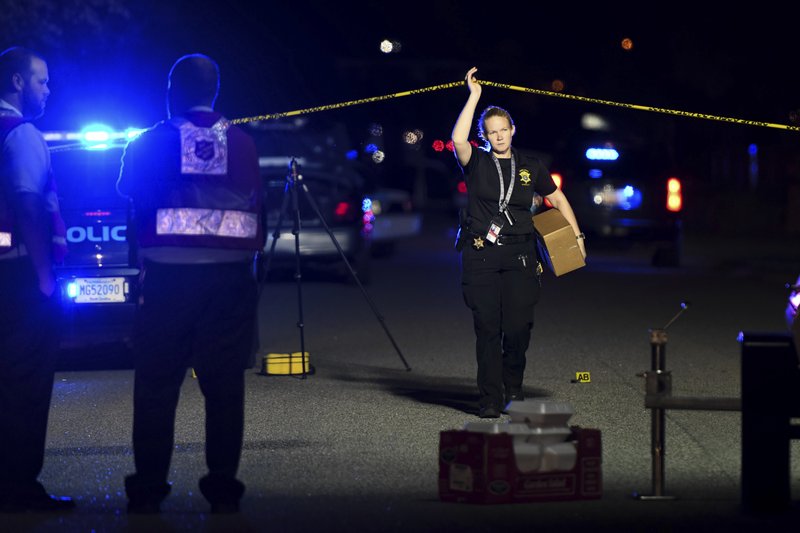 A member of the sheriff's department exits the crime scene on Ashton Drive in the Vintage Place neighborhood where several members of law enforcement were shot, one fatally, Wednesday, Oct. 3, 2018, in Florence, S.C. (Photos: AP)

A man accused of shooting seven South Carolina police officers outside his home posted on social media about being a competitive marksman and taking his children shooting with him.

Images captured from Frederick Hopkins’ Facebook show comments he made in 2014 talking about taking his 12-year-old to a shooting range and firing an M-14 rifle “set up exactly like one I used in Viet Nam in 69-70.”

“I just love the smell of gunpowder in the mornin’s,” he wrote in the post to commemorate his 70th birthday. The post also says he had been “shooting competitively since 1984 and lovin’ it.”

Other posts, from 2016, show images of rifles and say he was the “South Carolina 3-Gun Silhouette Champion for 2011.”

Authorities have identified Hopkins as the suspect in the shootings of seven law enforcement officers in Florence Wednesday. Florence Police Officer Terrence Carraway was killed. 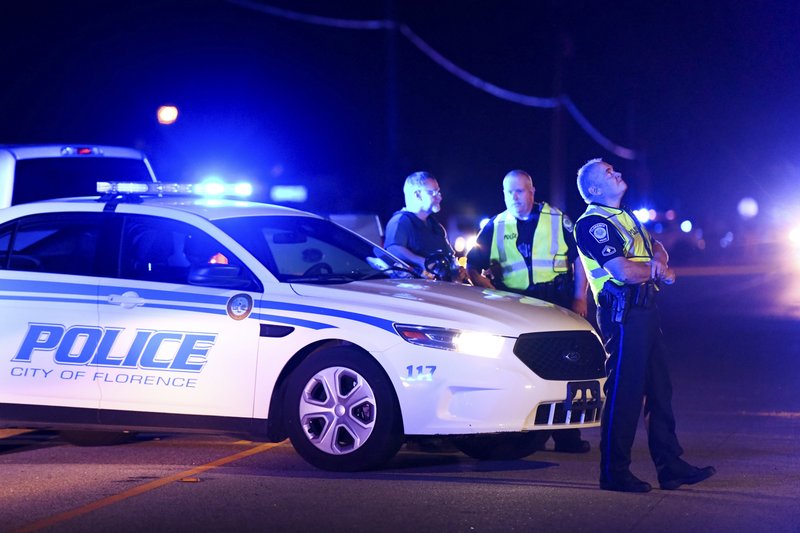 Authorities direct traffic on Hoffmeyer Road near the Vintage Place neighborhood where several members of law enforcement were shot, one fatally, Wednesday, Oct. 3, 2018, in Florence, S.C.

The man accused of killing a police officer and wounding six other law enforcement officers in a South Carolina standoff is a military veteran who received disability payments after being wounded in the Vietnam War.

That’s according to a South Carolina Supreme Court ruling in a divorce case involving 74-year-old Frederick Hopkins and his ex-wife Carol Hopkins.

The court noted in the year 2000 that Frederick Hopkins was injured in the Vietnam War and he was receiving a disability payment of $1,127 a month. Hopkins also was a lawyer, admitted to the South Carolina bar in 1980, but was later disbarred.

Authorities said Frederick Hopkins is under arrest in a hospital after falling on his head at some point during the standoff, which began when deputies tried to serve a search warrant at the home.

The suspect in the shooting of seven law-enforcement officers in South Carolina is a disbarred lawyer who has been charged several times in recent years, starting with a 2014 count of disorderly conduct.

Authorities identified the shooter in the Wednesday night incident as 74-year-old Frederick Hopkins. According to public court records, Hopkins’ charges include two in 2015 and 2017 for “running at large,” an offense related to not restraining one’s animals.

Officials say one of the officers Hopkins shot was killed.

WIS-TV reports that Florence County Chief Deputy Glenn Kirby says Hopkins is hospitalized with a head injury and unable to speak with officers. 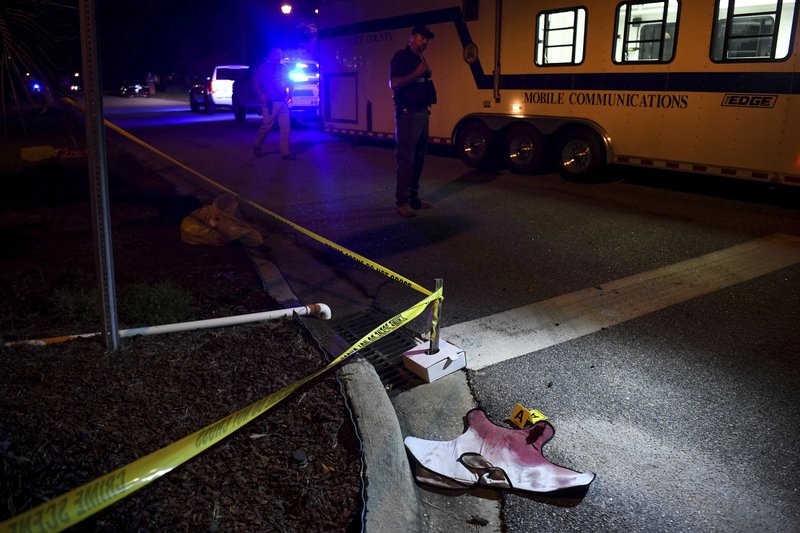 Blood-soaked evidence lies on Saxon Drive in the Vintage Place neighborhood where several members of law enforcement were shot, one fatally, Wednesday, Oct. 3, 2018, in Florence, S.C.

Authorities have named the suspect they believe shot seven police officers in South Carolina as they tried to serve a search warrant.

Kirby says Hopkins is hospitalized with a head injury and unable to speak with officers. WPDE-TV reports Hopkins fell at the scene.

Kirby says officers were trying to serve a warrant involving an accusation that a 27-year-old person at the home sexually assaulted a foster child in the home.

One officer was killed and six others injured Wednesday in an upscale Florence neighborhood.

Authorities had to use a bullet-proof vehicle to rescue seven police officers in South Carolina who were shot by a man as they tried to serve a warrant.

Florence County Sheriff’s Maj. Mike Nunn said three deputies were shot around 4 p.m. Wednesday from a man inside a home in an upscale Florence neighborhood.

Florence Police Chief Allen Heidler says four of his officers were then shot, one fatally, as they rushed to the scene to assist the deputies.

Heidler asked for prayers for the slain officer, calling him the “bravest police officer I have ever known.”

Nunn says the man held children hostage during a two-hour standoff, but they weren’t harmed.

Authorities didn’t name the suspect or say why they were serving the warrant.