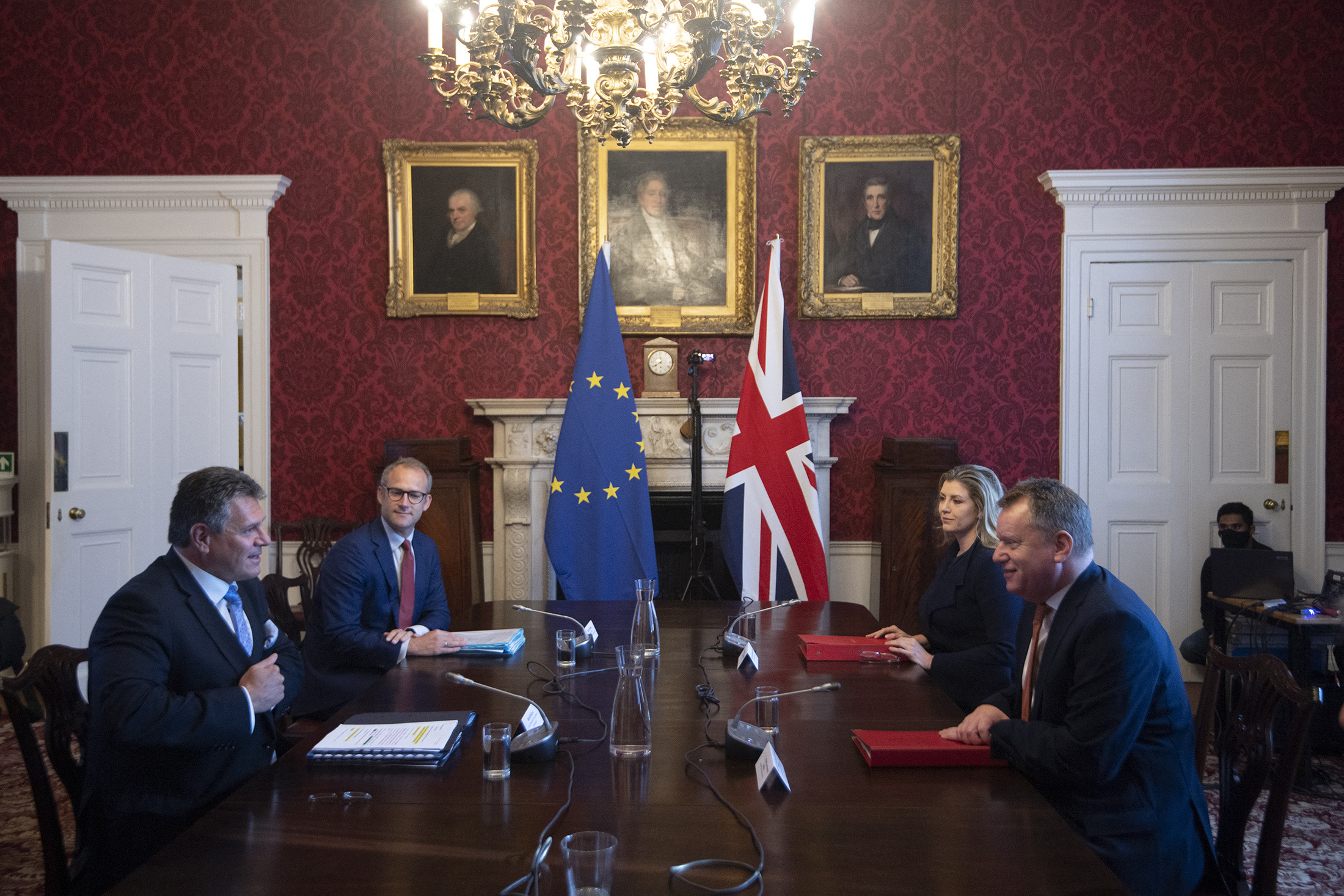 Maros Sefcovic has been up early in London for a string of meetings. The EU Brexit negotiator has a lot of ground to cover with his UK counterpart David Frost and even after a personal dinner the night before, the two sides are in dangerous waters over the future of the post-Brexit relationship.

Both sides have been busy preparing detailed paperwork on VAT, veterinary regulations, channel fishing rights and plenty more, but once those are out of the way, the ugly business of the Northern Ireland Protocol lies in wait.

The atmospherics are not encouraging, with the UK already three months into unilateral breaching of agreed regulations regarding trade routes to Northern Ireland and more deadlines approaching in July and October.

Ruling on cold meats and other agricultural products kicks in next month and if the UK can't demonstrate adherence to EU farming norms, then those products will be banned from sale in Northern Ireland.

It's hard to overestimate how culturally disruptive it would be to remove English sausages and nuggets from supermarket shelves in Belfast.

Thus far, the UK has accused the EU of being too purist with its interpretation of the protocol, but Brussels is already quite clear about what it regards as Westminster's wilful disregard for the deal and woeful lack of readiness for the technical adjustments.

And both sides know with some certainty that U.S. President Joe Biden will take a role in this once he arrives on UK territory on Thursday, given the importance of the EU and Britain in his plans for stronger alliances among Western nations.

But the details lie in the London conference and the ability of the two negotiators to find a way forward.

It's quite clear the ports in Northern Ireland are still underprepared to follow the letter of the protocol with checks and enforcement.

It's clear the Unionist politicians in Northern Ireland are ready to raise the disruptive stakes over what they regard as a weakening of the British Union and a betrayal of their position as UK citizens.

Brussels will be considering and possibly even spelling out at the meeting the measures it is prepared to take should the UK, in its view, continue to violate the protocol. That could stretch to fines or even confiscation of goods.

These would be drastic measures, but six months into Brexit little has changed and political tempers are fraying.

Irish Taoiseach (prime minister) Micheal Martin, has urged both sides to avoid the political and stick to the technical.

Ireland's ports have been preparing for Brexit changes for the past two years. Dublin understands better than most how quickly the situation north of the border can unravel once the wrong factions seize the initiative.