WORLD The Obamas were 2018's most admired people: Gallup Poll

The Obamas were 2018's most admired people: Gallup Poll 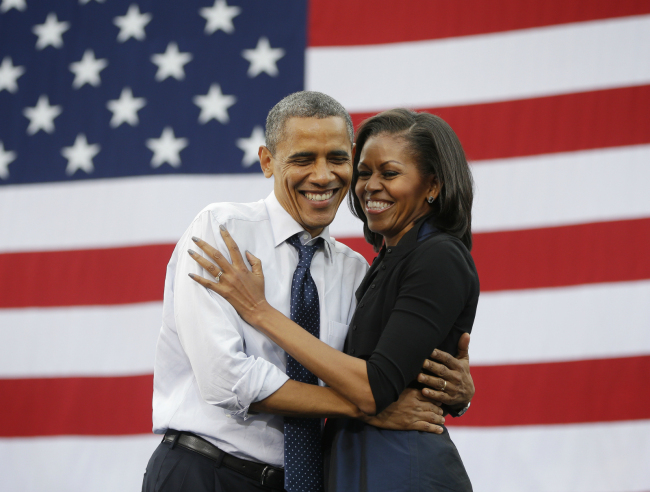 Barack Obama has been on the top of the list for 11 years, and is just short of beating the 12-year record held by the 34th President Dwight Eisenhower.

US President Donald Trump ranked second on the chart. If he doesn't make to the top spot at least once while he is president, he will join the club with Gerald Ford as being the only president who didn't top the list at least even once while in office.

Michelle Obama broke Hillary Clinton's 17-year-long record, and is far ahead of the second-place on the list, which is held by the television star Oprah Winfrey.

This year marked the 50th time that Queen Elizabeth has made it into the top 10 list of women.

Gallup made mention of the fact that two men who often ranked in the top 10 passed away this year: Senator John McCain and the evangelist Billy Graham.

Gallup's annual survey asks Americans in the form of an open-ended question to name the man and woman in the world they admire the most. Gallup first asked this question in 1946 and has done so every year since, except in 1976.

This year's survey was held on December 3-12.