WORLD The political weapon that migration has become

The political weapon that migration has become 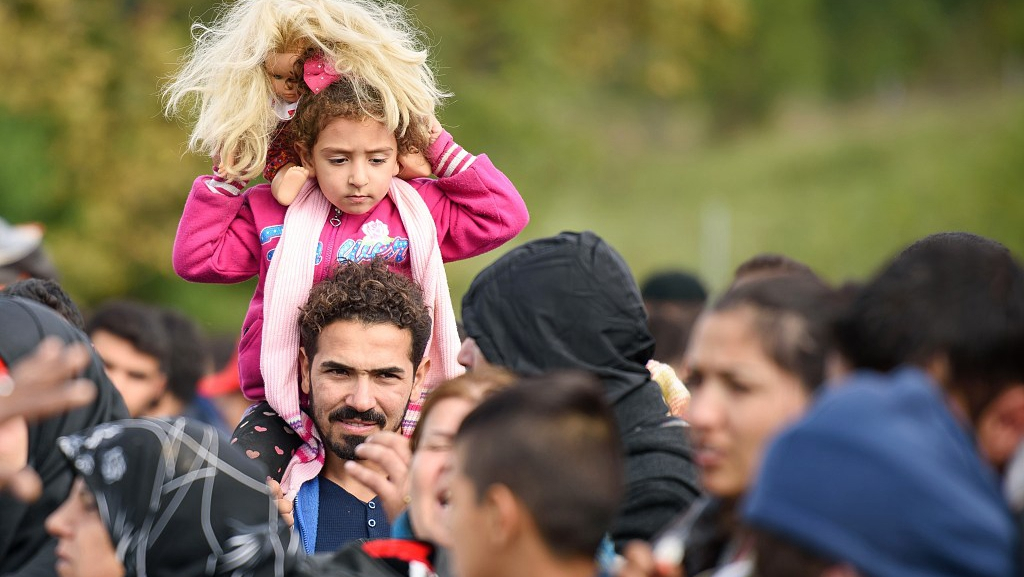 Migrants and refugees wait to cross the Slovenian-Austrian border in Sentilj onto Spielfeld on October 18, 2015. (Photo: VCG)

Given the global noise about migration, it is easy to forget that just a tiny proportion of the world's population are actually migrants.

The World Migration Report 2020 estimates the figure at 3.5 percent.

But the issue has shot up the international agenda especially in the last two years or so as a result of events that have caused great upheaval, leading to what the report calls the increasing use of migration as a political tool.

The events include the movement of millions of people because of conflicts in countries like Yemen, Syria, the Democratic Republic of the Congo and South Sudan, economic and political instability such as in Venezuela, and the Rohingya crisis.

"Migration is now a top-tier political issue interconnected to human rights, development, and geopolitics at national, regional and international levels," acknowledges Antonio Vitorino, the director general of the International Organization for Migration (IOM), which commissioned the document.

The report puts the total number of international migrants at about 272 million, with two-thirds of them categorized as migrant workers.

But that figure is already ahead of the 230 million that was forecast previously by some agencies for the year 2050.

"That said, it is widely recognized that the scale and pace of international migration is notoriously difficult to predict with precision because it is closely connected to acute events (such as severe instability, economic crisis or conflict) as well as long-term trends (such as demographic change, economic development, communications technology advances and transportation access)," the report says.

It is clear, therefore, that the immigration will remain a hot-button issue globally.

"As part of current shifts, international migration has increasingly become weaponized," the report says. "It is being used by some as a political tool, undermining democracy and inclusive civic engagement, by tapping into the understandable fear in communities that stems from the accelerated pace of change and rising uncertainty of our times.

"Some leaders seek to divide communities on the issue of migration, downplaying the significant benefits and enrichment migration brings and steadfastly ignoring our migration histories."

One of those benefits is migrants' remittances, which provide a lifeline for millions of households particularly in developing nations.

The top three remittance recipients, according to the report, are India with 78.6 billion US dollars, which is equal to nearly three percent of the country's GDP. China is next at 67.4 billion dollars and Mexico 35.7 billion dollars.

"In addition to its role as a top recipient, China (classified as an upper-middle-income country by the World Bank) has also been significant, although declining, source of remittances, with 20.29 billion dollars in 2016, down to 16.18 billion in 2017," the report says.

India tops the list of nations with the largest number of migrants living abroad – 17.5 million, followed by Mexico with 11.8 million and China 10.7 million.

The number of people thought to be living in a country other than their countries of birth has increased over the past five decades. In 2019, the figure is 119 million more than in 1990, when the estimate was 153 million, and over three times the 84 million in 1970.

When it comes to Africa, Asia, and Europe, most international migrants stay within their regions of birth, but the majority from Latin America and the Caribbean and North America do not.

When compared with the size of the population in each region, shares of international migrants are highest in Oceania, North America, and Europe at 21 percent, 16 percent and 11 percent, respectively, of the total population.

In comparison, the share of international migrants is relatively small in Asia at 1.8 percent and Africa, two percent, respectively, and Latin America and the Caribbean, 1.8 percent. However, Asia experienced the biggest growth from 2000 to 2019 of 69 percent, around 34 million people, with Europe the second largest with an increase of 25 million international migrants, followed by a rise of 18 million in North America and 11 million in Africa.

All the available data suggests that the rise in migration will continue, ensuring that future generations will not escape the pressures.