WORLD The poor, the rich: In a sick India, all are on their own

The poor, the rich: In a sick India, all are on their own 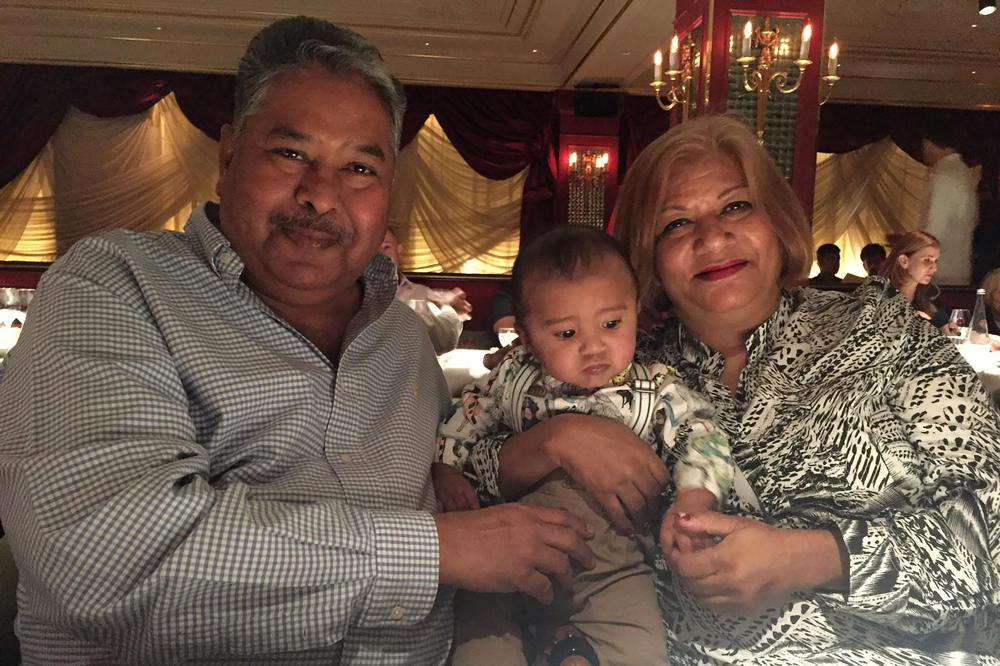 In this undated photo provided by Amrohi family, Yamini Amrohi, right, poses with her grandson and late husband Ashok Amrohi, who died of COVID-19, at a restaurant in London. (File photo via AP)

For the family of the retired diplomat, the terror struck as they tried desperately to get him past the entrance doors of a private hospital.

One family in a nation of 1.3 billion. One case of COVID-19 in a country facing an unparalleled surge, with more than 200,000 people testing positive every day.

But when the pandemic exploded here in early April, the Amrohis found themselves struggling to keep one relative alive as the medical system neared collapse and the government was left unprepared.

It’s the way now across India: Families scour cities for coronavirus tests, medicine, ambulances, oxygen and hospital beds. When none of that works, some have to deal with loved ones zippered into body bags.

The desperation comes in waves. New Delhi was hit at the start of April, with the worst coming near the end of the month. The southern city of Bengaluru was hit about two weeks later. The surge is at its peak now in many small towns, and just reaching others. 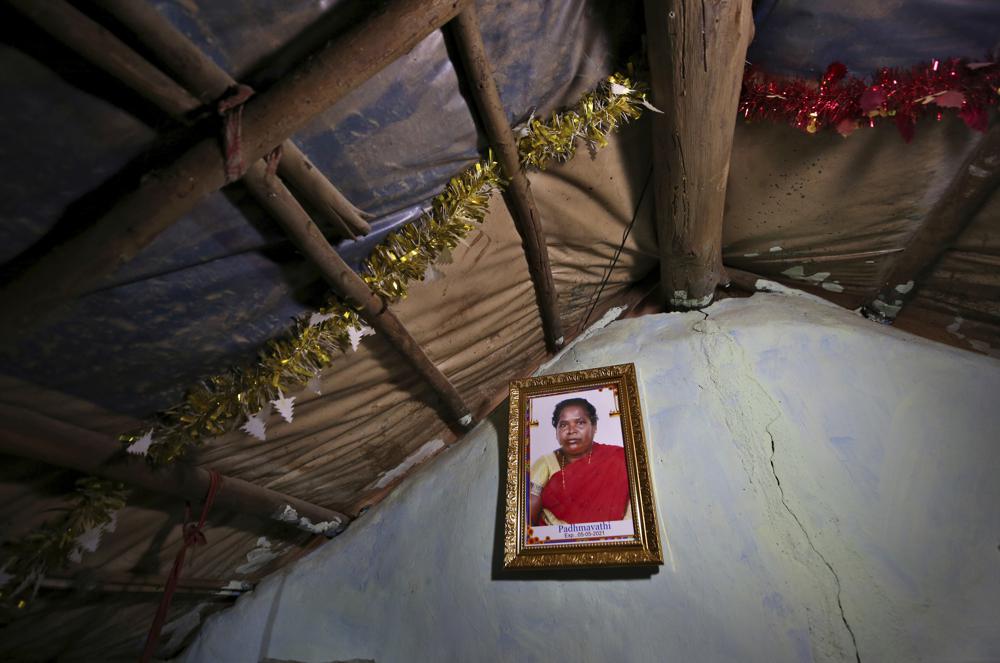 A portrait of Padmavathi, who died of COVID-19, hangs on the wall of her family hut made from bamboo and plastic sheeting in a slum in Bengaluru, India, Thursday, May 20, 2021. (Photo: AP)

But when a pandemic wave hits, everyone is on their own. The poor. The rich. The well-connected bureaucrats who hold immense sway here, and the people who clean the sewers. Wealthy businessmen fight for hospital beds, and powerful government officials send tweets begging for oxygen. Middle-class families scrounge wood for funeral pyres, and where there’s no wood, families have dumped their relatives’ bodies into the Ganges River. Hundreds of bloated corpses have been found.

The rich and well-connected still have money and contacts to smooth the search for ICU beds and oxygen tanks. But rich and poor alike have been left gasping for breath outside overflowing hospitals.

“This has now become normal,” said Abhimanyu Chakravorty, 34, whose extended New Delhi family set up a makeshift hospital for his father at home. “Everyone is running helter-skelter, doing whatever they can to save their loved ones.”

In January, Prime Minister Narendra Modi declared victory over COVID-19. In March, the health minister claimed the country was in the pandemic’s “endgame.”

By then, medical experts had been warning for weeks of an approaching viral wave. The government ignored the warnings, allowing the immense Kumbh Mela religious festival to go forward, with millions of Hindu devotees gathering shoulder-to-shoulder along the Ganges River. Hundreds of thousands also turned out for state election rallies.

The retired ambassador, Ashok Amrohi, thought it was just a cold when he began coughing on April 21. After all, he and his wife had both been fully vaccinated against coronavirus.

A medical doctor before joining the diplomatic corps, Ashok had traveled the world. He’d been ambassador to Algeria, Mozambique and Brunei, and had retired to Gurgaon, a city just outside the capital, and a life of golf and piano lessons. He was a respected, highly educated member of the upper-middle class.

He was someone who, in normal times, could easily get a bed in the best hospitals.

His fever soon disappeared. But his breathing became labored and his oxygen levels dropped. It appeared to be COVID-19. His wife, Yamini, reached out for help. A sister who lived nearby found an oxygen cylinder.

They treated Ashok at home, and Yamini was always with him. But his oxygen levels kept dropping.

The family tried to find a hospital bed in a city where there were almost no beds to be found, calling his medical school classmates for help. One eventually arranged a bed.

It was April 26. The brutal north Indian summer was coming on. Temperatures that day reached nearly 105 degrees Fahrenheit (40 degrees Celsius).

His wife, Yamini, and their adult son Anupam put him into the family’s compact SUV. They arrived about 7:30 p.m. and parked in front of the main doors, thinking Ashok would be rushed inside.

They were wrong. Admission paperwork first had to be completed, and the staff was swamped.

Anupam stood in line while Yamini stayed in the car with Ashok, who was breathing bottled oxygen. She blasted the air-conditioning, trying to keep him cool.

An hour passed. Two hours. Someone came to swab Ashok for a coronavirus test. It came back positive. His breathing had grown more difficult.

“I went thrice to the hospital reception for help. I begged, pleaded and shouted at the officials,” Yamini said. “But nobody budged.”

At one point, their daughter called from London, where she lives with her family. With everyone on a video call, their four-year-old grandson asked to talk to Ashok.

Ashok pulled off his oxygen mask: “Hello. Poppy loves you too.”

Anupam returned regularly to the car to check on his father.

“It’s almost done,” he would tell him each time. “Everything is going to be alright. Please stay with us!”

A little after midnight, Ashok grew agitated, pulling off the oxygen mask and gasping. His chest heaved. Then he went still.

Yamini went to the reception desk: “You are murderers,” she told them.

But the horror didn’t end with the ambassador’s death.

Ashok’s body, sealed in a plastic bag, was taken by ambulance the next morning to an outdoor cremation ground.

Cremations are deeply important in Hinduism, a way to free a person’s soul so it can be reborn elsewhere. A priest normally oversees the rites. Family and friends gather. The eldest son traditionally lights the funeral pyre.

But when the Amrohis got to the cremation ground, a long line of ambulances was in front of them. Beyond the gate, nine funeral pyres were blazing.

Finally, Anupam was called to light his father’s pyre.

Normally, families wait as the fire burns down, paying their respects and waiting for the ashes. But immense fires burned around the Amrohi family. The heat was crushing. Ashes filled the air.

“I have never seen a scene like that,” said Yamini. “We couldn’t stand it.”

They returned to their car, waited until they were told the body had been cremated, and drove away.

Anupam returned the next morning to collect his father’s ashes.