WORLD The road to Iowa: A nation in flux in an election year

The road to Iowa: A nation in flux in an election year

America is in flux. Once stable jobs have become precarious, mass media that grounded Americans' thinking have given way to online cacophony, and communities that seemed monolithic have been transformed by diversity. 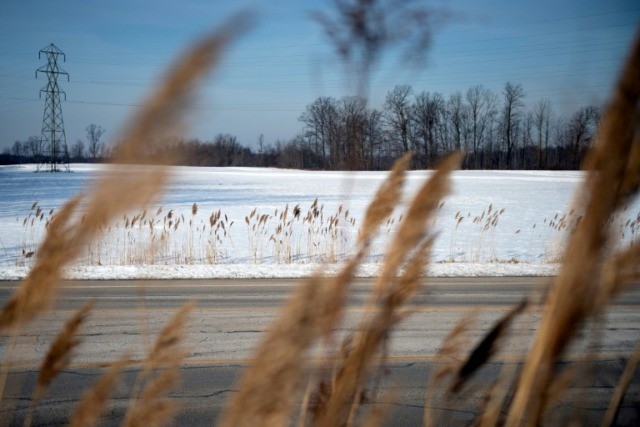 As the United States enters its election season, Americans are sharply divided on political solutions but broadly agree on at least one point -- the country is changing, and the November 3 presidential vote will be pivotal in setting its direction.

Ahead of the nation's first election contest, the February 3 Iowa caucuses to start selecting the parties' nominees, a team of AFP journalists sought to take the political pulse of the country by driving to the Midwestern state from Washington.

Zigzagging over a week across nearly 2,900 kilometers (1,800 miles), from the smokestacks of steel country to bustling college towns to remote hog farms, the mere mention of President Donald Trump always triggered a robust exchange, although many Americans also appealed for a political debate that goes beyond personalities and grapples with deeper shifts afoot.

In a roadside plaza in Ashtabula, Ohio, her two Shih Tzus racing to greet customers, 62-year-old Mary Wilson has run a shop selling medical uniforms for the past three years.

No longer physically able to continue her job as an occupational therapy assistant but unable to retire, Wilson said that other jobs available in this town on Lake Erie, while plentiful, were low-wage positions in restaurants or the summer tourism industry.

Yet the automation that she blames for decimating Ohio's factory jobs has also affected her, with so many customers instinctively buying online from Amazon.

"Local businesses, a lot of them have support from locals who shop there. But the younger population, in high school, they're growing up to just do everything online. That's the trend and that's the way it is," she said.

While Wilson is a loyal Democrat, supporting the party's efforts to expand health care access, Ashtabula County swung sharply for Trump in 2016, giving the mogul a nearly 19-point victory in a county that twice before went for Barack Obama.

More than 200 counties swung for Trump in 2016 after choosing Obama, largely in semi-rural northern states that have seen the hardest impact of industrial decline and the nation's opioid addiction epidemic.

In Pennsylvania's coal country, a key area in sealing Trump's unexpected victory, third-generation miner Floyd Macheska said he grew up as a Democrat. But he criticized the party's priority on renewable energy, casting doubt on the scientific consensus that the world is dangerously heating up.

"They always had this theory that if you were a Democrat you were there for the workers, which is not 100 percent true. Things have changed over the last six years -- I guess, four years," said Macheska, who suffers from black lung from his years in the mine.

"They called us rednecks back in the day. So a lot of people got offended by that. So they went more conservative."

If Trump's tell-it-like-it-is bravado and establishment-bashing pulled in voters fed up with the status quo, his presidency has also sharply widened divisions, with no one feeling it more than minorities.

The billionaire real-estate developer rose to political prominence propagating an unfounded conspiracy theory that Obama, the first African-American president, was born in Africa, and vowing to keep out Mexican and Muslim immigrants.

Some 13.6 percent of the US population is foreign born and diversity can be seen even in remote small towns, where it is increasingly easy to find Mexican groceries and Vietnamese noodle shops and where the only doctors may be from India.

But she was shocked to see an aunt with three children arrested and forced to wear an ankle monitor before being deported to Mexico.

"I began to think, maybe my vote actually does count," she said.

At a high school competition at the gleaming track-and-field center in Geneva, Ohio, educator Kelly Bullock Daugherty, who is African-American, said she has started to need uncomfortable conversations with her three children.

Her eldest son was going door-to-door with classmates from his racially mixed school as part of a sports fund-raiser when he was stopped by police after someone called to say he was looking into windows.

"Since the election, we as minorities in particular have been more intentional about teaching our children about race relations. Unfortunately, you need to know how to respond in certain situations," she said.

Autobody shop owner Alvin Ross, who is also African-American, said he was stunned to hear people openly use the n-word epithet since the election.

"This place to me has never been as racial. This is the most I've ever seen it," he said as he ate breakfast at the My Girl's diner in Charleroi, Pennsylvania.

"Leave the Mexicans alone. They ain't bothering nobody. They work harder than someone else."

He said he was shocked to hear people complain about pain from Trump's cuts in food stamps but then put up his "Make America Great Again" signs.

"When people of color see those signs, they say, there's a racist. There's no reason a poor person should be voting for Trump."

Sitting one table away from Ross, 72-year-old Tim Bailey had an entirely different frame of reference. A former steel mill worker who backed Bill Clinton and other Democrats, he complained that many people were ill-informed about Trump.

The mainstream media does not talk about Trump's accomplishments, he said. Nor, he said, does it tell of what he alleged was House Speaker Nancy Pelosi's meddling in Ukraine, where allegations of improper pressure by Trump led to his impeachment by the House of Representatives.

"You find out more things that are happening on Fox than on CNN. They suppress things on CNN," he said.

"Those TV stations and newspapers, they're liberals. They push their agenda on people. The schools as well. They don't teach anything on our history anymore," he said.

Across five states, virtually all supporters of Trump -- who is fond of denouncing "fake news" -- said they watched Fox News, Republicans' favorite network.

Many Americans said they could barely agree on common facts with neighbors who now pick and choose which news to follow online.

Toni Carlisle, who runs a store selling wine and gifts in Ashtabula's downtown, regretted how political discourse had turned "nasty, ugly and defensive."

Digging into a plate of tacos, for which he drove 25 kilometers (15 miles) as there is no Mexican restaurant in his town of Wilton, Iowa, Mike Collins said he had lost friends on Facebook over politics.

"I've unfollowed a couple of people just because they are so one-sided," said Collins, 69, a retired union worker and Democrat.

"As old as I am, I've never seen people talk about politics like they are today," he said, blaming the "rhetoric coming out of the White House" for the souring atmosphere.

For all the online clashes and friendships lost in the Trump era, one surprise emerged on the road trip across America -- the enduring civility.

AFP approached dozens of strangers to ask them to take time to speak about their lives and views and not a single person was impolite, even if not everyone wanted to speak.

In Aliquippa, Pennsylvania, which never quite recovered from the closing of the steel mill in 1984, friends and families with often sharp political disagreements come each night to bowl at Sheffield Lanes.

In an uncertain economy, the husband-and-wife team, whose family has owned the bowling alley since the 1950s, has won over customers with special deals, homemade pizzas and even a downstairs club for touring punk bands, with crates on stage emblazoned with the evocative slogan, "Vodka, Viagra, Dirty Books."

Co-owner Richard D'Agostino said that the blue-collar town had more Trump supporters than opponents but that the critics were especially vocal.

"It's fun to listen to the different topics because they all have different sources of information and some of them will gravitate toward the sources they believe in," he said.

As a business owner, he usually steers clear of taking sides but enjoys playing devil's advocate about Trump.

"I'm not so much opposed to his economic policies, but I think that just his personality and his abrasiveness and some of the things he does, I think it makes people hate him," he said.